Life of a Lifeguard: Warren Young on decades of surf, sun and saving lives 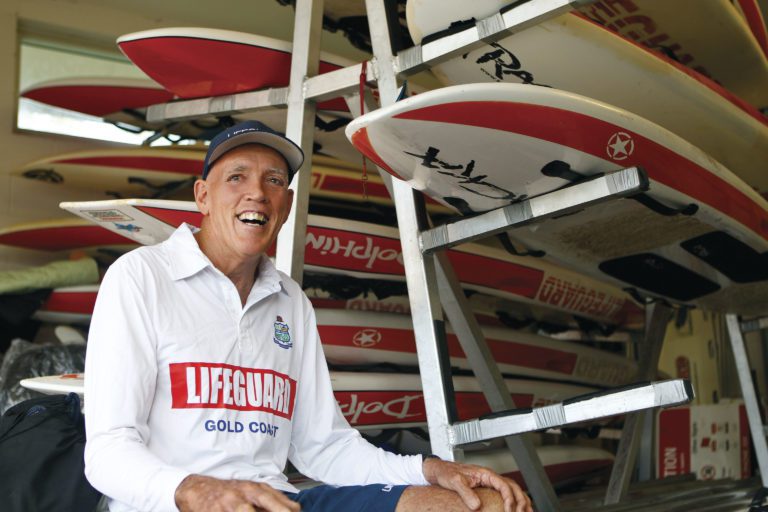 After 47 years on the job, saving countless lives, and establishing Gold Coast beaches as some of the world’s safest, chief lifeguard Warren Young is hanging up the binoculars. 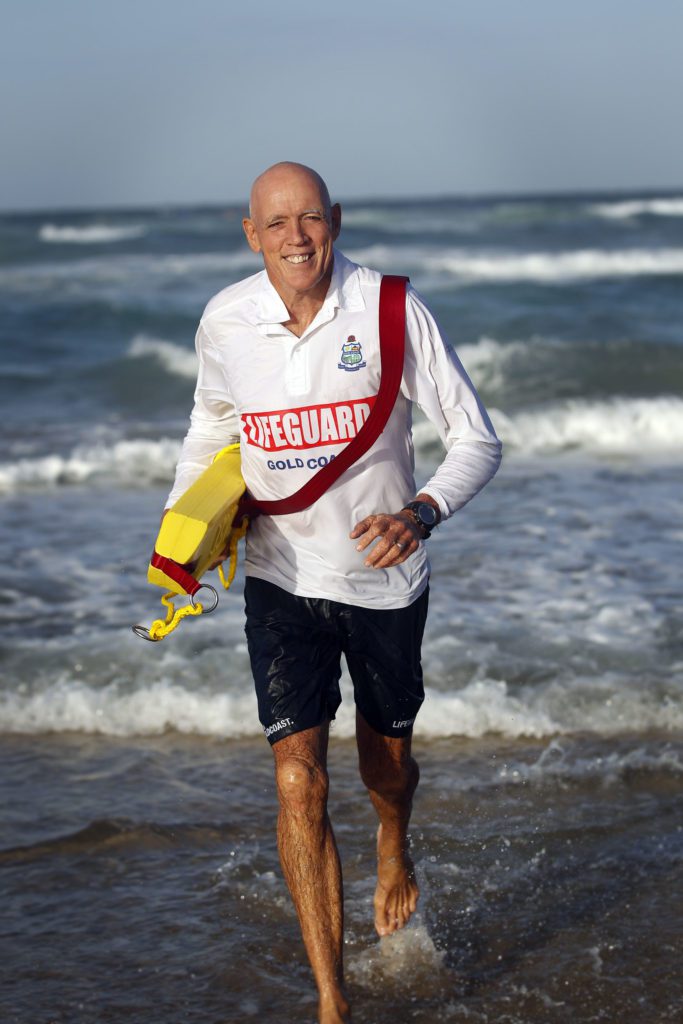 At 71 years old, Warren Young is one of the city’s longest-serving employees and most recognised Gold Coast residents, responsible for overseeing the largest professional lifeguard service in Australia.

On his last day on the beach, Warren reflects upon his illustrious career, attributing his successes to teamwork, a positive attitude and having plenty of laughs along the way.

“Having a lot of responsibility is a scary thing. You’ve got to be serious in the job – but you can’t take yourself too seriously,” says Warren. 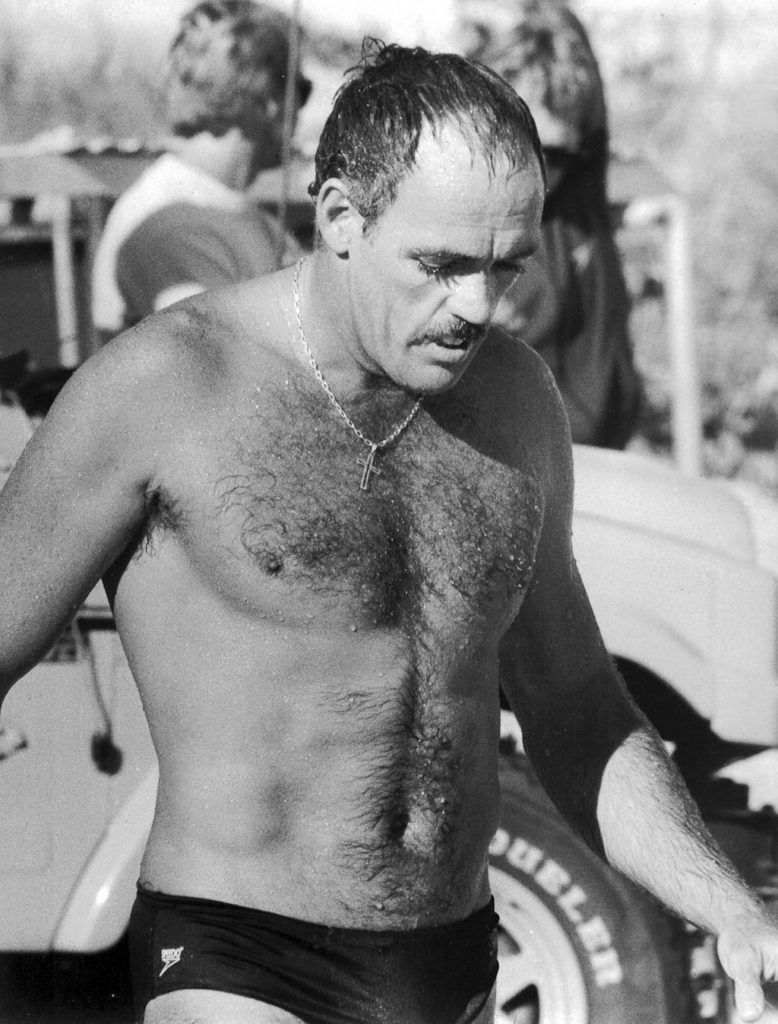 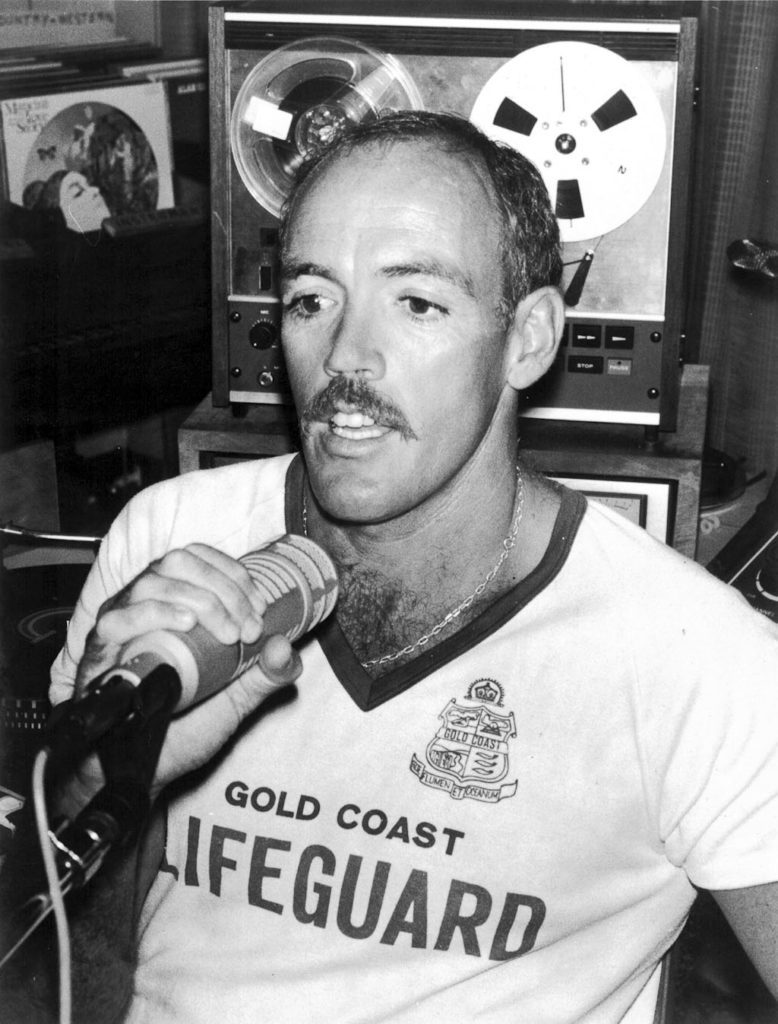 Swapping the city for the sea

Born in 1950, Warren was raised in Brisbane and left high school in Grade 10 to pursue a career in telecommunications.

“I used to come down to the Gold Coast to surf with my mates. It was a friend who convinced me to join the Miami Surf Club as a volunteer in 1968. Getting up early and being able to go for a swim, thrown in with a bit of discipline and competition – I just took to it,” says Warren.

“One day, there was a job opening as a lifeguard at Burleigh Heads. I was working in the heart of Brisbane and I knew I didn’t want to stay working in the city. When I got the job, people were amazed I was leaving a good secure job – but I really loved the ocean, and the Gold Coast was a really happening place for a young person.”

In 1975, just two years later, Warren was promoted to the top job of Chief Lifeguard.

“I remember feeling confident in my ability in the ocean and I thought – I can do this. I had decided I wanted to pursue this as a career.” 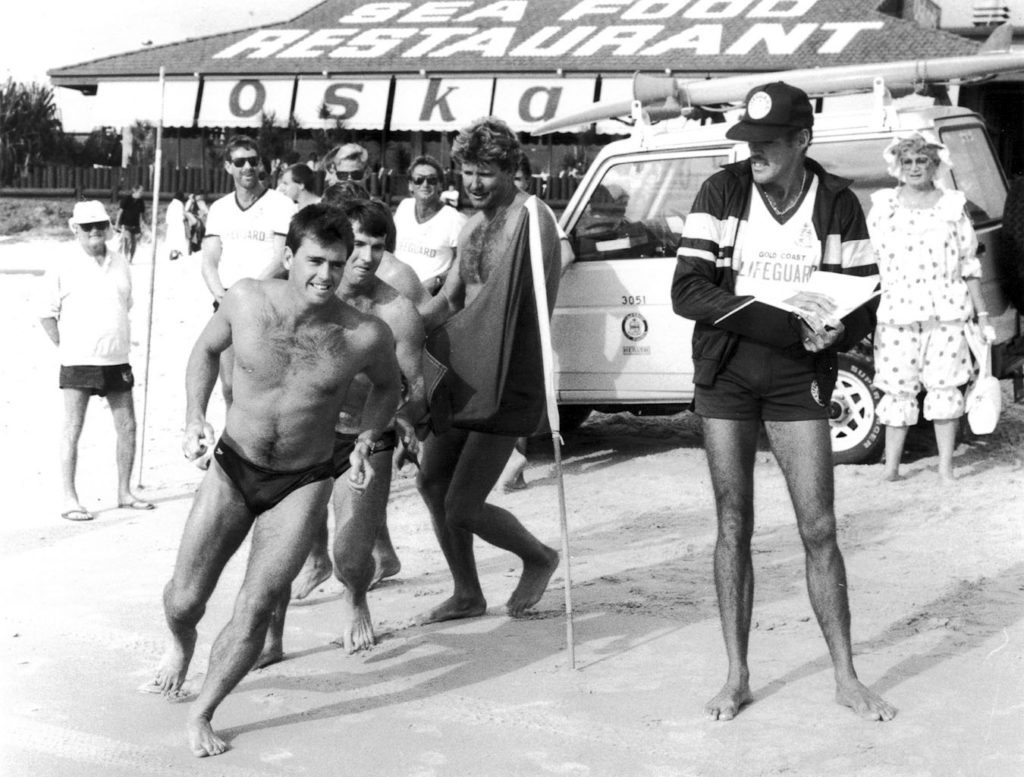 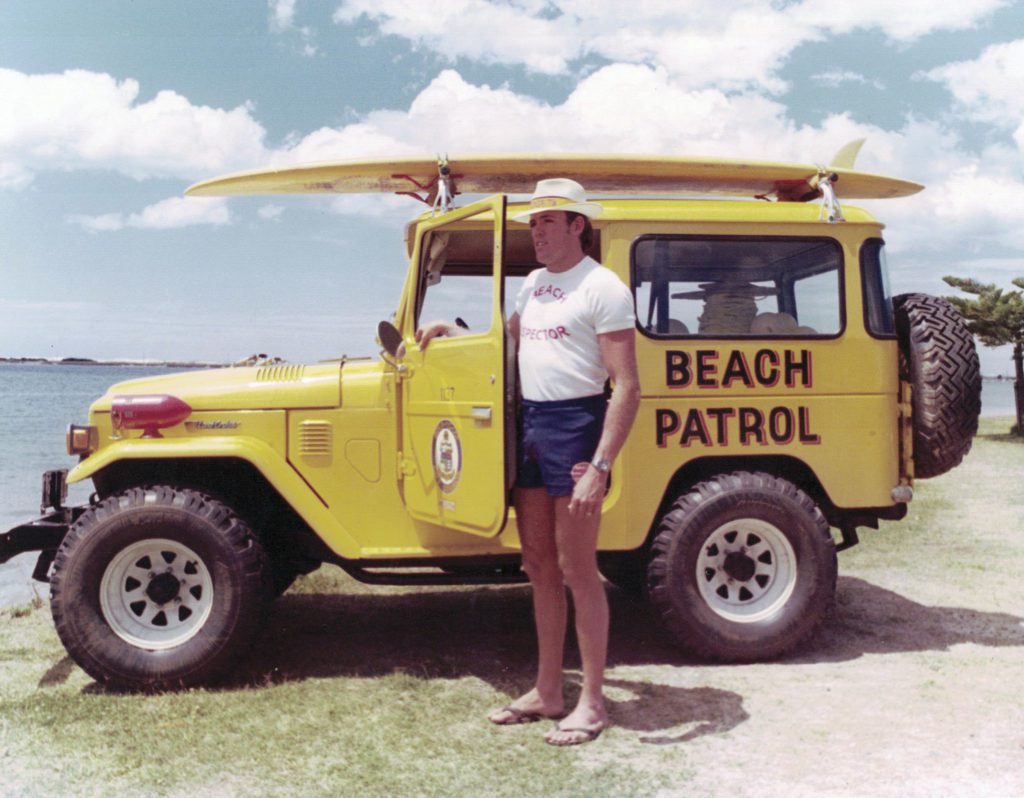 Among the many achievements throughout Warren’s nearly five-decade-long tenure was the implementation of the Gold Coast’s now-iconic lifeguard surveillance towers.

Over the years, the stretch of beach between Surfers Paradise and Main Beach earned the unwanted title of “death alley” after a spate of drownings.

“The Gold Coast has the best beaches, water quality, air quality, accessibility and rescue and lifeguard services in the world. It’s a pretty attractive package. But it’s not attractive if people are drowning,” says Warren.

“We could drive along that stretch every day, but at its best, that’s fleeting surveillance. What the beaches really needed was continual surveillance – preferably from a height which allows a wider span of beach to be monitored.”

In 1989, Warren and his team designed a tower plan, which involved a network of towers strategically located along the coastline to achieve interlocking surveillance.

“I budgeted for three towers a year. The City was most supportive of it. City leaders were aware of the quality of the beaches and what it meant to tourism and what that meant to the economy. They also understood the detrimental effects bad publicity can have on the city’s reputation,” says Warren.

“If I believed in something, I kept on chasing it. If there were funding setbacks, I would come back again the next year and never throw in the towel.”

Today, there are 40 surveillance towers erected over 52 kilometres of coastline. 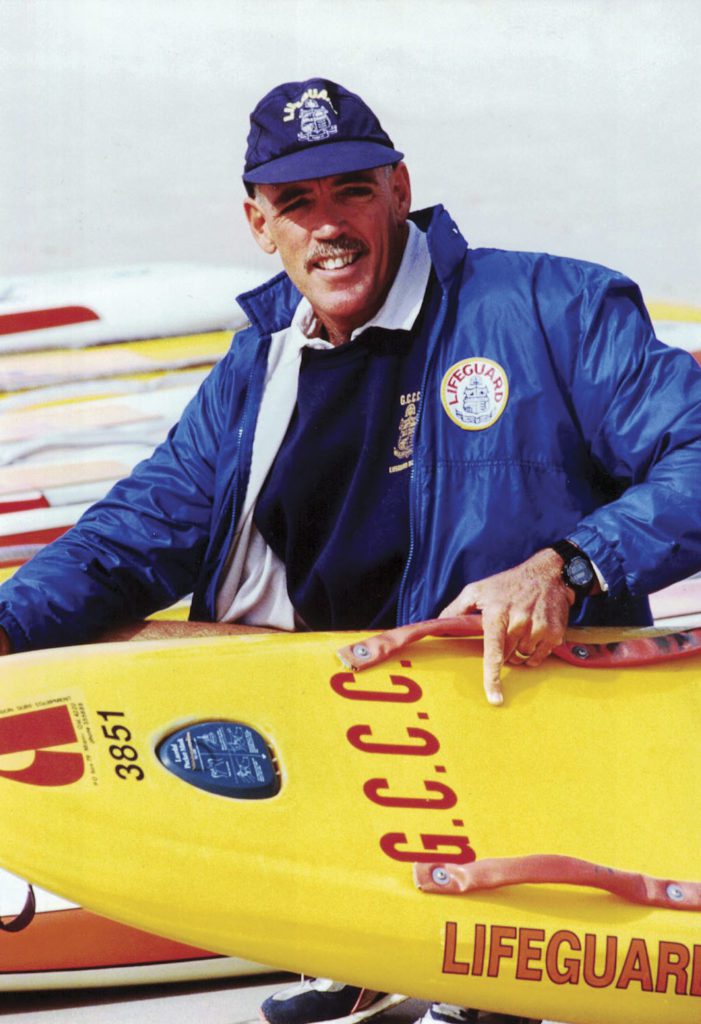 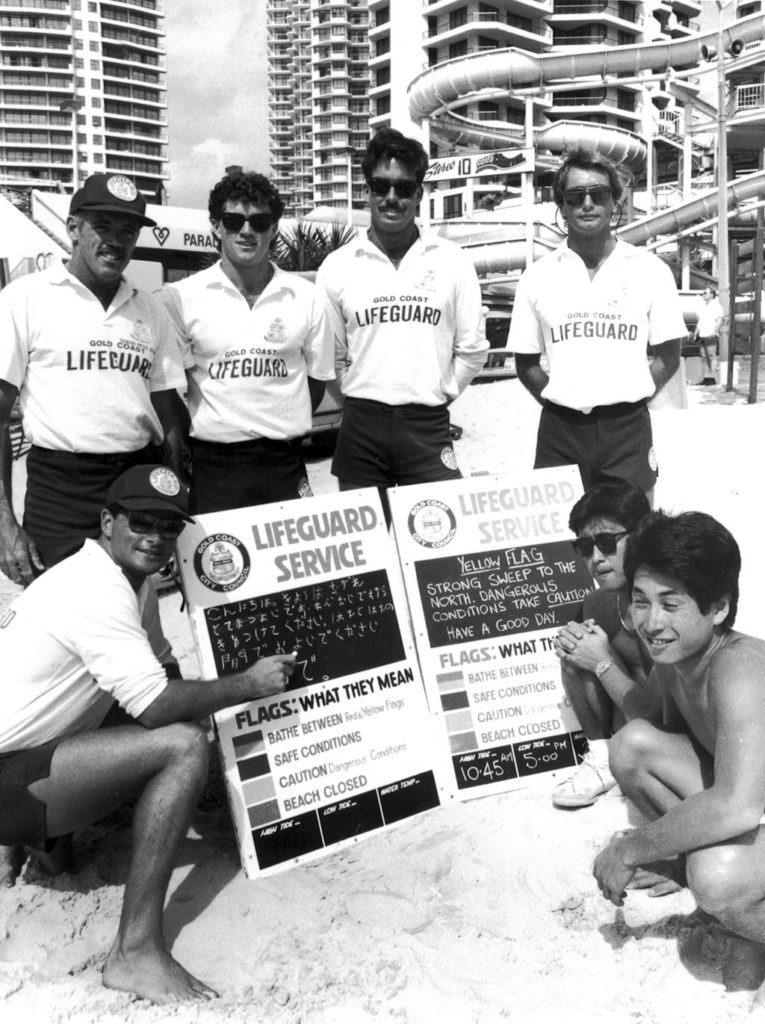 A pioneer in surf safety

In 1979, in an Australian first, Warren implemented a compulsory physical test for the Gold Coast’s lifeguards.

“You can have a good resume, but if you can’t cut the mustard physically then it can’t work,” says Warren.

“Up until then, to become a lifeguard all you had to do was swim 400m in a lap pool. The new test involved swimming from Greenmount to Coolangatta, then running up the beach and back 1,600m, and paddling back to Greenmount in under 26 minutes.”

The annual test garnered national media attention and is still carried out today by all City of Gold Coast lifeguards – including Warren.

In the nineties, Warren’s pioneered push for personal watercraft (PWC’s) saw the Gold Coast become the first location in Australia to implement these life-saving vessels for surf rescues. 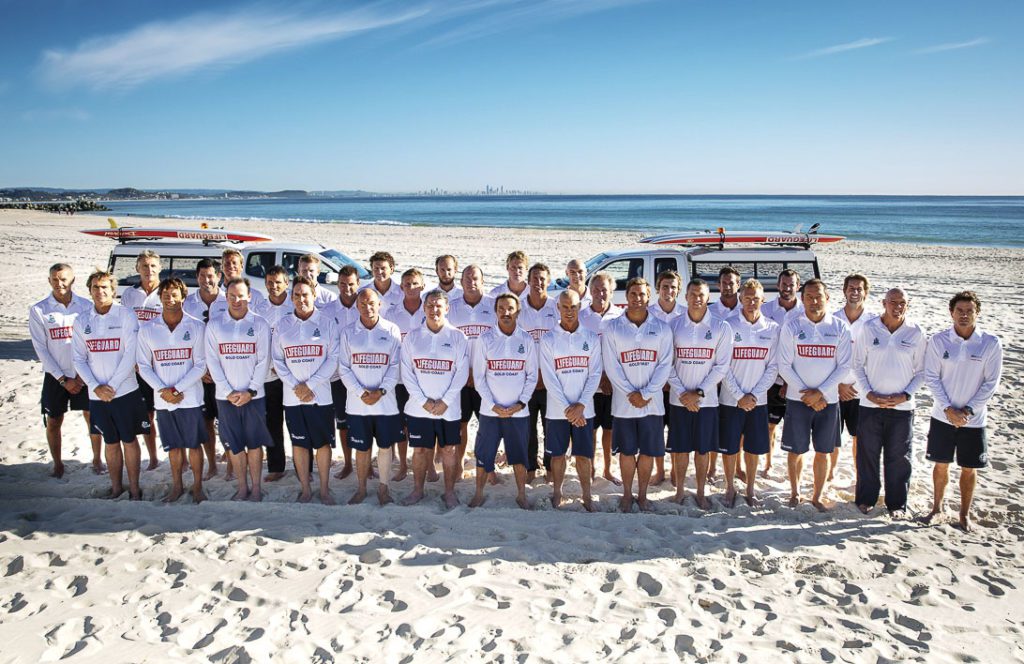 Riding the wave of highs and lows

Throughout his tenure, Warren has experienced exhilarating highs and devastating lows.

“The good thing about the job is there’s no script. You’re thinking on your feet all the time. You meet all sorts of people in situations where there’s no protection,” says Warren.

“I’ve always been surrounded by really good people. When you’ve got team players who you can trust, it makes the job pretty easy.”

Warren warns that you can never underestimate the power of the ocean.

“It’s mind-blowing how strong it is. As soon as someone takes a stroke, we are trained to identify whether or not they are going to struggle in the water,” he says. 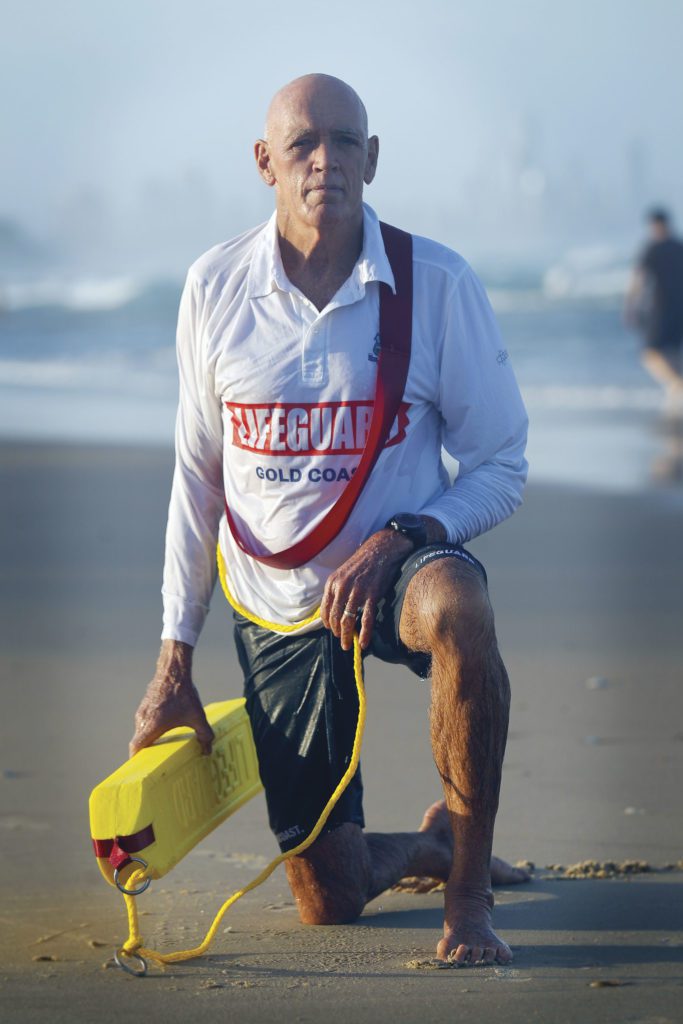 “It’s all about prevention and a quick reaction time. You must act before you think you need to act.”

Warren says the hardest part of the job is that when something tragic happens, you aren’t in the privacy of a hospital.

“The next of kin are nearby and you can’t pull a curtain around you for privacy. Everything is transparent, and you never get used to that,” he says.

To be a successful lifesaver, Warren says, you’ve got to enjoy looking at the ocean.

“It might look like we are just standing or sitting there looking out to the horizon, but we are watching a lot of things,” says Warren. 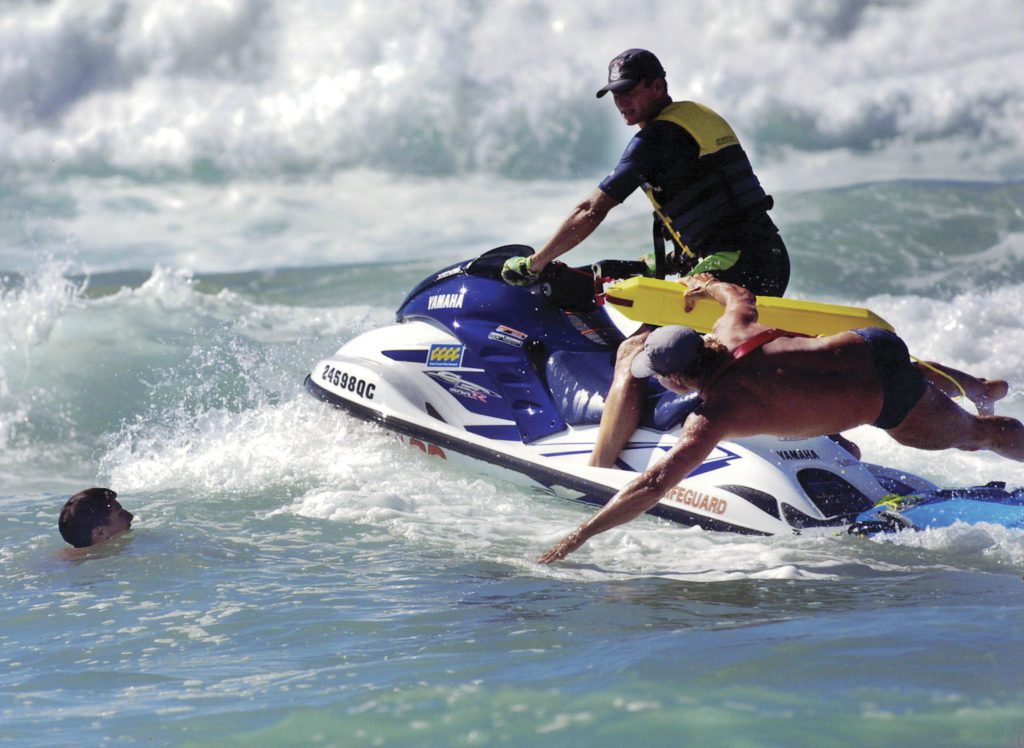 Among Warren’s many career highlights are being awarded the Public Service Medal in the Queen’s Birthday Honour list in 1999, partaking in the Queen’s Baton relay in the lead up to the Gold Coast 2018 Commonwealth Games and meeting some of the world’s most famous people – Princess Anne and the Duke of Edinburgh, upon their respective visits to the city.

Most recently, Warren was awarded Gold Coast Citizen of the Year at the 2021 Australia Day Awards.

In honour of Warren’s extraordinary commitment to the city, the Burleigh Heads lifeguard headquarters is set to be officially named the ‘Warren Young Lifeguard Centre.’

“There’s a lot of people out there doing a good job, so I feel very lucky to be recognised in this way. It’s been a great career,” says Warren. 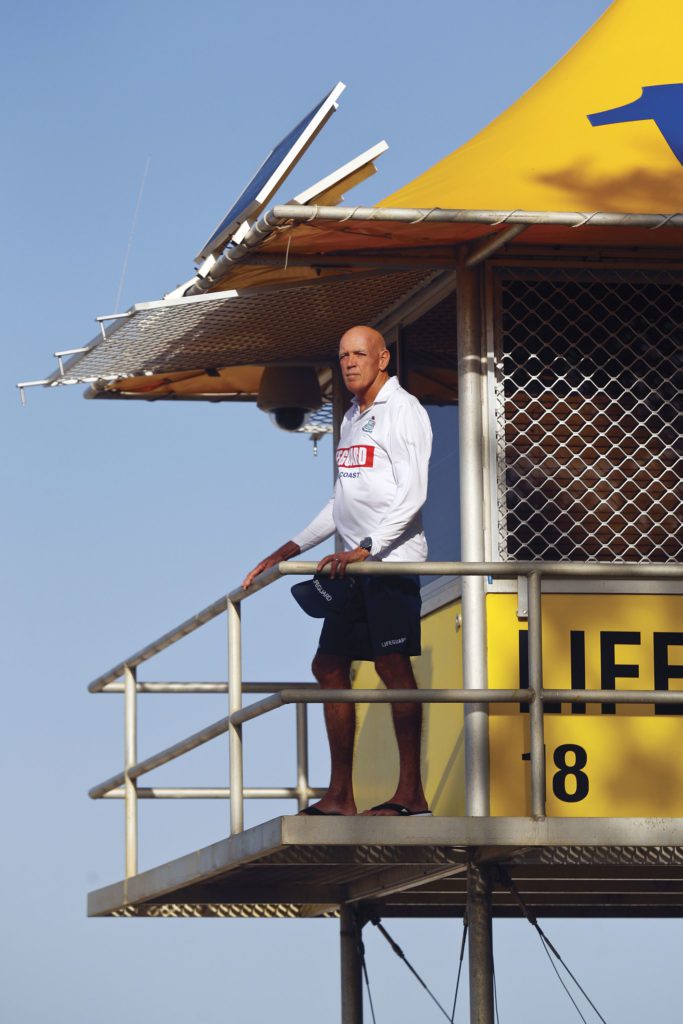 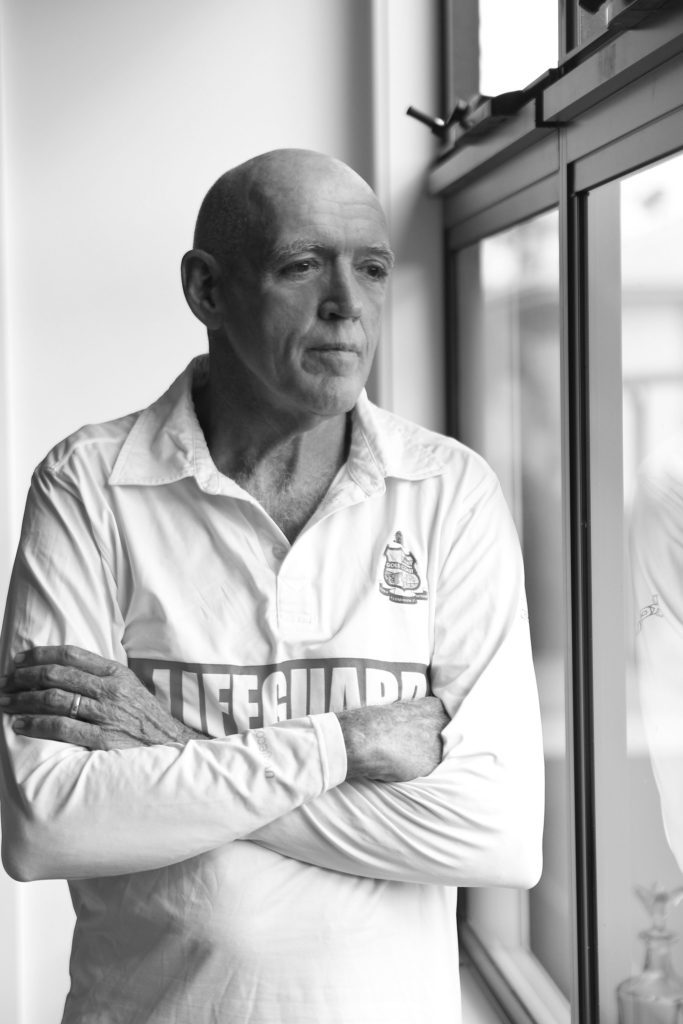