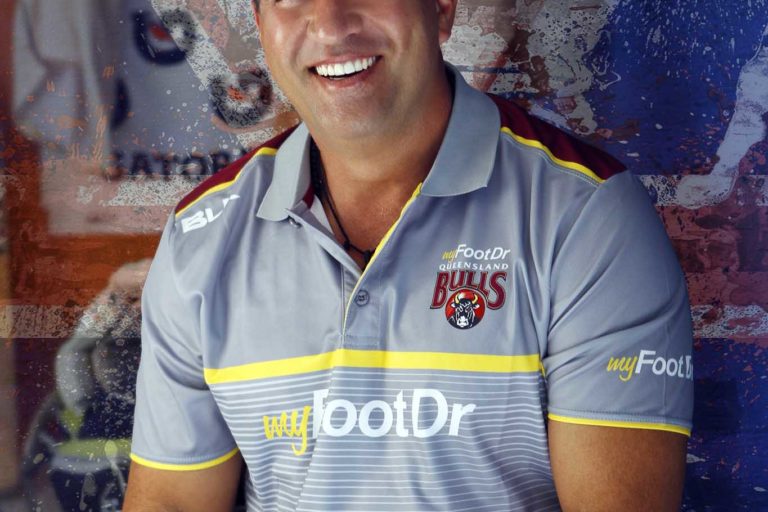 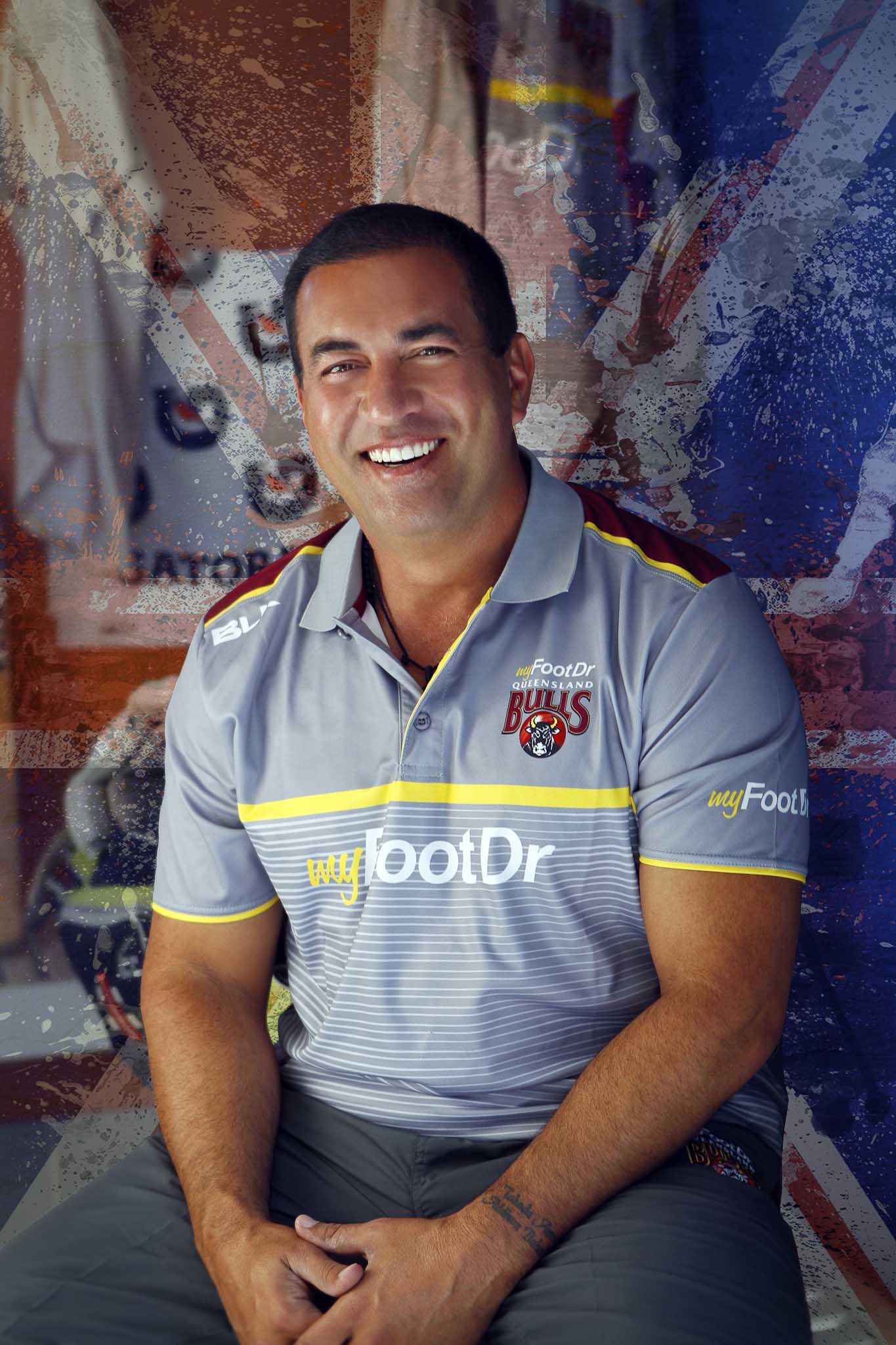 When athletes invaded the Gold Coast for the 44th Commonwealth Games this April, many hoped to achieve sporting immortality. How many achieved this?

Well, there were 275 events, 70 nations, 6600 athletes and 875 medals on offer. Some athletes walked away with multiple medals. Taking that into consideration, up to 6000 athletes went home without a medal, the ultimate measure of success in their profession.

After the 12 days of intense competition concluded, a large portion of these athletes would have immediately begun their preparation for the next Commonwealth Games in 2022 in Birmingham, England. On the other hand, a large number have already or will slip into retirement from the sport that has been the life and soul of their existence since childhood.

So what happens to these athletes in retirement? Where do they go? What do they do?

For many of us, we disappear into the ether, never to be seen again. The next time the public sees us again is in a random, grainy replay during a rain break in the cricket or when a network has some time it needs to fill between reruns of The Bold and the Beautiful.

In some cases, it’s when the tabloids run a story of someone’s financial ruin or mental health breakdown. In fact, ex-sportsmen are among the highest sufferers of mental illness, and the incidence of suicide is several times higher than that of the general population. In fact, professional athletes are four times more likely than the rest of society to suffer a mental illness.

Why is this so? Everything seems so perfect for professional athletes – how could it possibly go wrong for so many?

Athletes need to believe in themselves – this much is common knowledge. They need to believe in themselves almost to the point where they believe they are superhuman. Any less just won’t suffice in the world of professional sport.
Imagine entering the final of a Commonwealth Games event with the attitude of ‘I hope I win, but it doesn’t really matter. I’m not really as good as the other competitors anyway!’ 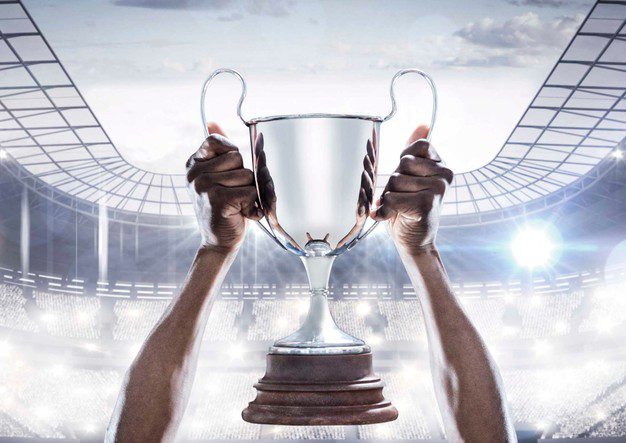 The athlete at this level has spent years of training, with his entire support team around him telling him that he is superhuman, that he cannot be beaten and is superior to the other people in his field.

No coach has ever uttered the words, “Go out there and have a go at winning, but it’s actually more important that you start to think about what you are going to do when you are 45, because you aren’t as good as the other competitors.”

Professional athletes are worshipped in society – in fact, it’s hard to think of a group of individuals who are held in the same high regard by the majority of the population. The ultimate sign of this pedestal-placement is that athletes are (sometimes against their will) given the highly prestigious honour of becoming role models for our children. How many times have we heard the words, “What sort of example is that for our children?”

I asked several athletes (from a variety of sports) if they were comfortable with this, and they were almost unanimous in saying that they were honoured by the thought of being held in such high esteem. However, most felt that it was probably unwarranted…

While the majority of the public has a high regard for athletes, there is an element of society, however, that is critical of them. One of the main criticisms we hear is that they often feel a sense of entitlement. This could be because a large section of society presumes that athletes do not have to encounter the everyday struggles that the rest of society does.
Most management or coaches, in an attempt to allow their athletes to focus solely on their sport, try to remove the grind of the day-to-day; therefore, a large number of athletes usually don’t have to endure the daily chores that most of society has to. For example, imagine Usain Bolt being asked to do his tax returns and trying to organise his calendar in the days leading up to his next big race.

Most people in society aren’t fortunate enough to be given such privilege, but it is an obvious path for coaches and administrators to take. Unfortunately, this probably doesn’t prepare the athlete for what he will endure on reaching retirement. Surprisingly, for most of us in professional sport, the ultimate test will come in retirement.

Although it’s hard to believe, the majority of professional athletes are unable to retire from their earnings in sport. They have to go and reinvent their careers to be able to afford to survive.
For many people, the thought of getting sacked from a job is hard to stomach – let alone one that they have lived so passionately for.

Imagine this: you’ve dedicated your life to becoming a doctor. You’ve studied for what feels like your whole life and have finally secured your dream job. It’s great! You love it. It’s just how you imagined it would be. What then?

Successful athletes are popular and motivated by the sheer excitement of big crowds and the adoration of fans, spectators, and their peers.

Now add to the imaginary scenario that your boss comes and tells you that not only are you sacked from your job as a successful doctor, but you’re also being kicked out of the entire medical industry!

That’s right, not just your specific job, but the entire industry!

You have to go back to university or get the right skills with which to start another career.

Alongside having to reinvent themselves and prepare for a new career, most athletes also have to deal with being quickly forgotten by society and often their sports fans and even their clubs. 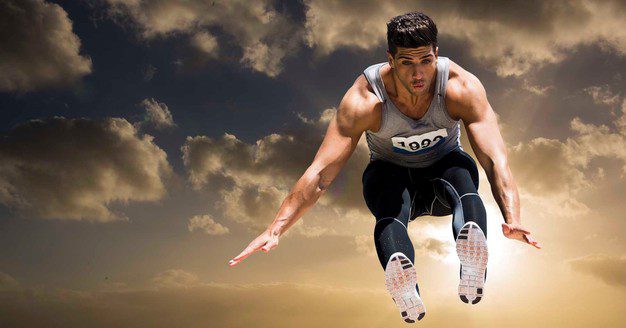 Once retired, most athletes are almost immediately cast from being a hero to a regular Joe. Their icon status is passed on to the next-generation athlete who replaces them on the team and becomes the new, popular all-star.

It’s almost like watching your partner leave you for a younger, better-looking version of yourself. It can be very tough and often leaves the athlete feeling lost and deserted.

There’s jealousy to contend with as well. Who wants to face the fact that your glory days are behind you (maybe when you’re only aged in your late-20s or 30s)? Former athletes are forced to confront this when they see the new superstar’s highlights for the week whenever they turn on the television. For most people, just finding a new career is hard enough – that’s without having to see the new guy who has taken your job enjoying what used to be your limelight.

I mentioned earlier that during their careers, professional athletes are required to focus on their skills to the point that most other daily skills are neglected. As a result, athletes can be spat out the other end of the system with very few life skills or coping mechanisms to deal with events that many of the general population have been dealing with for years. This can make the athlete feel ‘useless’ when they take their place next to their new co-workers in their new profession. In a nutshell, the athlete has gone from being a celebrity with elite skills in one area to feeling outdated and irrelevant in a new, foreign role.

There are some, though, who seem to make the transition seamlessly. So what makes some athletes successful at doing this while others struggle?

The absolute best in the profession normally walk straight from the playing arena to the commentary box or the coach’s seat. Well, the problem is there are obviously limited jobs in media and at the top level in coaching. This often means the athlete is going backward in their career (something none of us like to do). Most members of any profession enjoy a gradual increase in the respect with which they are held in the workforce. For instance, they climb from apprentice through the ranks until ultimately they are CEO or own their own company.

It’s a rarity that someone will be a CEO at age 30, then retire and have to start again in a completely different profession – and at the bottom of that profession.

Employment aside, there are other challenges, too.

Factors that can contribute to this are the lonely existence (for both) and the independence that the partner develops in the absence of the athlete – as well as the fact that they are left at home to look after the house and children, sometimes for months on end. There can be a very difficult reintegration period when the athlete returns home on a permanent basis after their career ends. Many people encounter power struggles with their partners.

It can be hard for partners to watch and deal with a sportsman struggling for a sense of identity. Everyone in a household must adapt when they try to change the rules of a household that’s been functioning in a different way without them around.

These are real factors that can contribute to the breakdown of marriages and ultimately add to the difficulties retired athletes encounter.

Mental illness is rife among the general population as it is, with one in two men having already suffered some form of mental illness by the age of 40. But with all of these challenges facing retiring athletes, this can create the ‘perfect storm’ for struggles.

To compound all of these problems – loss of career, loss of earnings, loss of identity and possibly a loss of partner – there are some frightening statistics about the number of athletes who are taking their own lives. While the national average for suicide is 0.00025 of the population, the average suicide of sportsmen is at 0.007 – meaning that an ex-sportsman is 28 times more likely to commit suicide than a regular member of society.

So now that you’ve watched your favourite athletes during the Commonwealth Games, it may be worth considering that some haven’t faced their biggest challenge yet. Those come after the crowds disperse and the stadiums are empty.

Ironically, they are trained to deal with every possible situation that may arise – except for the one that they often prepare for the least.