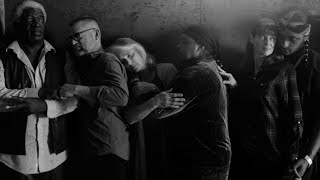 Maintaining a united front against racism, xenophobia, and discrimination and championing unity and equality worldwide, Lenny Kravitz teamed up with the UN Human Rights Office for the recent official release of his new single “Here To Love (#fightracism).” Today he reveals a powerful and timely cinematic music video for the track.

The video, which is directed by Kravitz, is aimed at celebrating diversity, while simultaneously showcasing a unified human race. “I chose to direct this video because I wanted to show our beautiful differences, while also celebrating our oneness. We as people are strong. We must come together and love.” Says the “Here To Love” singer.

The piece is also Kravitz’s music video directorial debut; a powerful message that he will continue to spread throughout 2020 as his Here To Love World Tour will come to Australia in April 2020 playing in Sydney, Newcastle, Melbourne and Bluesfest at Byron Bay.

Article 1 of the Universal Declaration of Human Rights states that “all human beings are born free and equal in dignity and rights.” “Here To Love” reaffirms this universal principle and illustrates the call from Kravitz, “We must all unite for we are one creation, we must join the fight, together we are strong, we must do what’s right in every situation, love each other’s lives as you would do your own.”

“Here To Love” will be the theme song of the UN Human Rights Office’s #Fightracism campaign throughout 2020 and beyond.

The song also remains a worthy addition to his venerable catalog. Notably, Rolling Stone proclaimed the album version as “one of his most striking vocal performances in recent years,” and Paste noted, “the sentiment is so needed and so noble that it still manages to raise a few goosebumps by the time the rousing finish rolls around.”

About the UN Human Rights Office:

The UN Human Rights Office leads within the United Nations system the promotion and protection of human rights for all. Under the leadership of the High Commissioner and with a staff of 1,300 working in more than 70 countries, it aims to make human rights a reality in the lives of people everywhere. More on www.ohchr.org and www.standup4humanrights.org