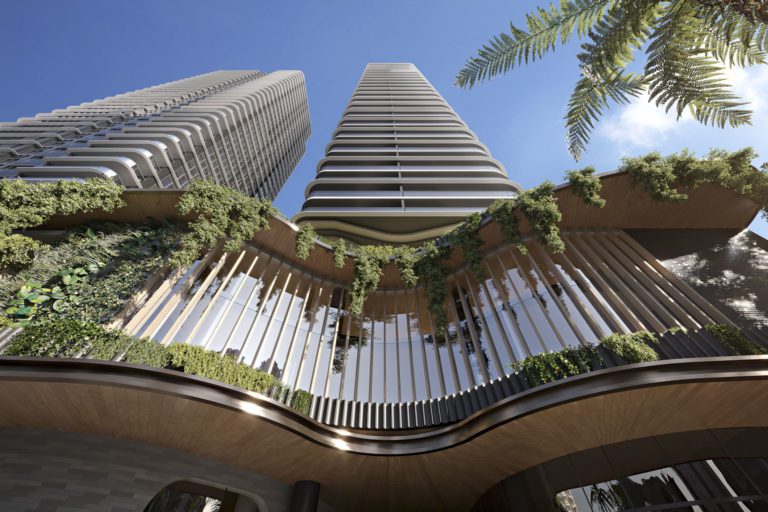 One of Australia’s largest privately owned property and hospitality groups has announced plans for a new $800 million residential and commercial project that will transform the heart of Broadbeach and create a vibrant new destination precinct for the Gold Coast.

Iris Capital, headed by Sam Arnaout, has unveiled plans for the landmark mixed-use development on the site of the iconic Niecon Plaza which the company acquired for $58 million earlier this year. 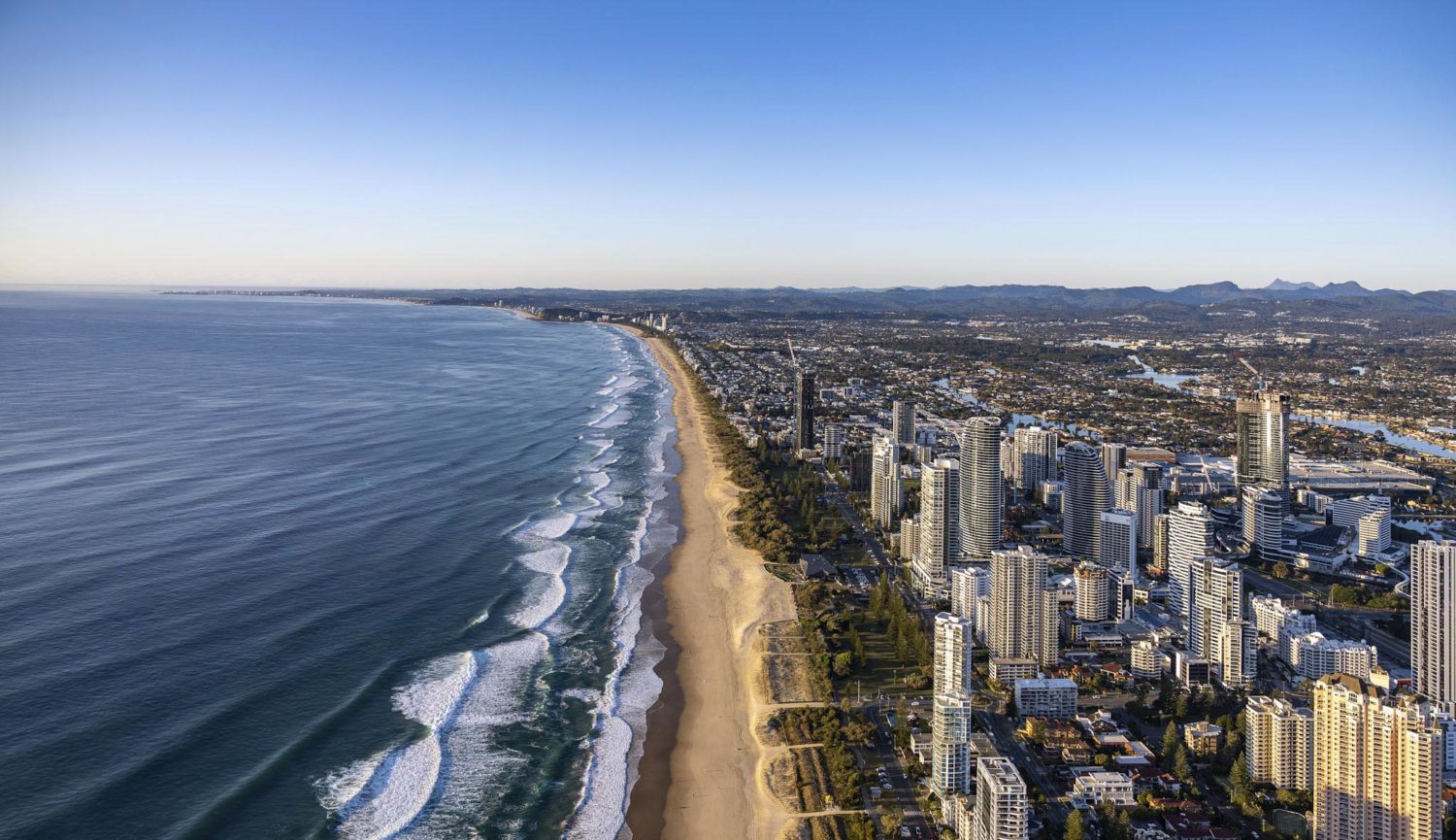 It will be one of the most significant new developments for Broadbeach since The Oracle project was completed over a decade ago by the Gold Coast’s prominent Nikiforides family, the original developers of Niecon Plaza.

The Sydney-based Iris Capital, which has interests in hotels, wineries, land subdivisions and major urban renewal projects, is targeting Broadbeach after identifying the area as the Gold Coast’s dominant coastal suburb driven by its cosmopolitan appeal as the city’s premier retail, dining, entertainment and leisure precinct.

“The opportunity to purchase the Broadbeach site was not taken lightly and is in line with what we have been looking for – a multi-faceted, mixed-use project with ground-floor activation that complements the vertical village we are proposing,” said Mr Arnaout, the founder and CEO of Iris Capital.

“In my opinion, this is the best site in Broadbeach to deliver a landmark transformative precinct that will be well received by the end-user market and become an important legacy project for the Gold Coast.”

Iris Capital is planning two towers on the site, both towers will be topped by two sub-penthouses and one exclusive penthouse each.

Embracing the surging demand for larger, premium coastal residences on the Gold Coast, the east tower, to be named The Albert, will comprise 114 spacious two, three and four-bedroom apartments over 30 levels.

The west tower, The Victoria, will rise over 40 levels and deliver 219 apartments with configurations of one, two and three bedrooms, adding to the diversity of the project by appealing to both investors and downsizers.

Residents will also enjoy Podium Club facilities located on the fourth level and designed to enhance the resort-style living for residents and guests.

The Podium Club will feature a 25-metre lap pool with outdoor dining and barbecue area; a spa and steam room; a Zen garden; yoga deck; boutique resident’s lounge and a kid’s club area with playground, all surrounded by lush sub-tropical gardens.

V&A Broadbeach will also have unique inclusions such as lavish double beach shower and surfboards storages designed to cater to the suburb’s famous beach lifestyle.

Topping off this iconic residential offering is the Residents Skylounge on the top level of the Victoria tower complete with luxury dining, lounge, wellness and work zones perfectly designed to embrace the spectacular views of the surrounding coastline.

The residential towers will be complemented by a new curated 5458sqm of retail, dining and office space spanning over two levels, activating the site as a premium venue for visitors and locals to live, work and play in Broadbeach.

“Broadbeach is on the move and a new destination precinct is long overdue to complement the growth the region is experiencing,” said Mr Arnaout.

“Our plans have been carefully crafted to ensure this will be a destination for everybody to enjoy. With every project we undertake, we like to dive into the DNA of an area and deliver for the end user. V&A Broadbeach will meet those objectives and transform what is already one of the most dynamic and most recognised areas of the Gold Coast.”

Among the major projects Iris Capital currently has under way is the $1 billion East End urban renewal development in Newcastle’s city centre. The company was chosen to deliver the multi-stage development in 2016 following a competitive government tender process. 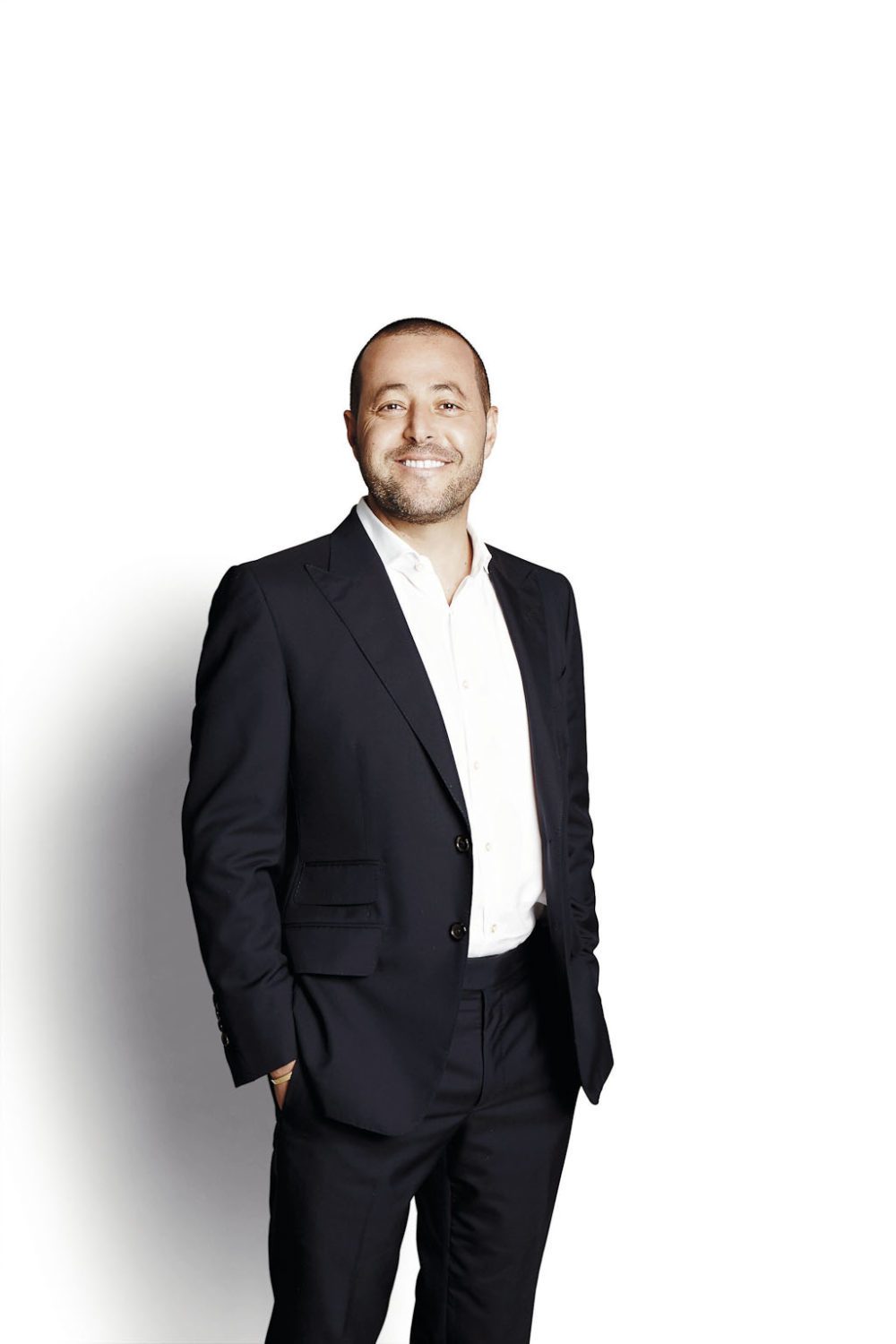 Mr Arnaout said Iris Capital has been looking to expanding its operations outside of NSW for some time, initially exploring a move into Victoria.

“However, the way the market is heading and how buyers have responded to south-east Queensland has definitely driven our decision to expand further north as opposed to Victoria,” said Mr Arnaout.

“The onslaught of investment and migration into south-east Queensland, the prospect of the Olympics in 2032 and regional growth over the next decade have certainly changed our strategic focus. For us, it’s a no brainer.”

Broadbeach is among the Gold Coast’s biggest development hotspots, led by the $2 billion master plan for The Star Gold Coast casino site, the light rail extension and the recent $670 million expansion of Pacific Fair that has cemented its position as Australia’s fifth-largest shopping centre.

“Broadbeach is home to some of the Gold Coast’s most iconic developments, among them The Oracle and the Wave building,” said Mr Arnaout. “Our plan is to add to the Gold Coast’s impressive skyline by creating an impressive new architectural focal point that will become a destination in its own right in the heart of Broadbeach.”

Colliers International Gold Coast has been appointed as project marketer for V&A Broadbeach, overseeing the apartment sales and the leasing of the retail and office precinct over the course of the development.

“This is one of the most exciting projects on the Gold Coast in many years,” said David Higgins, director of Colliers Gold Coast.

“Broadbeach currently has historically low levels of available apartments for sale, V& A Broadbeach will really appeal to those buyers wanting a holiday apartment or to make the move to reside in Broadbeach in what we see as the most walkable village location on the Central Gold Coast.

“It is a landmark development that will herald a new era for Broadbeach, enhancing residential and retail diversity of the area. The additional office space within the development will also meet strong underlying demand as Broadbeach enjoys one of the Gold Coast’s lowest office vacancy rates.”