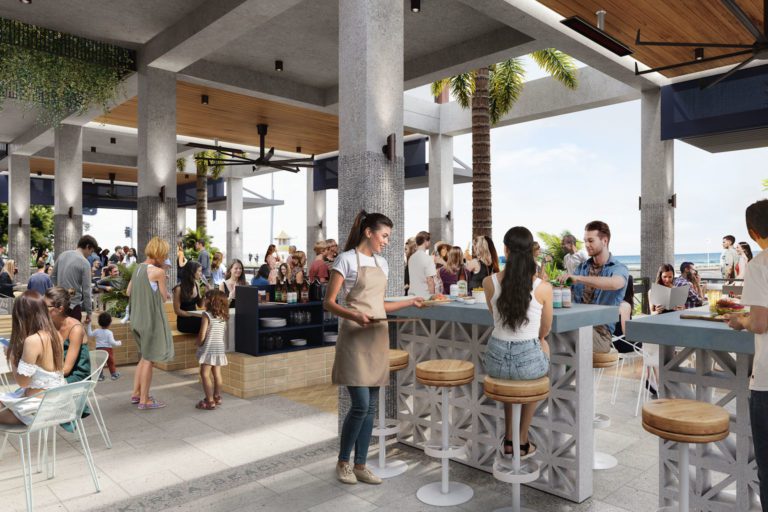 The last drinks have been served at one of the southern Gold Coast’s most historic hotels but there is still a lot of brewing on the site of the iconic watering hole.

The redevelopment of the Kirra Beach Hotel, which has stood on the Marine Parade site overlooking the iconic surf break since 1956, is set to kickstart a jobs bonanza and pour millions of dollars into the local economy.

With the demolition teams moving in, works are underway on a $380 million transformation of the site that will create a destination precinct and change the face of Kirra Beach.

According to a report into the economic benefits of the urban renewal project, it will create a total of more than 1200 full-time direct and indirect jobs throughout the three stages of construction and on completion.

More than 840 construction jobs are expected to be generated during the redevelopment and it is estimated the landmark pub’s master-planned renaissance will support up to 420 full-time jobs on completion.

The report, compiled by respected property advisory company MacroPlan Dimasi, also indicates the redevelopment will provide an economic boom for the southern Gold Coast, injecting $136 million in initial construction expenditure and an additional $61.3 million a year into the local economy.

“The redevelopment of the Kirra Beach Hotel will provide an economic injection for the Southern Gold Coast in terms of capital investment, construction employment, additional short-stay accommodation provision and ongoing tourist expenditure,” it states. 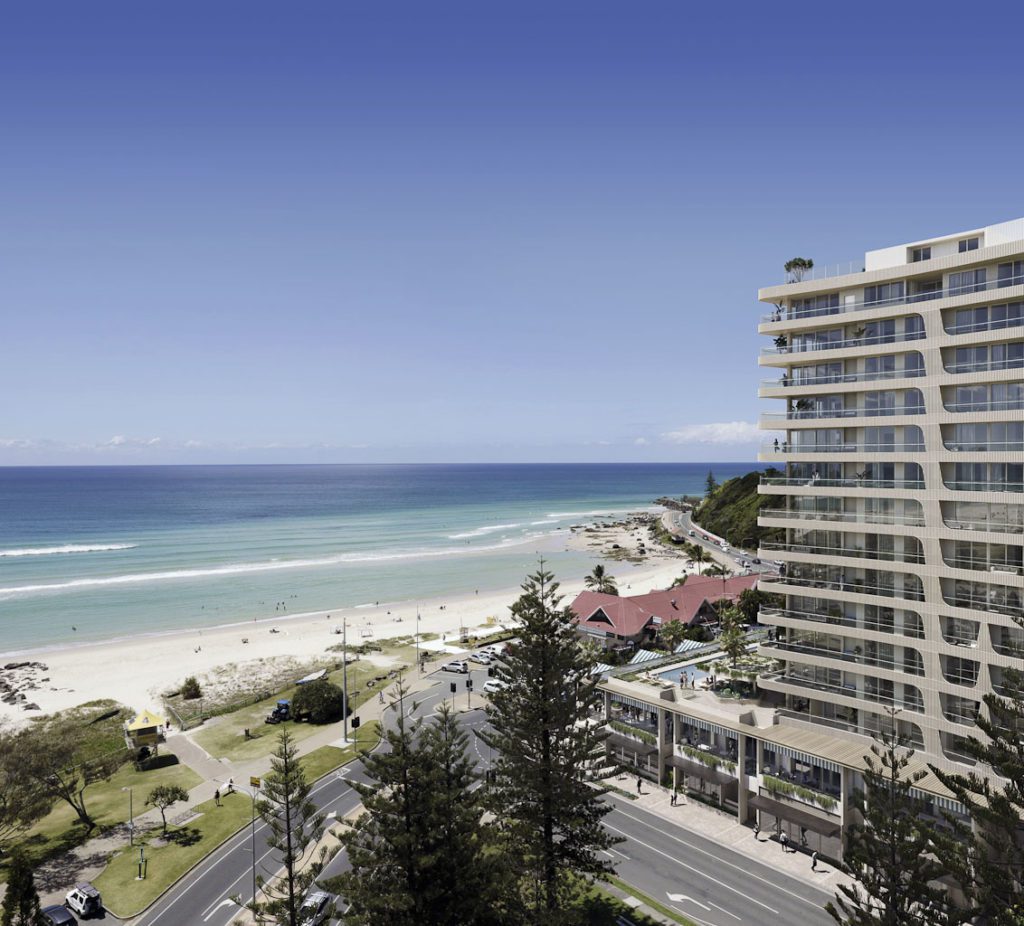 The $180 million first stage of the project which has been master-planned by the Peggy Flannery-led KTQ Group is already close to a sell-out following one of the most successful sales campaigns ever seen on the Gold Coast.

Miles Residences, which will be the first tower to be constructed once the site is cleared, has achieved $100 million in sales since it was launched in December.

Brisbane company Hutchinson Builders has been appointed to construct Miles Residences which will comprise 118 apartments priced from $550,000 for one-bedroom apartments up to $3 million for the most spectacular three-bedroom plus MPR residences.

The masterplan for the Kirra Beach Hotel will create a new heart for Kirra Beach across four individual buildings comprising apartments, a five-star hotel and a new dining and retail hub.

The first stage will keep the pub scene alive in Kirra with a new pub and pavilion to replace the 65-year-old Kirra Beach Hotel, considered a major development of its time that drew an official opening by then Queensland premier Vince Gair.

Originally known as Lennon’s Kirra Hotel, the site has an extensive history with Australia’s surfing culture and was a popular social venue for the budding southern Gold Coast community in the 1950s and 1960s.

KTQ Group, whose Elements of Byron has reshaped the luxury resort and hotel market in Byron Bay, prides itself on adding value to the community and developing high quality and functional large-scale spaces.

When completed the Kirra Beach project will include a second stage, comprising 90 apartments, and a final stage that will deliver an 80-room, luxury hotel and 15 curated retail outlets within a dining and retail precinct.

“We’re on the cusp of a renaissance for Kirra Beach that will deliver an exciting new destination in its own right where locals and visitors will be able to live work and play,” said KTQ Group development director Jeremy Holmes.

“Our plans have drawn on the history of the site that for generations was the social heart of the southern Gold Coast.

“The incredible market response to our first-stage release affirms our faith in our vision for the site which will be delivered over the next few years.”

The sales achieved by Miles Residences came off the back of more than 1000 inquiries prior to the project’s much-anticipated launch on December 27.

KTQ Group, a family-owned company, has owned the Kirra Beach Hotel and surrounding land since 2010 and has crafted its plans for the property with a view to enhance the unique character of the famed Kirra beachfront and to recreate the legacy of the pub that has operated there for so many years.