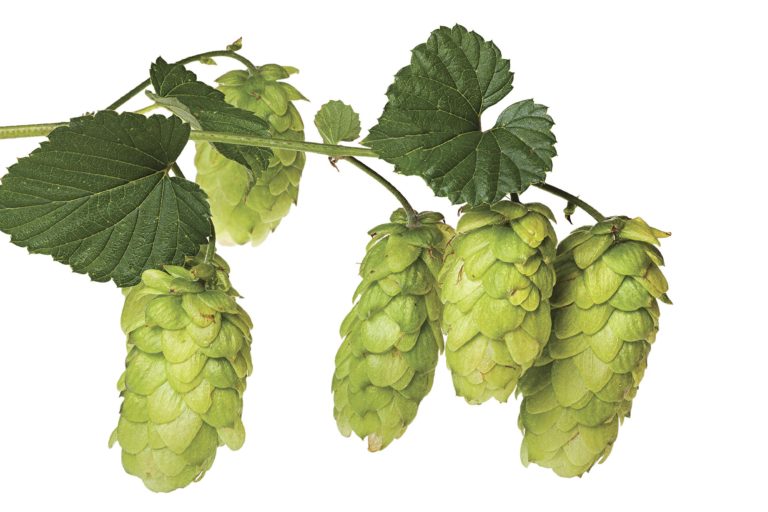 You’re probably thinking about a bunny hopping in the field right now, or maybe a kangaroo, but I’m not talking about that kind of hop – I’m talking about the hops that go into beer. Yes, the English language is stupid and there should be a different word for it altogether, but here’s what hops is all about. 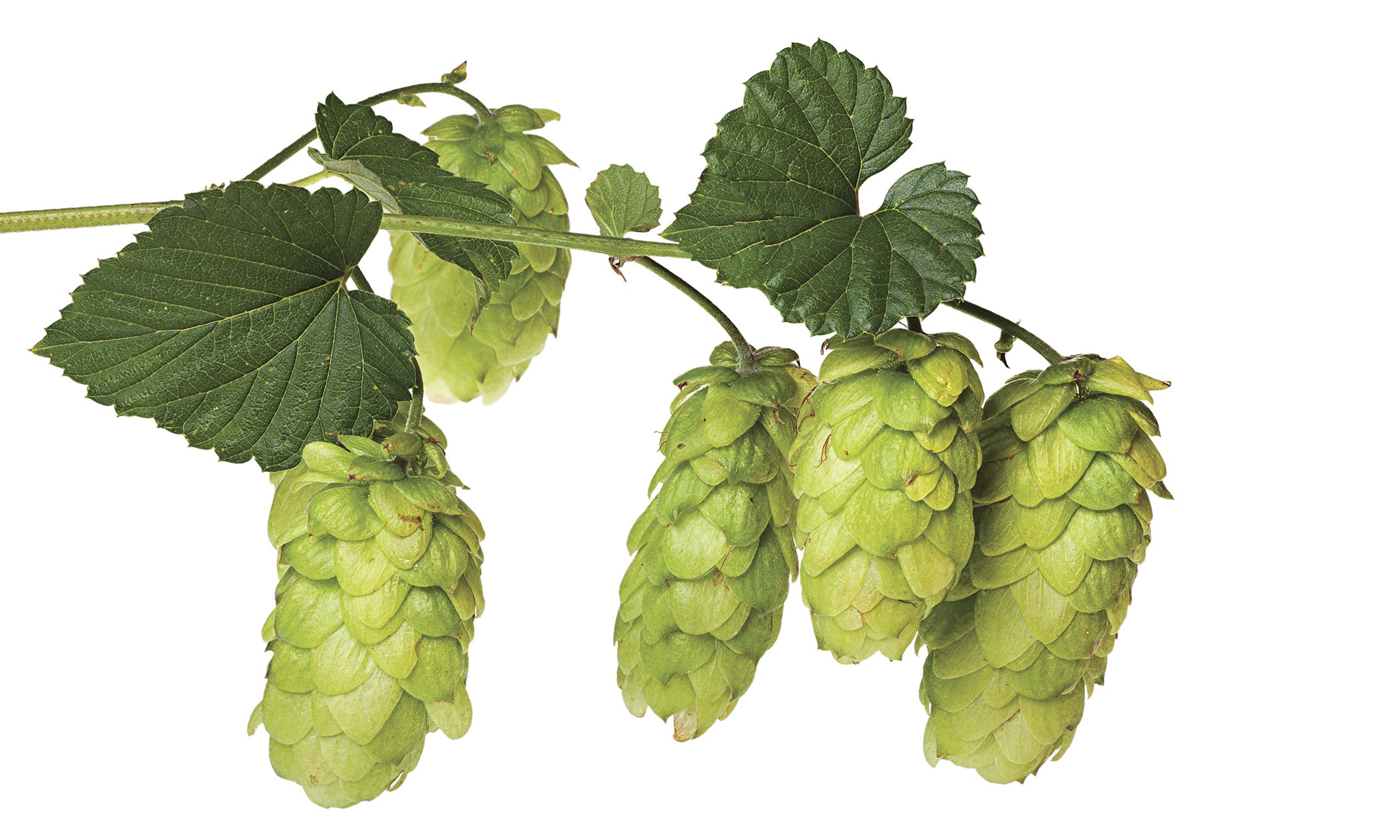 Hops are an integral part of brewing a beer. There are four main ingredients in beer: water, malt, yeast and, yes, hops. To keep it really simple, water makes up 95 per cent of the beer and is an important element, as it is what combines everything together. Malt is your backbone of the beer; it is also the sugars in the malt that are converted into glorious alcohol. Yeast is the little fungi that eat the sugars from the malt and basically poop out CO2 and alcohol, if you will. Hops in a beer add the aroma and bitterness. If you didn’t have hops, you would have a very one-dimensional and boring drink. They also act as a natural preservative, which is why so many beers can have zero preservatives.

We all know beer is old, very old; hops, on the other hand, are not. For years brewers were using a mixture of herbs and flowers (also known as gruit) to add the bitterness and aroma to the beer. Hops were discovered a lot later in the brewing history.

Now, I keep using the word and told you what it does in a beer, but I’m assuming you are asking, ‘what the heck are hops?’ Well, hop vines are a plant species derived from the Cannabaceae family, which is originally native to Europe. Years ago, hops were used for medicinal purposes such as putting hops in your pillow to combat chronic insomnia. If anyone has smelt fresh hops, you can picture the sweet dreams you would have with a hop pillow at night. The hop itself is actually a flower off the vine. They are light, delicate parcels that are shaped like a cone and pack a punch of aroma. The hops are harvested once a year and grow as a vine, so generally they are trained to climb up a string so they are not on the ground where they can get wet and mouldy, and also to keep the fields in check and easy to harvest. 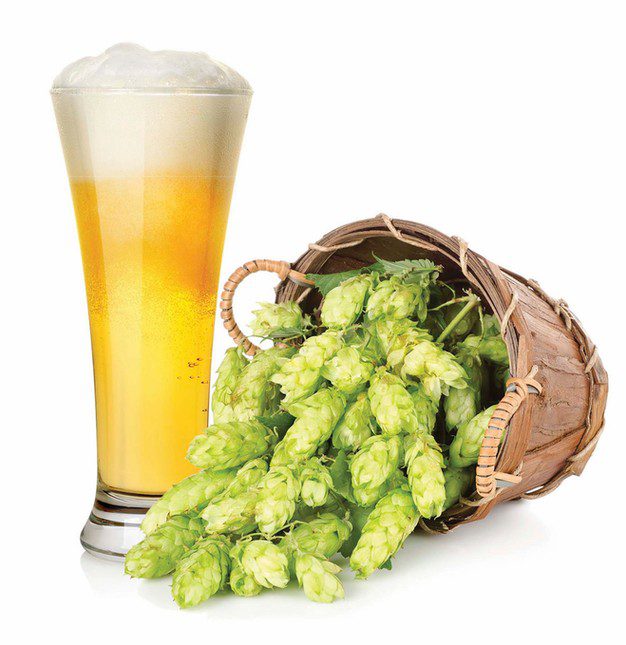 This is where it gets technical…

The technical name for the hop plant is Humulus lupulus. Lupulus is Latin for ‘small wolf’, which refers to the vines’ tendency to strangle other surrounding plants like a wolf to a fox. The vines can grow to be more than 10 metres long and are perennial, so they grow back every year for up to 20 odd years. Generally, the hops are not harvested for plants less than three years old.

Hops cannot grow everywhere in the world either. To make it easy, if you think of where wine grapes are grown, that’s generally the climate you can grow these wonderful vines as well (between 35 degrees and 55 degrees latitudes). Similar to wines as well, there are old world and new world hops and many different varieties ranging from citrus, piney, grassy aromas to tropical fruit aromas.

When it comes to brewing, the hops are used throughout the whole brewing process. Stop and think about steeping a cup of tea for a second. When you have a tea bag in a cup of tea for a second, the water isn’t very flavourful. But when you leave a tea bag in the cup for a long time, the water becomes strong and pungent, so it’s bitter and astringent from the tannins in the tea leaves.
This is similar to hops in brewing: the earlier you add hops in the brewing process, the more bitter character you are going to get. If it’s later in the process that you put the hops in (meaning it’s in for less time), you won’t get that bitterness, but you will get a beautiful aroma. The brewer’s recipe and what style of beer they are making will determine when the hops are added. For example, to make Pale Ale, the brewer will put hops into the boil of the brewing process to add a nice bitterness. This bitterness is to balance the sweetness of the malt. Then when the beer has gone through the whole process and is left in the tank to ferment away, they will add hops to the tank (maybe even in a big bag like dunking a tea bag) to add the aroma (this is known as dry hopping).

When using hops in breweries, they are usually dried and pressed into little pellets to make transport easier and also make it easier for the brewers to use for weighing and so on. Hops also oxidise very quickly, so once a bag is opened, you have to make sure it is sealed back up and kept cold to keep that freshness in.

So there you have it: a simple breakdown of hops. If you are ever in Tasmania or Victoria around March, see if you can find a hop field and watch them harvest. It is truly an amazing thing to see.