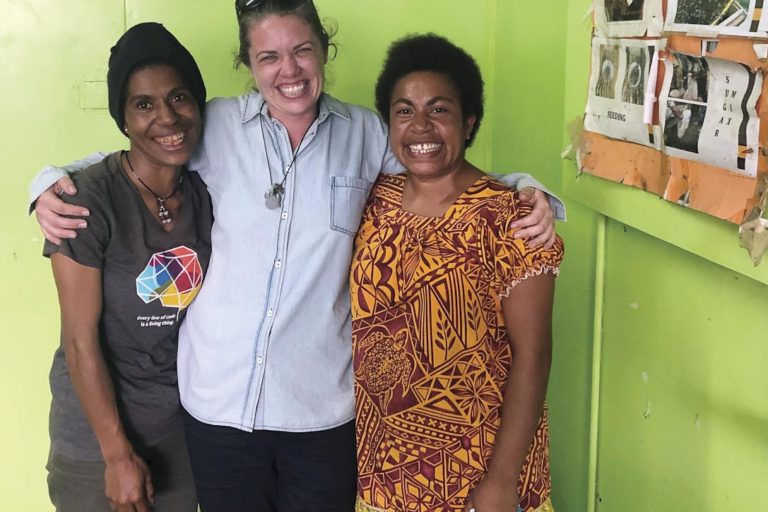 In the Eastern Highlands of Papua New Guinea, a beekeeping project is helping Southern Cross University student Anneliese Austin bring empowerment and opportunity to rural women and their families and communities. 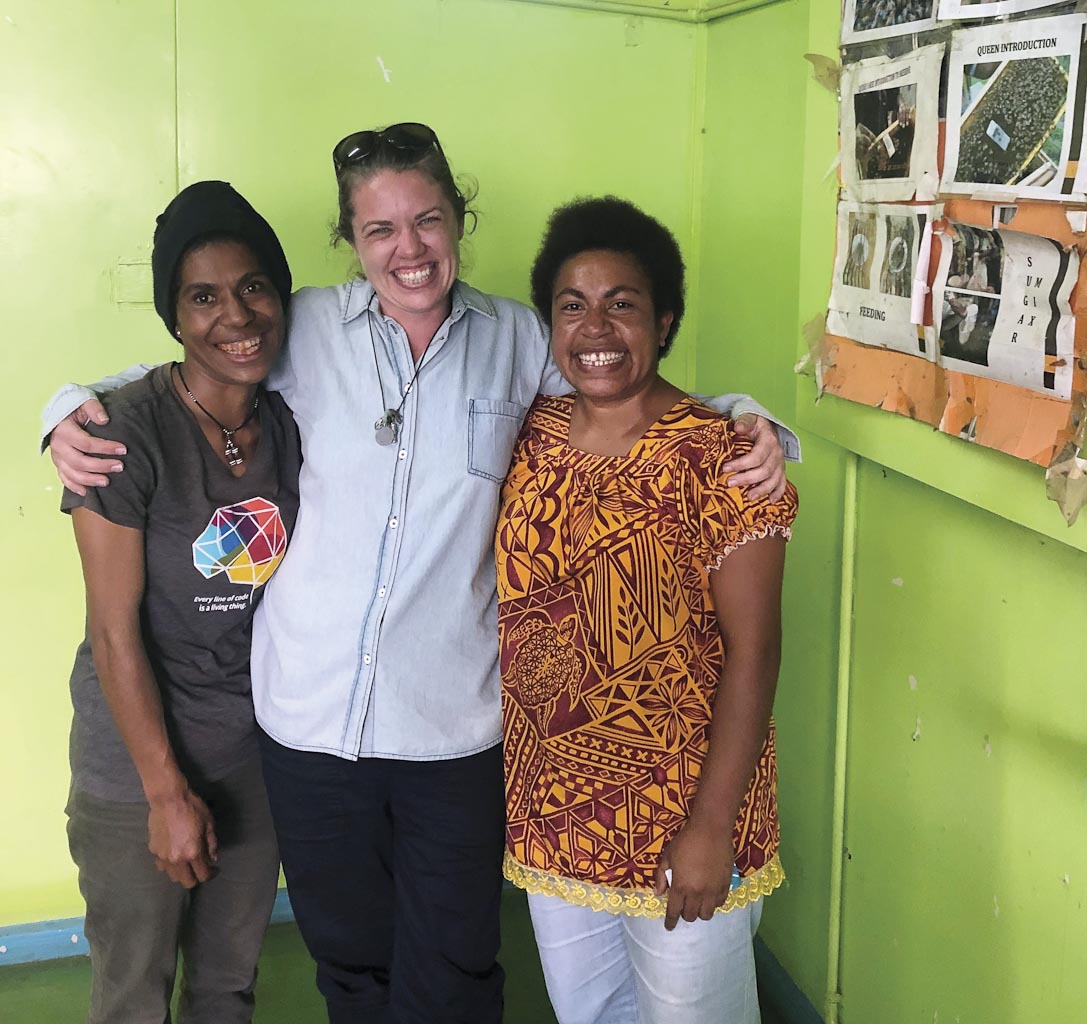 The description is apt, because of all the places and people in the world; the rural beekeepers of PNG are the ones who changed Anneliese’s life. As she speaks, that truth is palpable.

“I was based in Goroka, in the Eastern Highlands Province, where the people are so open and friendly and the land is challenging but resilient,” she says.

“The villagers don’t complain; they simply get on with the challenges that come to them. There’s an intense and powerful beauty there and I just fell in love with it.” 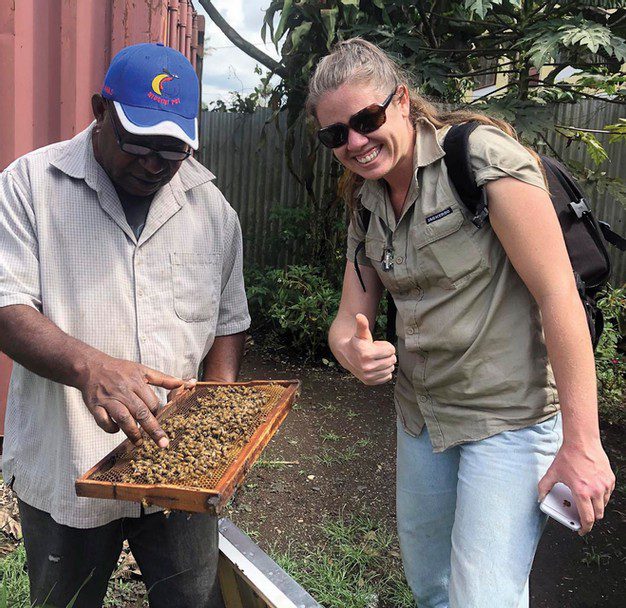 Anneliese travelled to PNG having undertaken an honours degree after graduating with a Bachelor of Environmental Science at Southern Cross University. Her project set out to understand the limitations to women’s involvement in beekeeping activities in the eastern highlands.

It’s a region of broad valley grasslands and subsistence farming on small lots and gardens close to homes, and Anneliese was amazed by the ingenuity and quiet dedication of the people as they grew coffee, pineapples, and other crops. 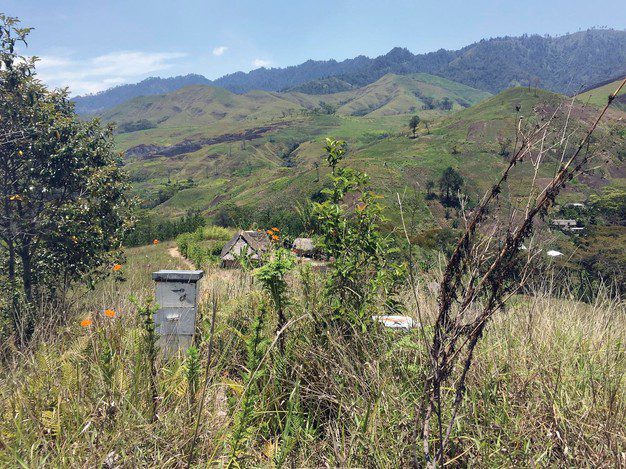 The experience consolidated her commitment to supporting the local people, their agriculture and their environment, with particular emphasis on beekeeping and its opportunities for the greater empowerment of rural women.

“Beekeeping opens up opportunities for rural women in developing nations to participate in agricultural training and to generate income, without challenging defined gender roles,” Anneliese says. “I was inspired by the opportunity to engage with them.”

PNG wasn’t an entirely new experience for Anneliese. Although she grew up on the Gold Coast, parts of her childhood were spent in the Indo-Pacific, including time in East New Britain Province.

Her memories are random but happy, and the connection reawakened when she returned to PNG in October. It also affirmed an already strong environmental conviction.

“I’ve always been passionate about the environment, even though it’s been a bit of a journey to reach this stage of my life and study,” she says.

“I travelled a lot after high school, mainly through Asia and Australia, and came back to the idea of study perhaps a little later than most. However, I value the experience I had and I think it helped prepare me for what I am doing now.” 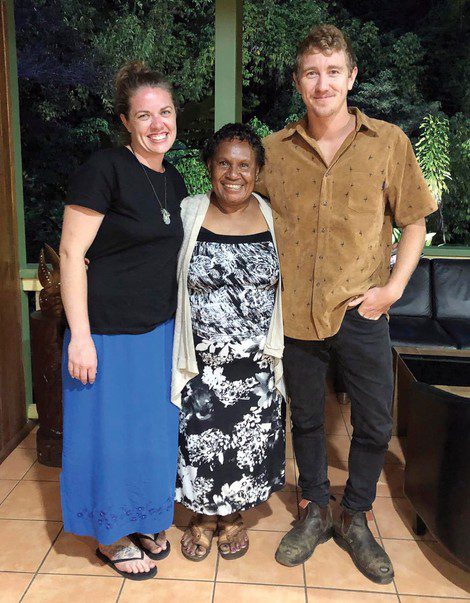 Continuing her studies, Anneliese has begun a Bachelor of Science with Honours for which her research is being guided by Southern Cross University’s Bees for Sustainable Livelihoods (B4SL) research group.

Led by Associate Professor David Lloyd and PhD researcher Cooper Schouten, BSL is based within the university’s Forest Research Centre and supports profitable, productive, and sustainable beekeeping for indigenous communities throughout the Indo-Pacific region.

B4SL recently launched a four-year project in partnership with key stakeholders from the beekeeping sectors in Fiji and PNG. It has support from Australia’s Department of Foreign Affairs and Trade and the Australian Centre for International Agricultural Research.

Meanwhile, Anneliese hopes to be back in Goroka early next year, although first up she has another exciting project to complete.

As the recipient of a New Colombo Plan scholarship, she will soon travel to Sumatra for a project on poverty alleviation and elephant conservation, working with these giants of the Earth before refocusing on those tiny giants of nature — her beloved bees.

“What’s not to love about bees?” she asks.

“A bee colony is an amazing thing. It’s a miniature universe in which every individual works together toward a common goal, a good goal.

“We humans rely so much on what bees do, on what they help to protect, and we cannot take that for granted. What we can do is learn from them.

“If you’re near a hive, you have to be calm and still. You can hear that beautiful hum of incredible activity and production coming from the colony, but you must remain as still and as quiet as possible.

“Maybe there’s a lesson in that, right? And, of course, then there’s the honey — which I reckon is one of the best things on Earth.”