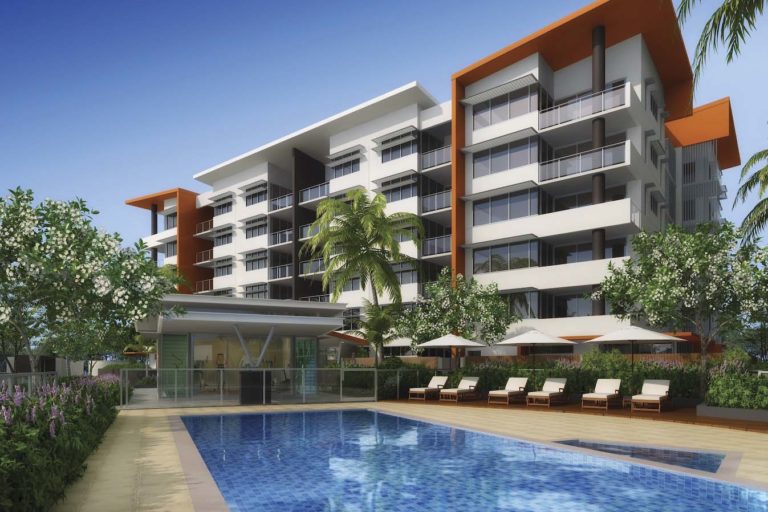 In looking to build its national profile and expand its footprint in key growth areas, McGrath Projects had its sights firmly placed on the Gold Coast.

A city that, in the national eye, was tainted by the global financial crisis but was making a comeback thanks to a burst of public and private investment in the lead up to the 2018 Commonwealth Games.

McGrath Projects saw residential property developers start to respond to the green shoots of recovery that had emerged in recent years.

They saw seasoned local and international players bring forward new projects to meet increasing local, national and offshore appetite for property that, in the context of the entire country, presented exceptional value.

They saw an international market of buyers keen to capitalise on the same fundamentals. 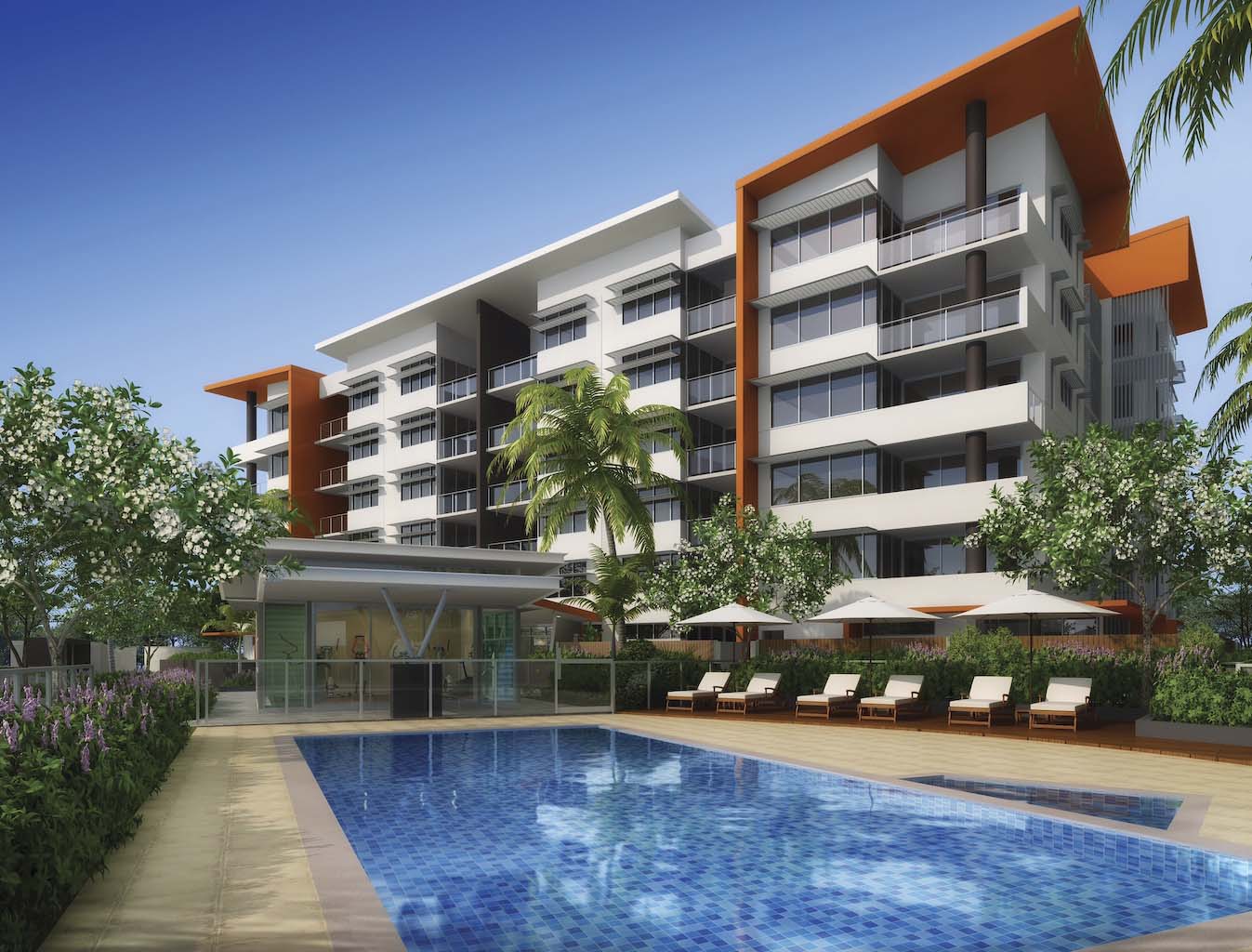 So, working directly with company founder John McGrath, Partner Steven Chen took the agency from strength to strength in claiming its stake in the Gold Coast market.

McGrath Projects has established offices in Brisbane and the Gold Coast to manage a growing workbook of projects in excess of $500 million.

Mr Chen says South East Queensland, and in particular the Gold Coast, is an attractive market for investors seeking strong returns and potential for capital growth.

“The area has a strong population growth forecast and low rental vacancy rates, which is very affordable when benchmarked against Sydney, Melbourne and even Brisbane, and therefore a very attractive investment proposition,” he said.

“The Gold Coast is a growing market with expanding infrastructure and limited apartment supply and developers and buyers alike are responding to this.” 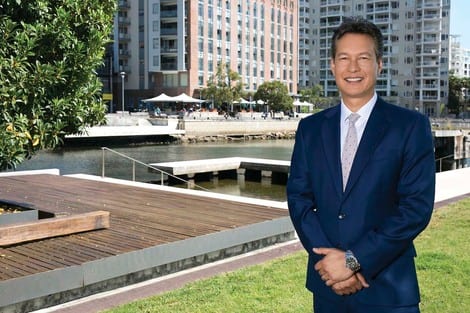 The four-tower project, being developed by SPG Investment Holding Limited and Shino Development Group, sold a record 69 apartments in the second quarter of the year, according to Urbis’ Gold Coast Apartment Essentials report.

Situated in the heart of Robina, Cambridge Residences offers a mix of one, two and three-bedroom apartments just 300 metres from Robina Town Centre’s shopping and dining precinct.

The developers are gearing up to launch the project’s second stage after achieving 141 sales to the tune of about $60 million.

We talk to Steven Chen about the project, the city, and why both are hot property. 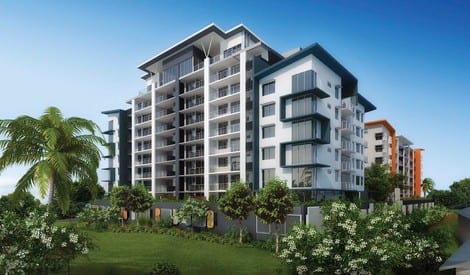 A. After the recent sales success, there are only a handful of apartments remaining in the first stage of Cambridge Residences. Due to the high demand for quality apartment dwellings in the area, the developer has brought forward the next phase of apartment offerings, which will be released in the first quarter of 2016.

Q. What is happening on site and when will first residents move in?

A. Construction has commenced for towers one and two of Cambridge Residences, with tower one due for completion in November 2016 and settlement to begin a month later. We envisage construction on towers three and four to start in mid 2017.

Q. Are there any differences in the second stage?

A. The second stage will be synonymous with Cambridge Residences’ branding: high quality features and lifestyle offerings. However, the apartments will feature a new internal colour scheme, with prices remaining in line with stage one.

Q. Who is buying at Cambridge Residences?

A. Cambridge Residences is attracting a wide range of buyers, including owner-occupiers, first home buyers and investors. After assessing the buyer uptake on the project, we found some key fundamentals coming into play: the premium development team, outstanding location, growing infrastructure, quality design and floor plans as well as exceptional price points. With stage two launching early next year we expect the buyer response will be even stronger than in the first stage.

Q. Have foreign investors shown interest in the project?

A. Yes, we’ve had investors on a local, interstate and international front with an even mix of foreign and local buyers. The Gold Coast is a strong market for investors seeking strong returns and capital growth potential. Cambridge Residences is particularly attractive to investors for its affordability and central Gold Coast location, as well as the expanding infrastructure and limited apartment supply in the region.

A. Cambridge Residences has undoubtedly been one of McGrath Projects’ most successful projects. Urbis’ recent apartment essentials report found it was the fastest selling development for the last quarter on the Gold Coast. We put this down to affordability – and therefore value – and quality. From a sales perspective, the success can also be attributed to McGrath’s integration of local, interstate and international networks including eight local McGrath agencies. Developers David Wang of SPG Investment Holding Limited and Tony Qi of Shino Group have a solid history of quality developments in China and the international market appreciates this reputation. They have also been very astute in engaging Graham Goldman from Eastview as their consultant, who brings with him more than 30 years of local experience having been responsible for some of the city’s most prominent high-end projects.

Q. Is this what prompted McGrath Projects’ expansion on the Gold Coast?

A. Our firm’s expansion into the Gold Coast was always as a total solution to the market including residential sales, property management, home loans and project marketing. Our group identified the need for six star service and delivery across South East Queensland and as a result, has built a formidable team on the ground supported and integrated with McGrath Projects’ head office in Sydney. Our timing in the market was perfect for projects as we entered at the bottom of the cycle. We have had extensive clients from Sydney enter the market at the same time, further establishing our strong interstate relationships.