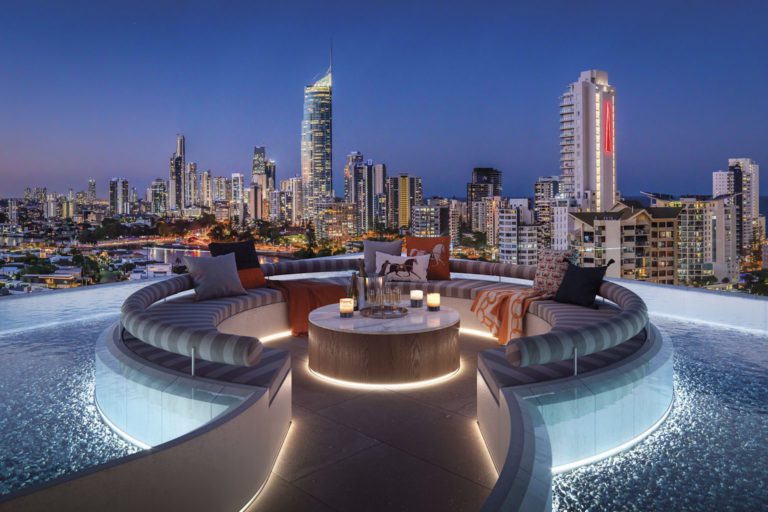 The Gold Coast is the epicentre of Australia’s apartment market.

THE Gold Coast remains the epicentre of Australia’s off the plan, luxury downsizer market, with sales activity in the past month proving to be some of the most frenetic the city has ever experienced.

Here’s a glimpse of what our clients have achieved in May:

S & S Projects notched a phenomenal sales record with its Awaken penthouse rocketing off the market for a whopping $8.15 million. Data from Urbis confirms the monumental result is the highest price a penthouse has ever fetched south of Mermaid Beach on the Gold Coast. 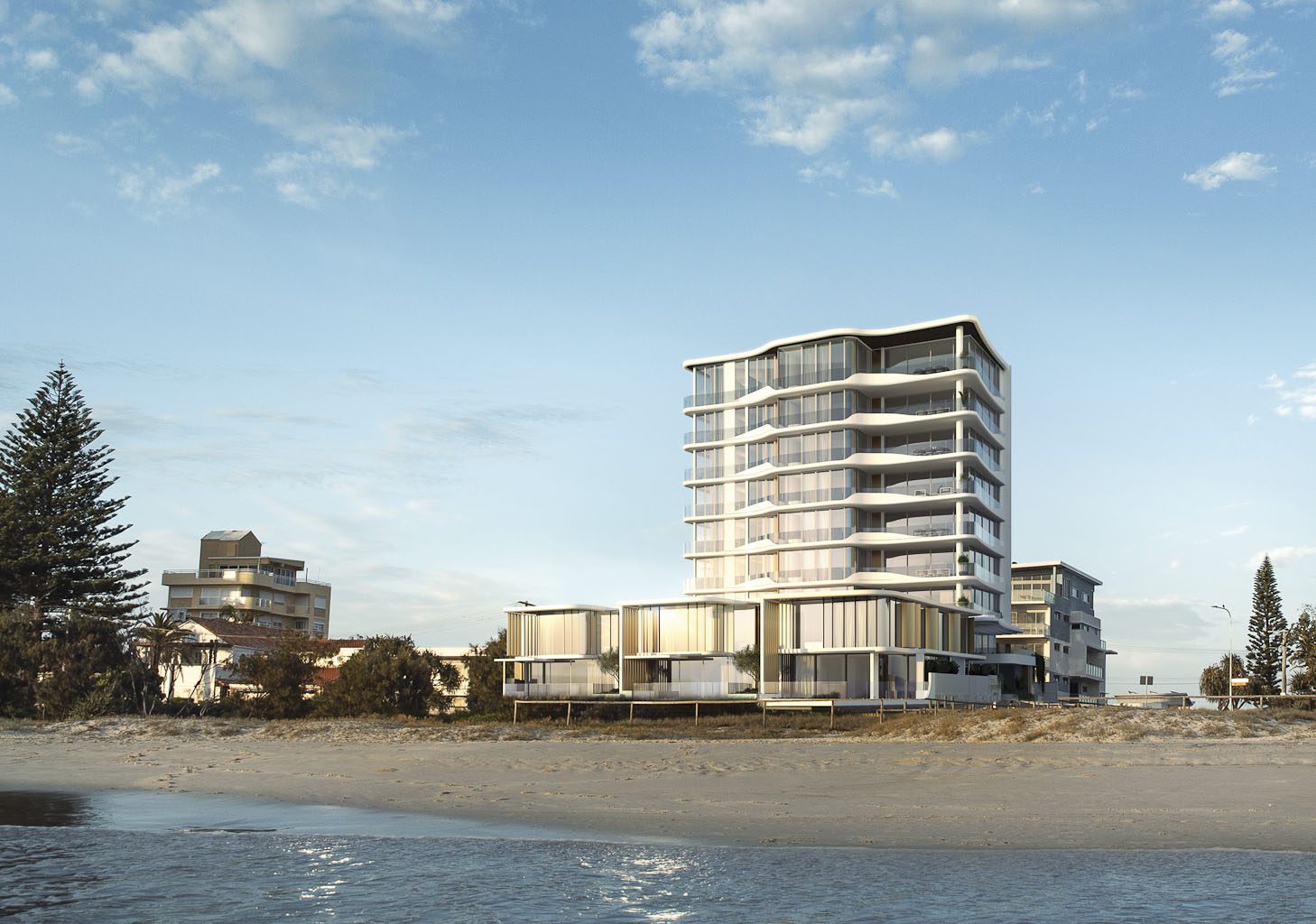 Sydney-based Sammut Developments – no newcomer to luxury development – has come to join the party, lodging a development application for an incredible $200 million, 6-star residential tower that is set to become an icon of the central Gold Coast beachfront.

Another company that has seen a spate of success on Palm Beach shores is Sherpa Property Group, which celebrated a phenomenal sell-out of not one but two absolute beachfront developments within a month. Perspective Two Sea sold out without launching to market, leveraging purely off the sizzling sell-out of its sister development Perspective 488 just weeks earlier.

Spurred on by the momentum of three consecutive ultra-luxury sell-outs in recent months, Spyre Group has followed up with the sell-out of its latest showstopping project, Cala Dei in Coolangatta. The full-floor Cala Dei penthouse sold for an astounding $7.1 million – the second-highest price ever fetched by a south-Gold Coast apartment, following Awaken.

One company that has become an industry leader in redefining luxury living amenities is Marquee Developments, which has enamoured buyers with its myriad of superior lifestyle features. Marquee’s One Cannes development sold 65 per cent of its stock in an extraordinary 10 days after launching, while its beachfront Shoreline project has only a few apartments remaining. Buyers will soon be able to get their hands on Marquee’s latest product when SOL in Kirra Beach hits the market in coming weeks, delivering their signature amenity opulence on one of the last remaining parcels of Kirra headland.

The magnificent reinvention of the iconic Old Burleigh Theatre will soon be up for grabs when Weiya Holdings launches the De-Luxe apartment range to market in what will be the first-ever adaptive re-use of a building with heritage elements on the Gold Coast.

Melbourne based developer, Hirsch & Faigen has arrived with a bang in spectacular fashion with the near sell-out of its landmark Hemingway project in Palm Beach. The company has an incredible pedigree in the development, horse racing and wine industry and such is its appetite for the Gold Coast market, the company has purchased another site, this time at Mermaid Beach, for another residential tower. Hirsh and Faigen have other property interests on the southern Gold Coast and at Coolum and we will be revealing plans for these in due course.

Brisbane-based Turrisi Property Group has burst into the Gold Coast development sphere with the show-stopping announcement of its tropical-luxe Broadbeach project set for Amrick Avenue. The architecturally designed tower is set to captivate the coastal market with a Zen Garden, beach showers, a surf craft room and a lavish rooftop deck.

Ron Bakir’s Homecorp has been quietly making waves on the property front during the past decade and is set to welcome a new project on the Broadwater’s Golden Mile to its billion-dollar portfolio with the launch of Eve Residences – a collection of lavish residences designed for the ultimate waterfront lifestyle on the central Gold Coast, where supply is low. 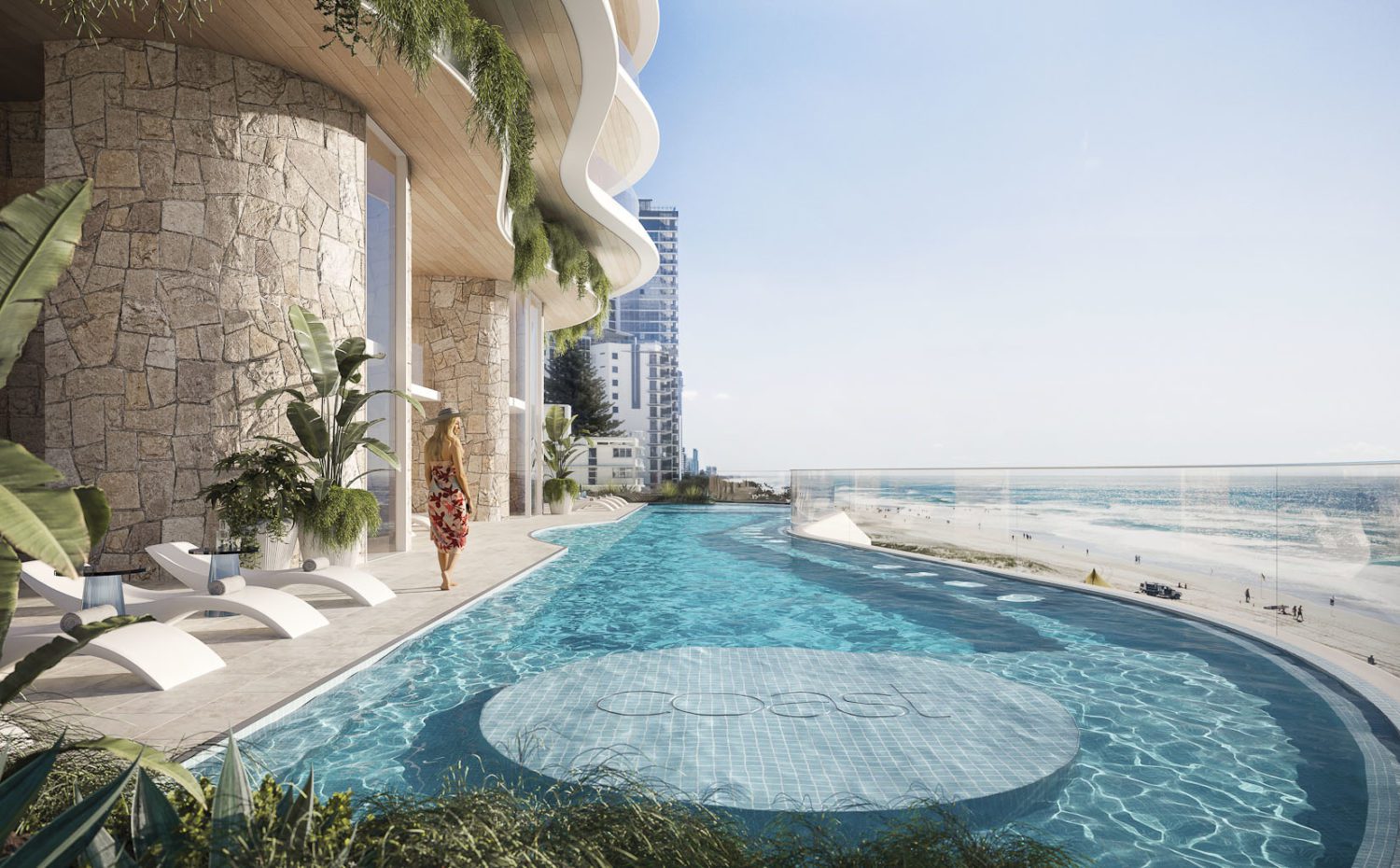 Further north, GH Australia has sold the entirety of its $33 million, 46-lot land estate located within the Links Hope Island Resort, emerging in perfect time to a market seeking its slice of the premium golf and waterfront lifestyle of the Gold Coast’s booming North Shore precinct.

Sharing in the north shore hype is Keylin and Kinstone Group’s Serenity 4212 project, which has witnessed the bulk of its stock fly off the market within quick succession. The first release of the final stage, Serenity Reserve, has sold 50 of its 69 townhomes, following the remarkable sell-out rates set by Serenity Green and Serenity Waters in prior months. 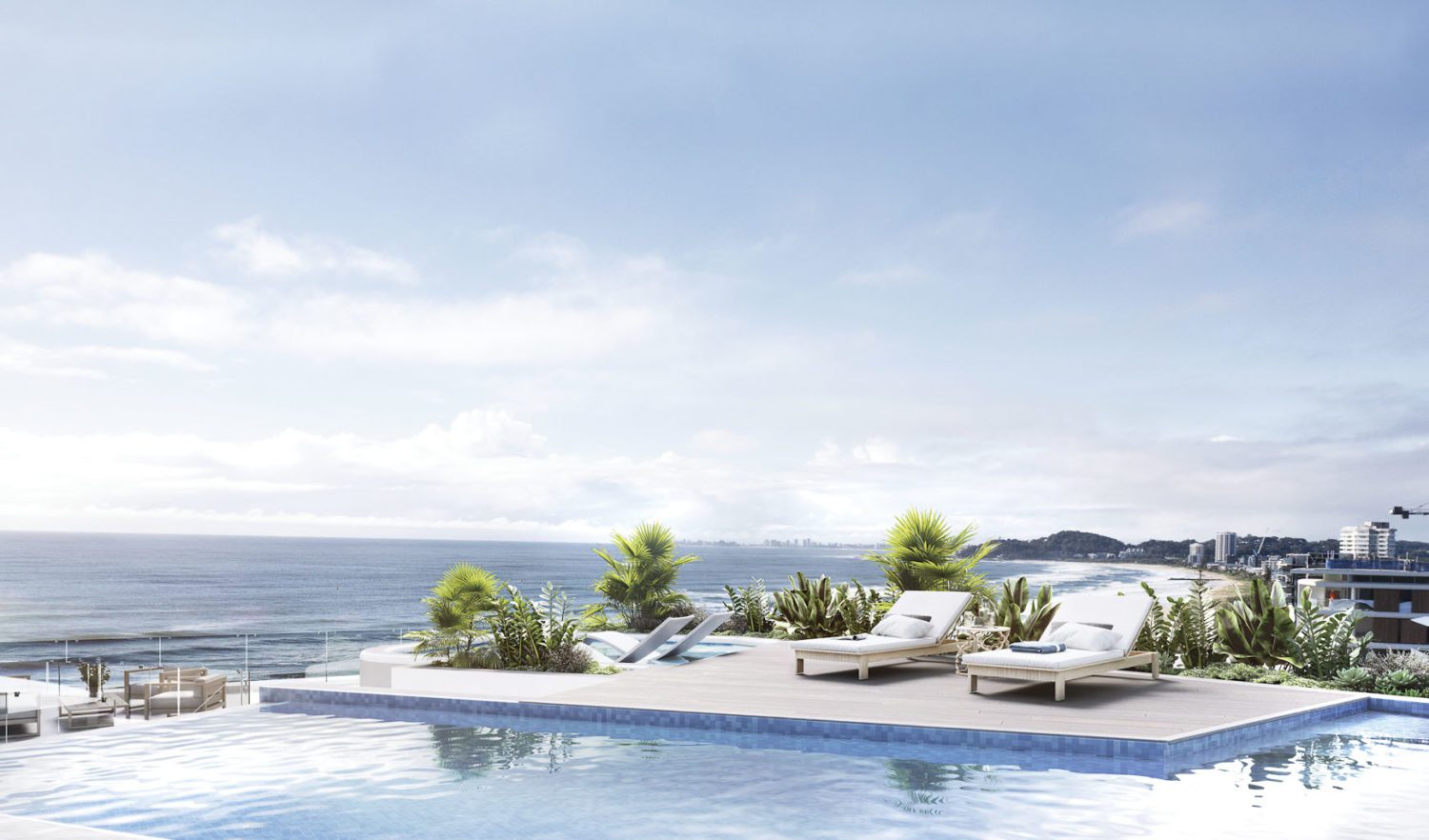 National auction clearance rates appear to be subsiding from the record March highs, but they are still historically strong, while there remains very strong activity on the Gold Coast both in general residential and off the plan. But the off the plan sector is the clear standout as developers from across the country compete with seasoned and new Gold Coast developers buying what is becoming a shortage of developable sites. 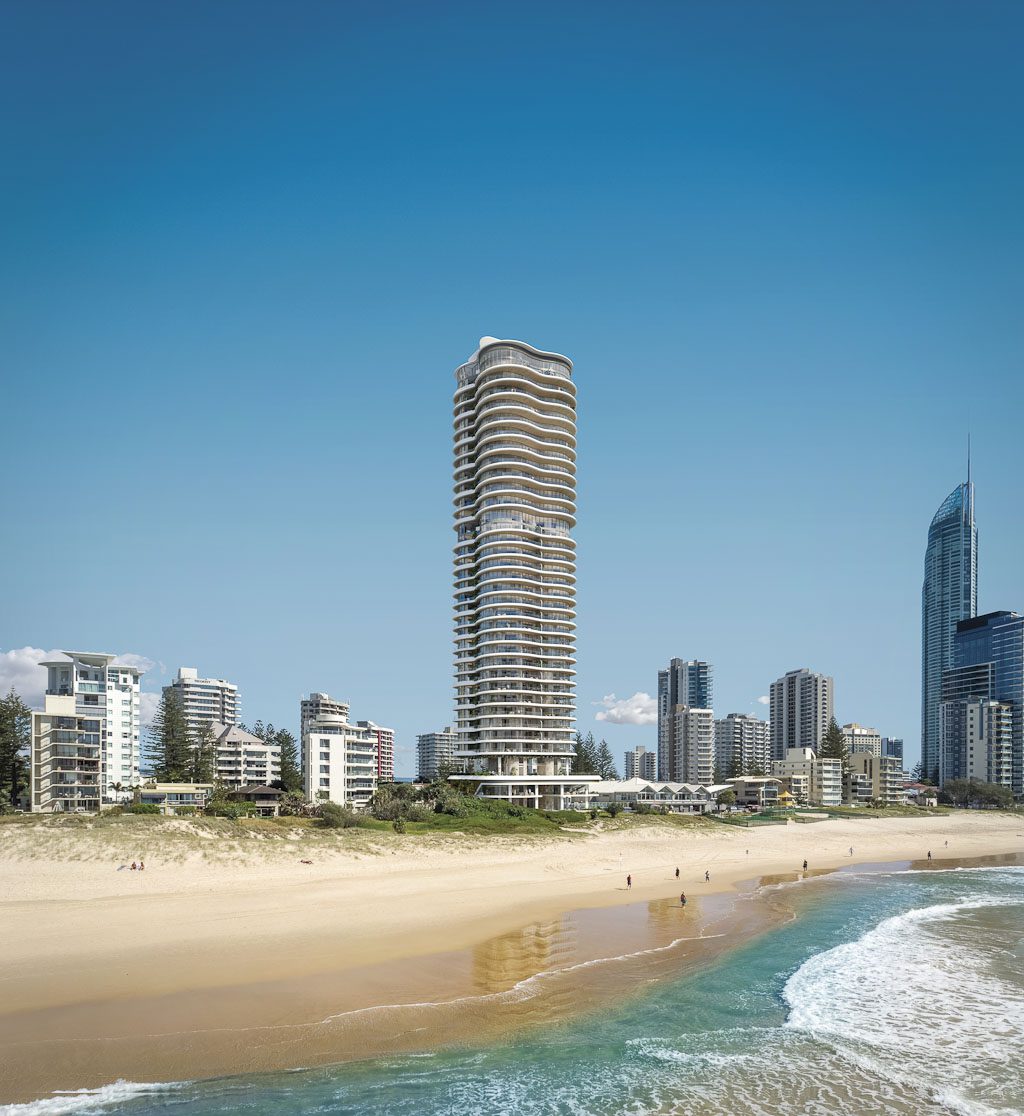 The demand is truly incredible for the luxury downsizer as evidenced by Urbis’s latest quarterly apartment data, which reveals that along with a record number of sales in the first quarter of 2021, the Gold Coast recorded a weighted average sales price of $1.1 million for the second time ever.

The Southern Gold Coast in particular is witnessing a phenomenal boom, with 411 sales during the first quarter of 2021 – more than the 367 sold across the entirety of 2020. 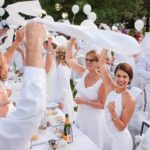 Developers gift 27 hectares of wetlands home to endangered species back to council
July 28, 2021 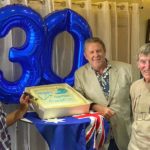 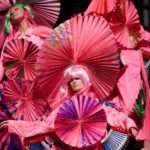 BLEACH* Upcoming Events – You’ve never experienced anything like this before…
July 28, 2021