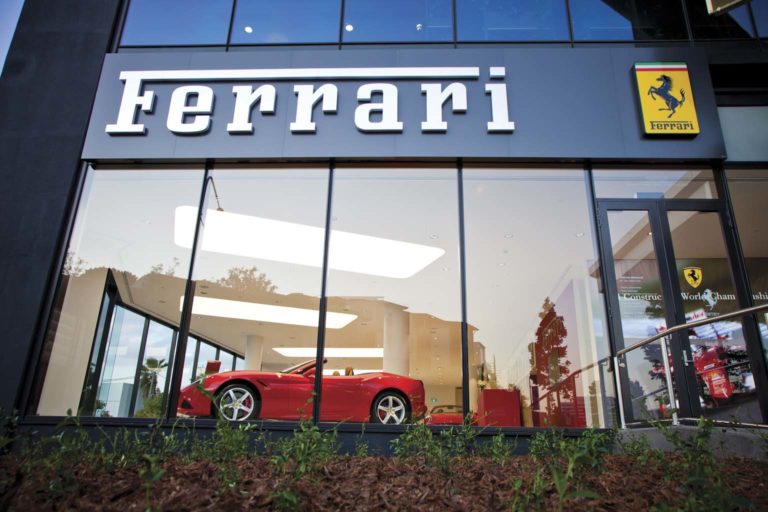 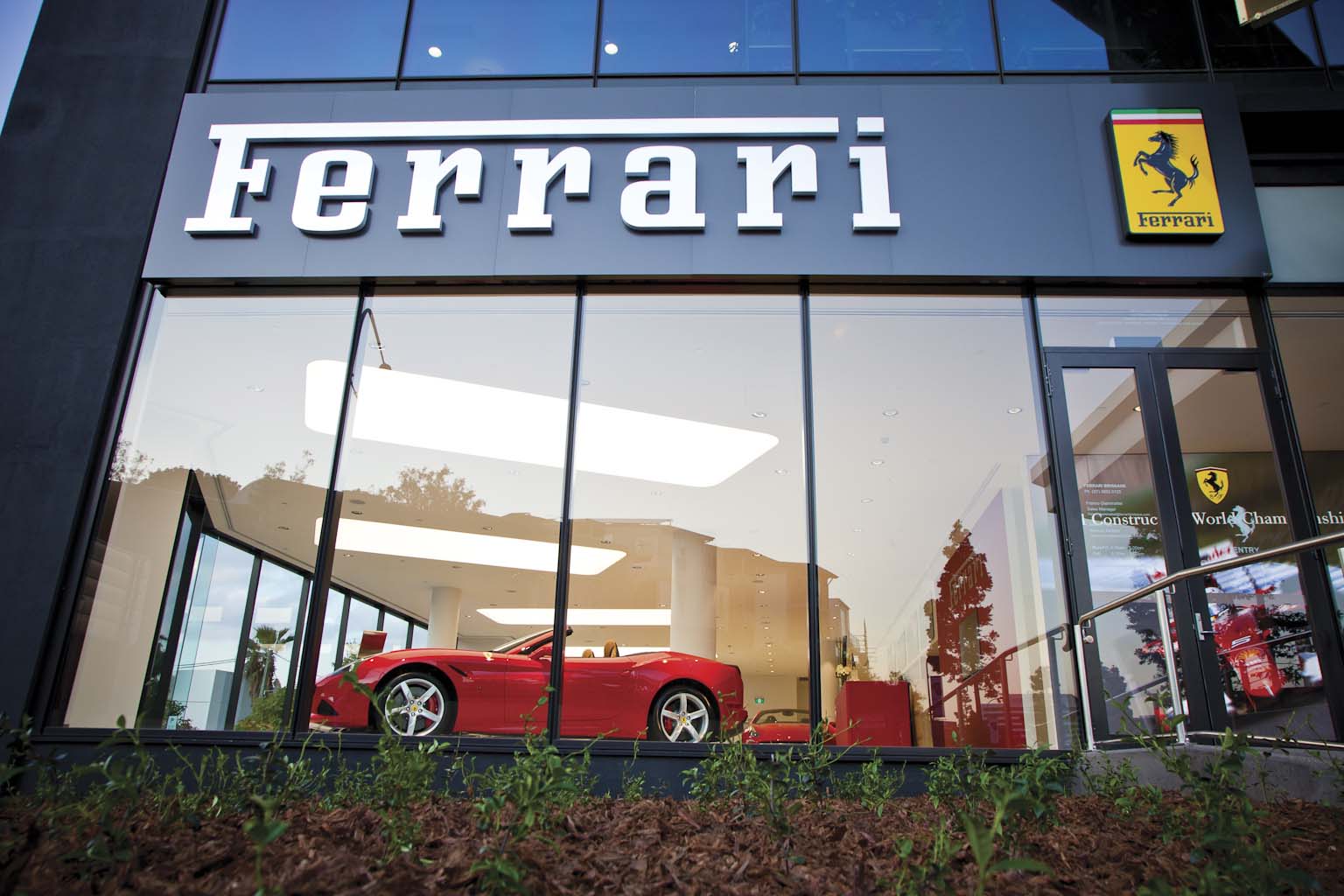 When Martin Roller took over Ferrari Brisbane in Newstead, he had ambitious goals and a clear focus on turning the dealership around into a go-getting success that delivered. He has created a slick multimillion dollar purpose-built Ferrari showroom which prides itself on premium service as much as premium cars. As any company leader will tell you, an integral part of achieving success is having the right people in place. That’s why he brought in sales manager Franco Giammattei in October 2014 – who has energetically ensured that the set targets were met, satisfaction was guaranteed and he has now done his boss proud by winning the incredibly prestigious Sales Manager of the Year, Ferrari Australasia 2015 Award.

“The award is a great accolade in our first full year of taking over the dealership. We’ve managed to completely turn it around,” a proud Franco tells ORM. “Few thought it was possible for us to sell so many cars in Queensland. It’s a new fresh approach at Ferrari Brisbane; we’ve gone back to the customer and the quality of the product is un-paralleled, there’s simply no other car that can rival Ferrari. We’re a great new location with a fantastic service department. We look after prospective customers as well as our buyers and we’re proactively engaging with customers. 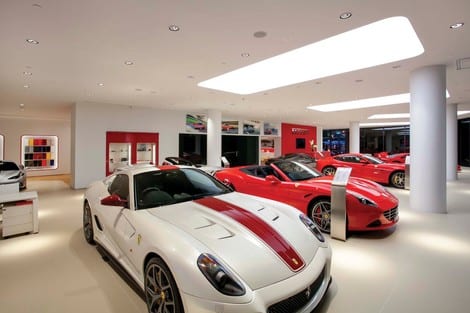 “Like with all sales, you can’t expect people to walk through the door, you have to be proactive. I’ve worked hard to become the guy people come to if they’re buying a car. Even if it’s not a Ferrari, if there looking for a car for their daughter for instance, they come to me for advice.”

In addition to securing sales, the prestigious Sales Manager of the Year Award also requires high level scores of customer care and satisfaction. It’s these skills that Franco credits his strength as a salesman. “Of course to be a good salesman you’ve got to have an outgoing personality but the real key is investing in individual customers. I’m not selling $15,000 Toyota’s here, customers are spending half a million dollars with me. Ferrari’s are not a product you push, this is a product you have to demonstrate in a fantastic way. Customers can be very rich but you’ve got to take the time to talk through logistical specifics of financing for example. 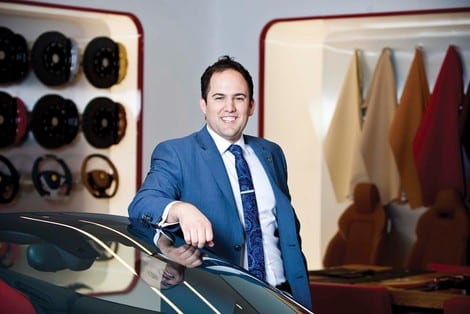 “You’ve got to be honest to succeed in this business. If you don’t know the answer, you say, ‘let me find out for you’. There’s got to be total and utter trust and transparency. If a customer asks about a bespoke request or a specific paint, you say, ‘Let me ask Ferrari’. There are no games. That’s how you win respect and trust.

“You’ve also got to be accommodating with requests. My fiancé always says to me, ‘I don’t know how you’re so patient with people’. That’s just my way – except if I’m on the soccer field!’

Soccer is Franco’s passion and how he unwinds away from work, although he readily admits it has more of a habit of “winding him up” and he finds it hard to switch off as he’s “always thinking about what he can achieve tomorrow”. He moved to Australia with his girlfriend, now fiancé, Karina Wade in 2009. She had previously worked with Martin and pieces of their international move paved a way to Brisbane. “I love Brisbane, it’s a great place to live – and work. I grew up in the UK and that’s where I got into the car industry straight from college. I won the BMW M Award there in 2007, now, it feels good to now have won an award here in Australia. 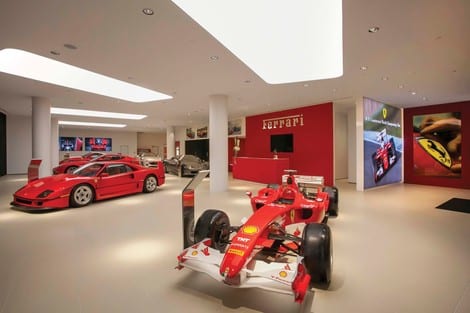 “Part of being successful is having a great mentor, Martin is fantastic. He’s backed me the whole way and that’s critical to my success. You can’t achieve on your own, I refer all my enquiries to him and we get the job done. I try to emulate what he does in business.”

Martin Roller, MD, says of his protégé, “Franco is a true sale professional. He is extremely customer focused, a lover of exotic sports cars, knows his product very well and is not a pushy salesperson. He has built great relationships with our many and varied Ferrari clients and is well regarded by all. Franco’s greatest virtue and the characteristics that sets him apart from others is his patience and non-pushy style. In fact, he recently sold a new Ferrari to a client that he had been working for over a year and had followed this client up over 60 times in that period – most consultants would have given up after only a few followings.”

Franco says he was feeling hopeful when he headed to Sydney for the Awards night in February, having lead the league from January to November. “You can measure yourself on all of the targets so I knew I’d stayed on track. The Awards were held at The Ivy in Sydney, which I’d never been to before, so it all added to being an excellent experience.” 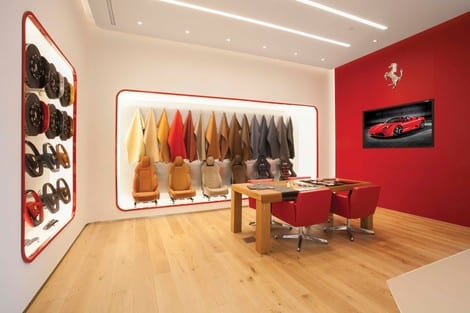 His celebrations that weekend were helped with the loan of a Ferrari from a certain boss and mentor. “Martin very kindly lent me an M20 for the weekend. I had so many other commitments that weekend, like kid’s birthday parties, that I think I only managed to put 30 kilometres on the clock!”

So, what’s next for award-winning sales extraordinaire Franco? “I hope to win the award again this year, I don’t want to be a one hit wonder. I’m leading the league so far so it’s achievable. The big one for us would be Dealer of the Year and the entire team is focused on that. I’d like to become General Manager here, that’s my goal. I don’t see myself working anywhere except Ferrari. Why would I? It’s absolutely the best automated vehicle there is.”