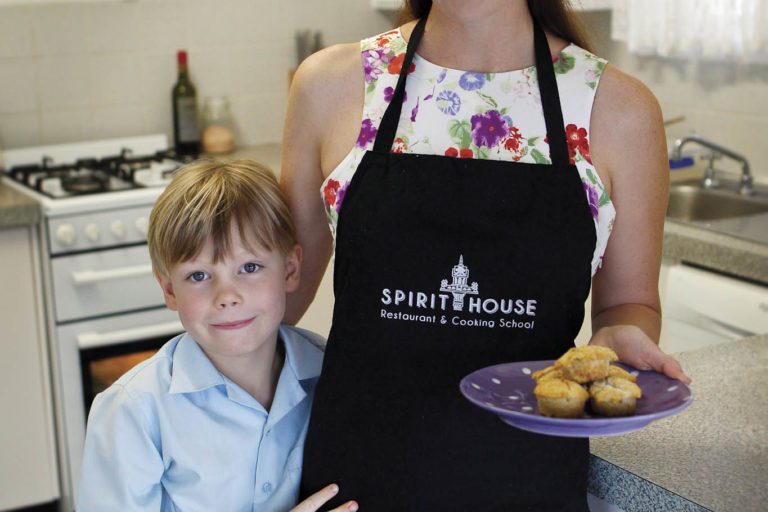 As the sun rises over the Murwillumbah hills, Megan Lee and her son Byron start the day in their favourite room of the cottage farmhouse they call home: the kitchen. 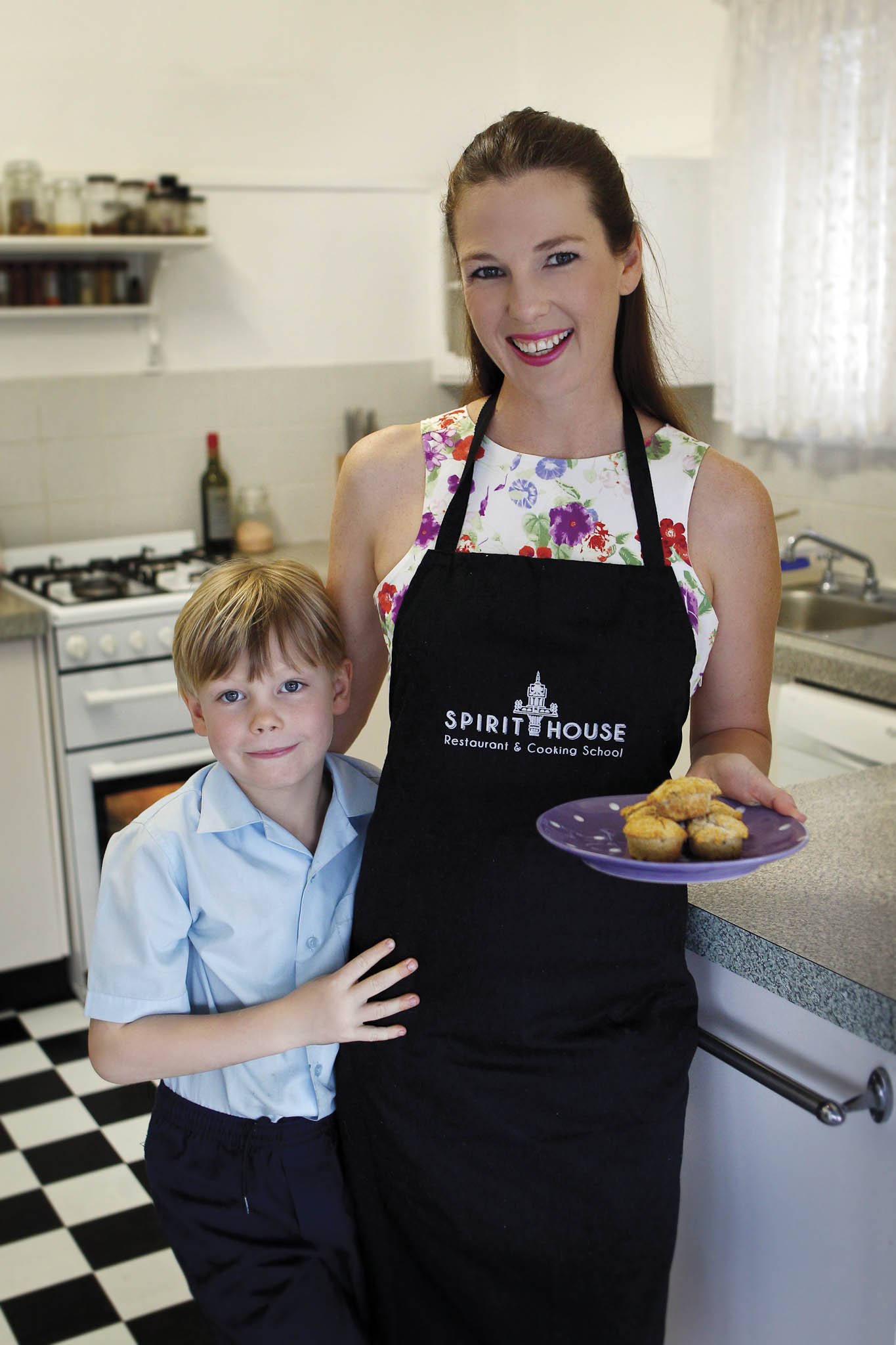 On the menu this morning is warm roasted vegetables from the local farmers’ market in their scenic northern NSW town. Yesterday, it was stewed apple, quinoa, and coconut milk oats.

As six-year-old Byron heads off to school with homemade muesli bars and fresh fruit, his mum travels north to Southern Cross University Gold Coast campus to continue her groundbreaking research on food and mood.

Now partway through her doctoral research (PhD), Megan is already emerging as an Aussie thought-leader on the connection between dietary patterns and depression, a passion project of hers that is making waves globally. 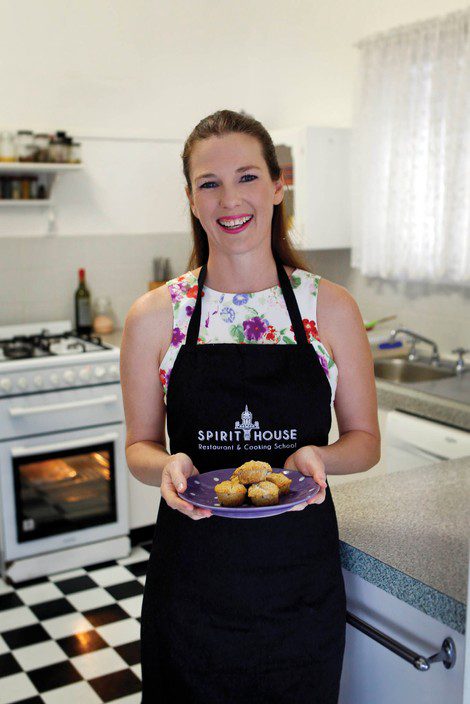 What started as a keen interest in nutrition and mental health after her son was born has turned into cutting-edge research on the effects of food on people’s mental wellbeing. From afternoons spent collecting beans and carrots from her ever-growing vegie patch to dedicating years to full-time research, Megan is putting the science behind the saying ‘you are what you eat’.

“Food as medicine is totally embraced in other countries,” Megan says. “Indian, Asian, and Mediterranean countries all use food as medicine, but Western society doesn’t quite view it that way yet. 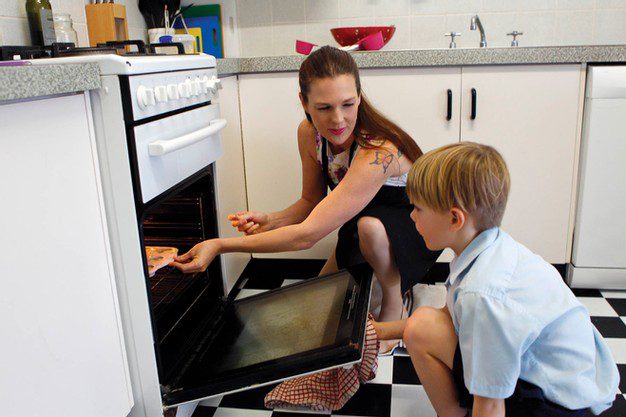 “We have high rates of junk food consumption in this country, with highly processed foods in cans and jars with chemical numbers and preservatives. Other countries consume food closer to its natural state such as fresh fruits, vegetables, nuts, seeds, whole grains, and legumes.

“We almost use food as a poison, and I find that really interesting.”
Like a good kombucha, Megan’s health message is an easy one to distil: eat real whole foods when you’re hungry, stop when you’re full, and listen to what your body is telling you about the foods you eat. 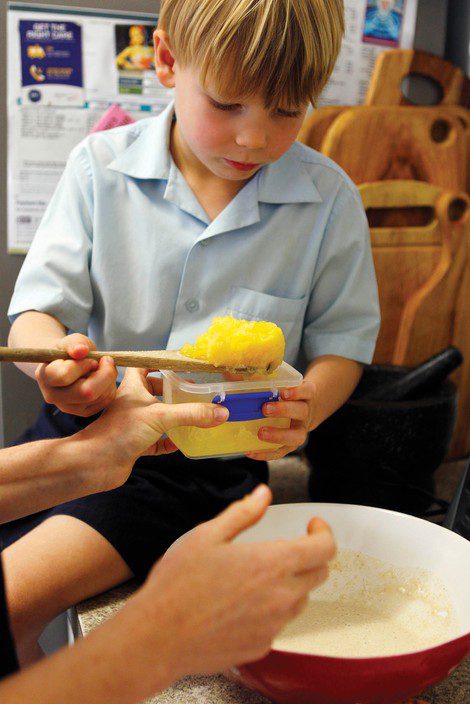 It was this time last year that Megan’s world changed. She published an article about how mindful eating trumps being ‘on a diet’. The research struck a national chord.

A day later, Megan awoke to find the article was Apple News’s top-ranked news story with 70,000 reads, and the national media requests began flowing in.

Megan’s research has now reached millions worldwide.
“People’s attitudes on health and being healthy are changing,” she says, “and we can even see that here on the Gold Coast and northern NSW — people aren’t wanting to limit themselves with restrictive diets, but instead are focusing on changing their lifestyles to become healthier and happier.” 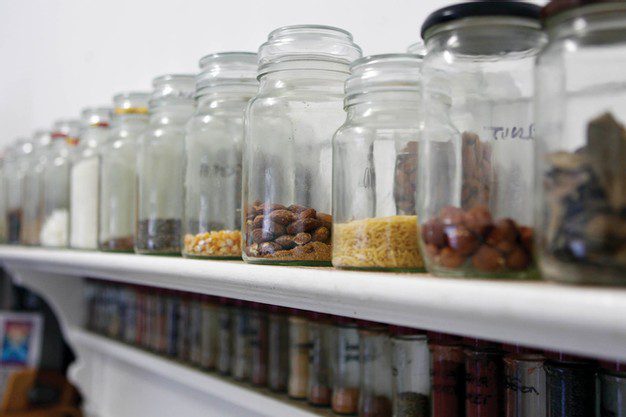 Under the guidance of esteemed researchers Dr Joanne Bradbury and associate professors Jacqui Yoxall and Sally Sargeant, Megan is uncovering a treasure trove of new research in the newly emerging field of nutritional psychiatry.

“While it seems like common sense, the literature shows that researchers really only started studying whole-of-diet approaches to mental health in the past 10 years,” Megan says. 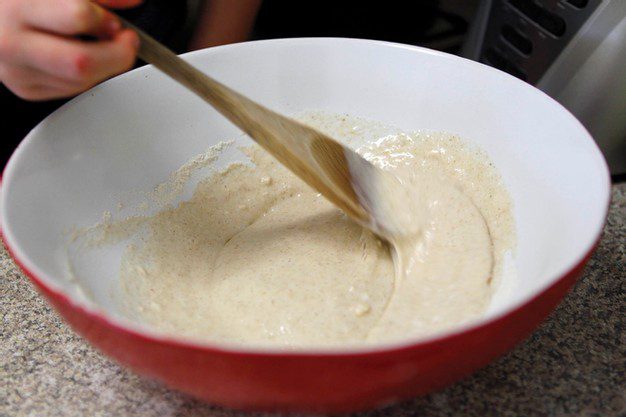 “We already know that a healthy diet contributes to better physical health — lessening symptoms of cardiovascular disease, type 2 diabetes, some forms of cancer, and obesity, but I don’t know why it took so long for research to realise the same thing with mental health issues.

“Research is now showing how diets full of sugary and processed foods interact with depressive symptoms, whereas healthier natural foods are actually protecting people against those symptoms.”

Megan has recently completed the world’s first overview of all publications in food and mood research, with her second research paper soon to be published, and she’ll represent Southern Cross University when she presents at the International Society of Nutritional Psychiatry Research conference in the United Kingdom in October. 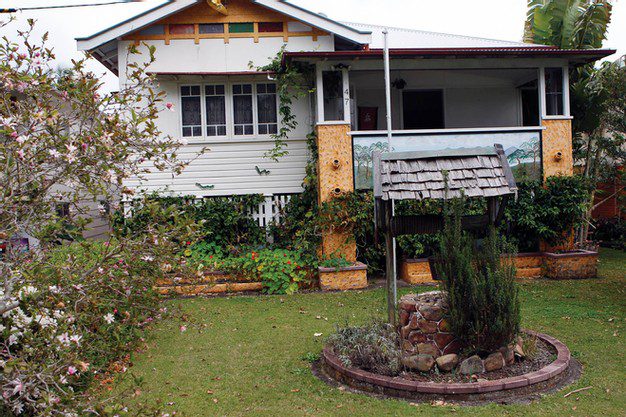 The conference will bring together the brightest minds in the health and psychology space, including world leader in nutritional psychology Felice Jacka.

The invitation coincides with Southern Cross being named as the university with the top-ranked psychology course in Australia (2019 QILT national student survey). From 2020, the university will offer an online Graduate Certificate in Organic Food through the soon-to-be-launched National Centre for Naturopathic Medicine. 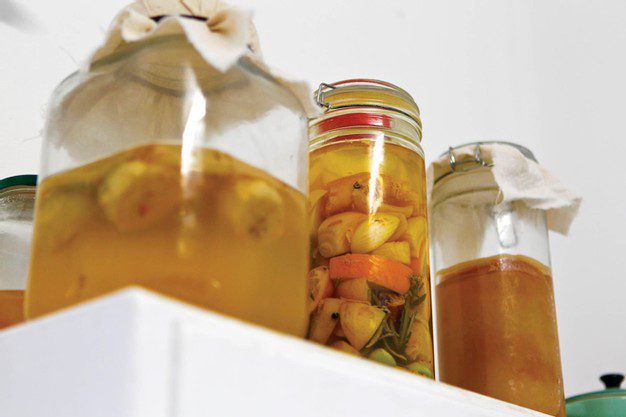 Megan recalls it was during her own psychology Honours year that she knew her calling was to research the effects of nutrition on people’s mental wellbeing.

“My original plan was to become a clinician, leaning towards helping individuals, but during my Honours I did a research project on mothers who do and don’t diet and how that affects their body image satisfaction levels, psychological wellbeing, and self-esteem, and that’s where it really kicked off for me about how food really affects how we feel, think, and behave,” she says.

“After the birth of my son, it was as though I suddenly became very conscious of making sure he was eating the right food for his overall health.

“Our day-to-day lives now revolve around eating fresh fruit and vegetables and incorporating healthy swaps into the foods that we really loved before, so taking dessert flavours but using wholegrains and using less sweeteners. We are still enjoying the comfort foods we love, but in a healthier way.
“It’s the research I do during the day, but it’s a passion that consumes my free time in the garden and the local markets, and it totally enriches our family time and the meals we share with friends and neighbours.” 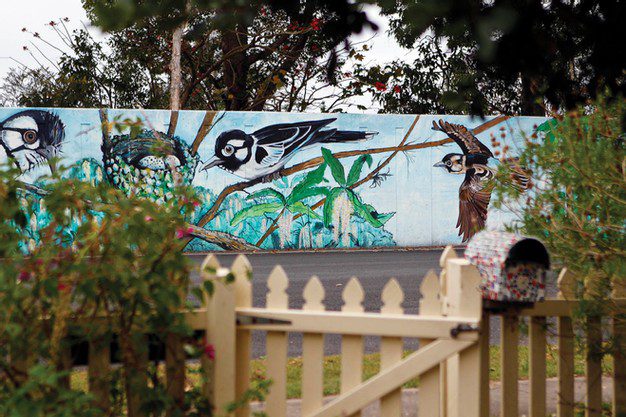 Megan says kids naturally know what to eat intuitively, which is a skill adults lose after years of being told to ‘eat everything on your plate’ or ‘no dessert unless you finish dinner’.

“Adults need to relearn how to only eat when we’re hungry and eating what we know we’ll enjoy that will benefit our bodies, then only eating until we’re full, and knowing we can stop,” she says.

Megan has become somewhat of a celebrity in Southern Cross University’s research office — not only because her research so easily resonates with anyone who, well, eats, but because of the incredible healthy treats she whips up in her cottage kitchen and bestows on her School of Health and Human Sciences colleagues as they also seek to solve the world’s problems.
She tends to steal away lunch breaks for herself though, taking the time to cross the street from the university campus to sit in the sun by the picturesque North Kirra beach and tuck into a lunch packed full of antioxidants, omega-3, B vitamins, and pre- and pro-biotics.

She knows that food isn’t the only factor that helps people combat depressive symptoms.

“Although my research focuses on food, I believe that physical activity, leading an active lifestyle, getting good sunlight exposure and good sleeping patterns all have this interplay with busting depression as well,” she says. 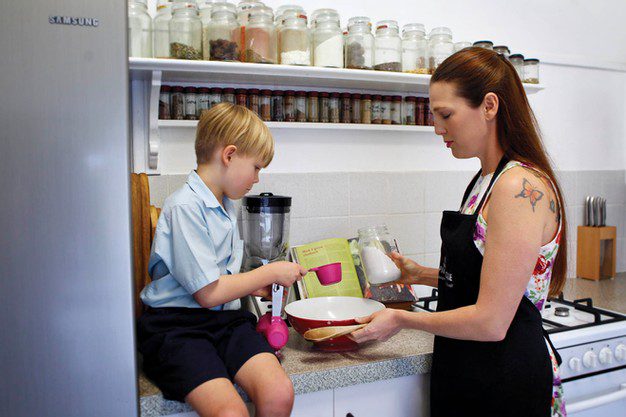 “One thing I’m finding in my research is if you are making these small dietary changes, people are making other good lifestyle changes too because the foods they are eating are giving them more energy and making them feel more vibrant, so they’re more likely to go and exercise, which gives you sunlight exposure and makes you sleep better, so it’s all this amazing snowball effect.”

Megan knows firsthand how lived experience can differ from quantitative research and is now in the next phase of her research with focus groups, giving ordinary Australians the opportunity to share their own food and mental health journeys.

“There are some things you can’t measure just with questionnaires,” she says.

“The data we are collecting is incredibly insightful, finding out how people in the city and country differ in their experiences and how culture and family affect the way people eat and how they think about soil nutrition and food preparation.