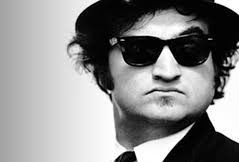 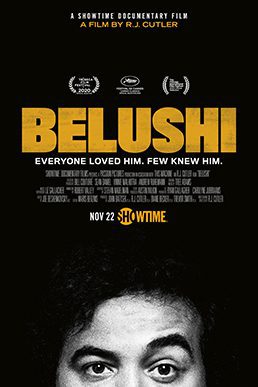 Everyone loved him. Few knew him.

Think John Belushi and you think “Blues Brothers” and those eyebrows, and Saturday Night Live, Animal Lampoon films. John Belushi was the king of American comedy in the mid-to-late 1970s and this doco is an insight to the life of one of the most complicated comedian-actor creators that has been directed and written produced by R.J. Cutler’s who has made many docos such as The Kingmaker, The World According to Dick Cheney, Listen to me, Marlon, and many others fine films.

Having read Bob Woodward’s 1984 biography “Wired.” The book was seen by people in Belushi’s circle as a cold, scathing, and exploitative take on their friend’s drug-related death in 1982 that ignores his talent and warmth. Cutler’s takes a better look at his life that comes into a more sympathetic and somewhat look that goes into a family affair.

Having a timely approach to John partner Judy Belushi-Pisano, was the win for Cutler, who Judy for many years was not keen to share anything of John past letters he wrote to her and other personal effects. 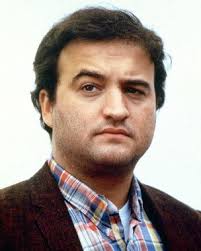 As to not having a lot of raw footage of the past of “Belushi” Cutler, brings in animation creator Robert Valley, and pieces this together well in how things are scripted with the letters that are read out that John had written to Judy. The letters are a significant part of the film and they reveal the essence of John as they are the confessional aspect of the film.”

Cutler’s first thought was to have another Saturday Night Live figure, and he got in touch with Bill Hader, to read them. It is said that Hader replied yes almost immediately. “He didn’t ask to see the film or read the letters.

Belushi who was raised by hardworking Albanian immigrant parents in the Chicago suburb of Wheaton, was a football player, homecoming king, and class clown who married his high school sweetheart Judy Belushi-Pisano. 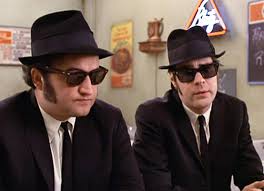 Belushi started out as a theatre kid doing summer stock in Indiana and starting an improv comedy troupe in college. Then he discovered improv comedy at Chicago’s Second City, where his physicality and go-for-broke intensity (“He would do anything for a laugh,” recalls castmate Harold Ramis) made him one of the star attractions. He vaulted from there to New York, where joining the “National Lampoon” staff placed him in prime position to be recruited for that groundbreaking first “Saturday Night Live” cast along with fellow Second City and Lampoon alumnae Bill Murray, Gilda Radner, and Chevy Chase.

Even though the first season was somewhat of a backward step for the deeply ambitious and verging on arrogant Belushi—Chase’s prat-falling newscaster bits had made him the cast’s big attraction—from there it was a short but hard-lived jump to stardom. When he was cast as Bluto in “Animal House,” it was a role that both secured his fame but also trapped him playing America’s clown.

The journey of private footage and classic interviews never been shown before and voices of some of the closest to him that flashback. Carry Fisher, is one of those that recalls the times, and to how it was in the rise and decline moments that were dark for all who knew him and out of control. 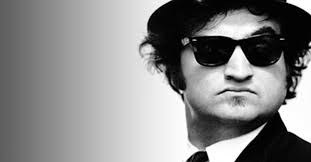 Belushi and Aykroyd’s partnership was unique and special soul mateship. The blues brothers brand are still iconic and Dan Aykroyd still feels a sense of loss to not acting quick enough in the final days of when Belushi dies in LA, March 5, 1982, in a bungalow at the Chateau Marmont hotel in West Hollywood.” It was a sad loss for all who did love him and his fans,” but not a shock to those who worked with him close that he would arrive to die tragically at such an early age as to the addition of life and being the best he could.

This film explores his loss of control at times and the emotions and the drugs that took over the pain he had in him. He was a genius in the world of entertainment and performed with intensity, but like all genius, and complex nature some have can be always a hidden factor to bear within and sadly he withdrew at such an early age.

Note that at the end of the film to watch the credits, and go to the end as there is a special piece that a song that was written and performed by Belushi’s widow, Judy, about her relationship with
John called “Best Days. Another timely add on that was created at the time before the film made.

“Belushi” is out now