FILM RELEASE …DUNE IS THE BUZZ FILM FOR OSCAR 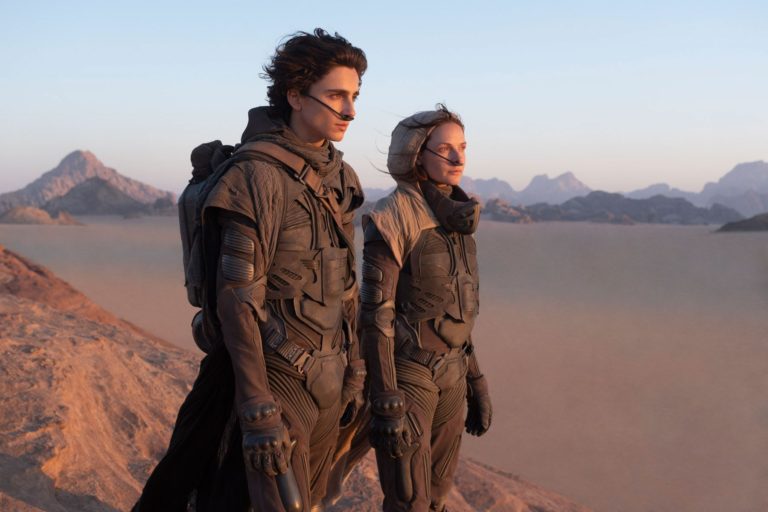 Another film to be a box office hit will be Dune that is out today and it proves to tick all the boxes for the fans of the book and sci-fi geeks. This has to be seen in the cinema and it is spectacular in all accounts and has a cast to die for and director and as to Oscar nominee Denis Villeneuve (“Arrival,” “Blade Runner 2049”) brings this epic film to life as to the adaptation of Frank Herbert’s seminal bestseller of the same name.
A mythic and emotionally charged hero’s journey, “Dune” tells the story of Paul Atreides, a brilliant and gifted young man born into a great destiny beyond his understanding, who must travel to the most dangerous planet in the universe to ensure the future of his family and his people. As malevolent forces explode into conflict over the planet’s exclusive supply of the most precious resource in existence—a commodity capable of unlocking humanity’s greatest potential—only those who can conquer their fear will survive.

The film stars Oscar nominee Timothée Chalamet (“Call Me by Your Name,” “Little Women”), His portrayal of Paul is set to make him a bigger star in the making and he reminds me of when Leo Di Capro started. He will mature with this role and he is a screen stealer and set for stardom. 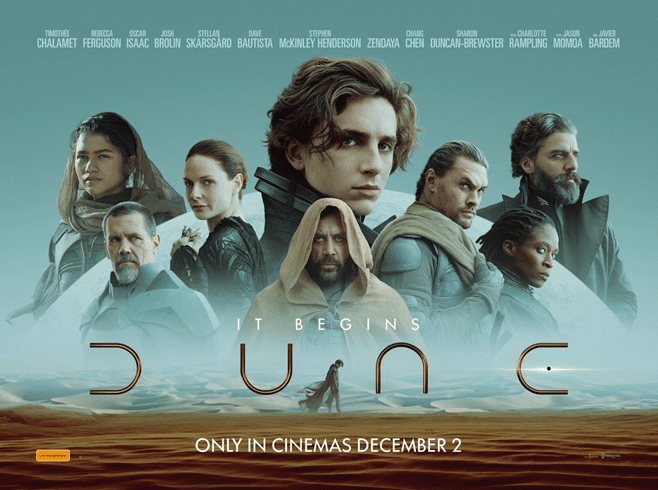 It getting oscar buzz for the awards in 2022′ and it will for sure I say get many nominations as to director and lead actors with art design and costumes and special effects.

I’m not one for sci-fi films but it did tick the box’s, and the only thing is I feel maybe a touch too long.

There will be another one by 2024 so this is as they say in the film… its only the beginning of what will be a blockbuster for Warner Bros.