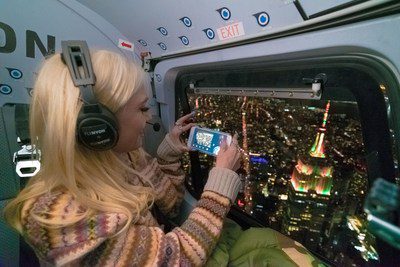 Empire State Realty Trust, Inc. (NYSE: ESRT) and iHeartMedia today announced that the annual Empire State Building (ESB) holiday music-to-light show will feature global superstar Gwen Stefani and her holiday hit You Make it Feel Like Christmas, the title song from her first ever holiday album. Renowned lighting designer Marc Brickman has created the holiday spectacle that will premiere on December 19 and will be synced live each night at 7 p.m. ET on iHeartMedia New York’s Z100 and 106.7 Lite fm through December 25.

Stefani recently visited the Empire State Building to “flip the switch” at a lighting ceremony in the ESB’s famed Fifth Avenue lobby. The event kicked off “ESB Unwrapped,” a season-long celebration that features stunning holiday decorations in the ESB’s Fifth Avenue windows and Art Deco lobby, surprise appearances by celebrities, a pianist playing a selection of holiday favorites and festive holiday light shows.

“I love New York, and I love Christmas, so this is beyond a dream come true,” said Gwen Stefani. “I can’t believe that I get to be a part of the holiday light show with a song that Blake Shelton and I wrote together and that it’s going to be choreographed to the lights of this amazing, legendary building.”

“There is no doubt that this year’s holiday music-to-light show will be the best yet,” said Anthony E. Malkin, Chairman, and CEO of ESRT. “Every year we look forward to seven nights of lighting up the skies in New York and the spirits of people worldwide as we usher in the hustle and bustle of the holiday season. I am thrilled that this year we can do it with Gwen Stefani.”

From December 19 through December 25, fans can listen to the holiday music-to-light show by tuning into Z100, and 106.7 Lite FM at 7 p.m. EST, or by streaming the stations live on iHeartRadio, iHeartMedia’s all-in-one streaming music and live digital radio service. The stunning presentation will be visible at those times to revelers and tourists from various vantage points around New York City and the tri-state area.

To join in the excitement, use the hashtag #ESBUnwrapped on social media channels. A video of the entire show will be posted on the Empire State Building’s YouTube channel (www.youtube.com/esbnyc) immediately following the event for those around the world to enjoy. 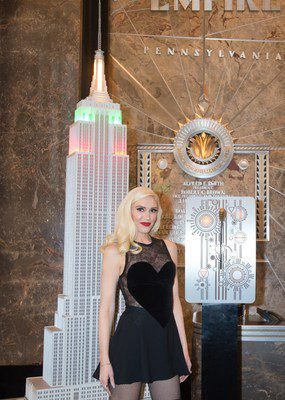 About iHeartMedia New York
iHeartMedia New York owns and operates WHTZ-FM, WKTU-FM, WAXQ-FM, WWPR-FM, WLTW-FM and WOR-AM. With over a quarter of a billion monthly listeners in the U.S. and over 122 million social followers, iHeartMedia has the largest national reach of any radio or television outlet in America. As the leader in multiplatform connections, it also serves over 150 local markets through 858 owned radio stations, and the company’s radio stations and content can be heard on AM/FM, HD digital radio, satellite radio, on the Internet at iHeartRadio.com (http://iheartradio.com/)  and on the company’s radio station websites, on the iHeartRadio mobile app, in enhanced auto dashes, on tablets, wearables and smartphones, and on gaming consoles.

iHeartRadio, iHeartMedia’s digital radio platform, is the fastest growing digital audio service in the U.S. and offers users thousands of live radio stations, personalized custom artist stations created by just one song or seed artist and the top podcasts and personalities. With over 1.4 billion downloads, iHeartRadio reached 100 million registered users faster than any other radio or digital music service.

“There Will Be Blood.” The Rough and Tumble of Sumba’s Pesola Festival.
October 28, 2020 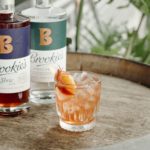