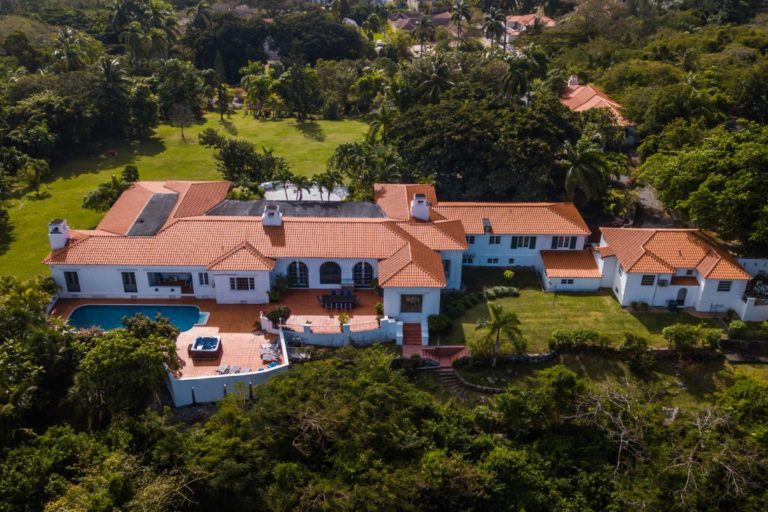 Several years after Prince Edward, the Duke of Windsor, abdicated as King of England in 1936 to marry the American divorcee Wallis Simpson, his mother, Queen Mary, told him she would cut off his allowance if he ever moved back to Britain. The queen sent him to the Bahamas and gave him the island’s governor’s job where the couple bought a Bahamian mansion while awaiting completion of the renovation of Government House, the official residence.

On their arrival at the island of New Providence, the Windsors bought a large country estate on four acres located on a ridge just outside Nassau overlooking gorgeous ocean and bay views. The Spanish-colonial home was built in the 1930s by British-movie-producer Frederick Sigrist who was also a pioneer in aviation. The 15,000-square-foot main residence has retained its British character with wood-paneled walls and fireplaces, four of which were imported from English country homes.  The lushly planted tropical grounds flow out from the terraces and loggia and contain flower gardens, fruit and coconut trees. The swimming pool and spa have views of the ocean and manicured grounds. Restaurants, shops and a casino are only a short stroll from the estate.

Named Sigrist House, Prince Edward’s former home is one of the most exquisite properties in the islands and is priced at $8.5 million. The listing agent is Mark Hussey, of Damianos Sotheby’s International Realty, Nassau.