CHARLIE AND CHOCOLATE FACTORY IS A SHOW STOPER 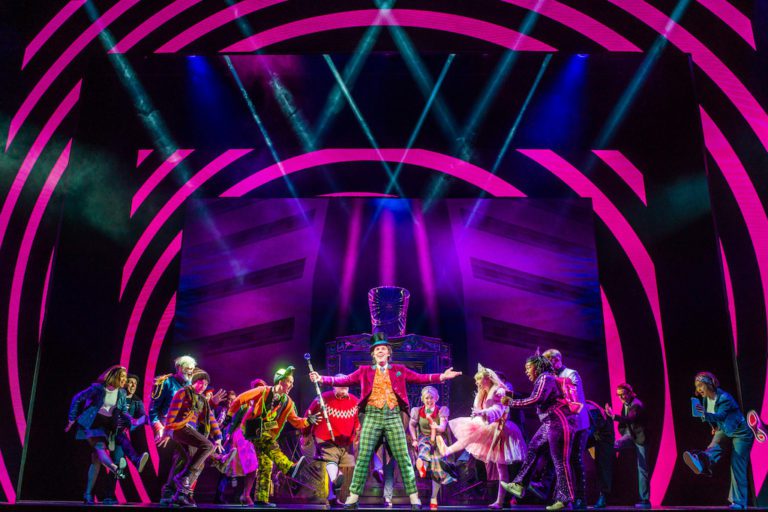 Queensland Brisbane now has one of most delightful stage shows that opened its curtains last night at Qpac to the magical world of Willy Wonka’s Chocolate Factory!

Following successful seasons in Sydney and Melbourne, and after the scheduled 2020 QPAC season was unable to open due to the pandemic, Brisbane is now in for a treat as the production is super sweet as is all the cast with stand out performance of lead role Willy Wonka by Stephen Anderson. What a voice and range he has’ and timing of sequence of this just keeps together and it had the audiences loving him.

The role of Charlie Bucket played by Queenslanders Phineaus Knickerbocker (12 Mackenzie), Cooper Matthews (12 Paddington) and Flynn Nowlan (13 Nerang). Edgar Stirling (12) will also play Charlie, reprising the role from the Melbourne season of the production. The opening night was Flynn Nowlan who was terrific in what is golden ticket dream role to have. 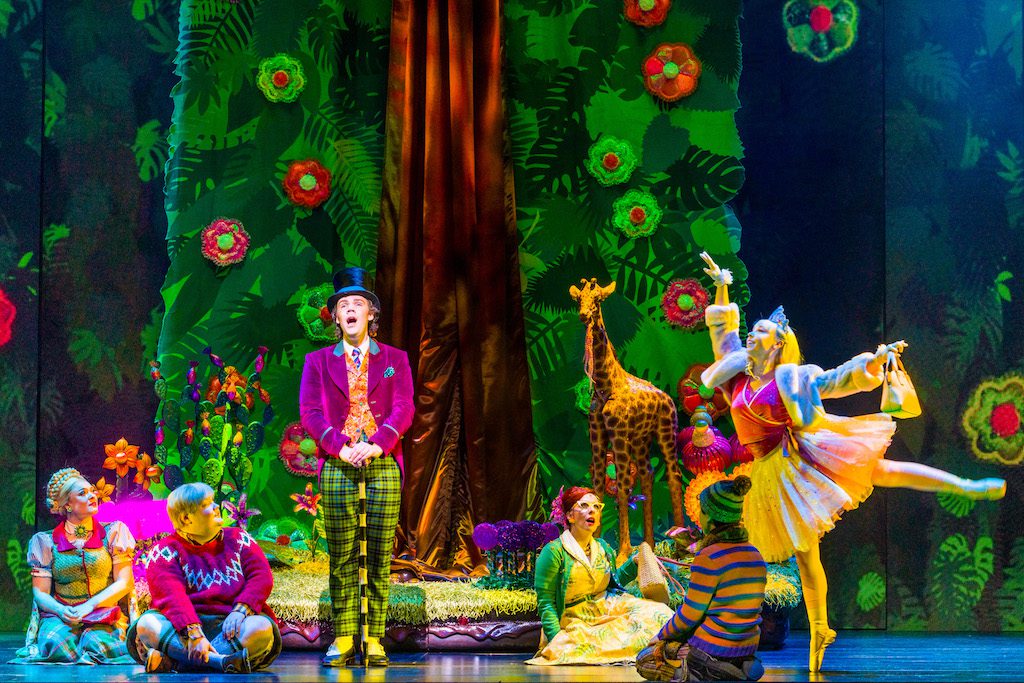 Ninety-and-a-half-year-old Grandpa Joe, is played by acclaimed actor Robert Grubb, who will be well known to audiences from his extensive work within Australian theatre, film and television.

Reprising the role of Mrs Bucket, a kind, caring mother and a woman of few words, will be musical theatre star Lucy Maunder, who was nominated for Best Supporting Actress in a Musical at the Helpmann Awards for this role.

Other notable roles are of the Augustus Gloop played by Jaxon Graham Wilson who originates from Ipswich, with Mrs Gloop played by Octavia Barron Martin. Karina Russell and Simon Russell are Veruca Salt and Mr Salt, Tarisai Vushe plays Violet Beauregard with Madison McKoy as Mr Beauregard, and Taylor Scanlan and Johanna Allen are Mike Teavee and his mother, Mrs Teavee.

Some of the highlights of the production is when the Umpas came out and this is just so amazing and clever along with the technical effects of the stage and lighting. It is a wonder packed show and I sat smiled and giggled like a little girl throughout the whole show its just divine show in every way.

This is new production that is based on the original Broadway version and closely mirrors the beloved original film, enchanting audiences with the story again as it comes to life on stage. Who can forget what I feel is the best film version of Gene Wilder playing Wonka, well this is got to be one of best shows and this is for all ages.

One things to say here is to note with covid times and how dificult things are now days industry of theatre world that relies on touring and for all to work in, the risks of putting on productions on like this, you have to hand it to all the producers who are under stress more so in times of boarder closures, and having to work in rehearsals in other ways that are cut short, and rely on more so the cast and crew and there cooperation to work harder to get it all perfect and this needs a special appaulase in these cases and to say this is more so why this is a show stopper.

Charlie and the Chocolate Factory plays in QPAC’s Lyric Theatre from 2 September to 3 October 2021.

Caroline Russo has been in the entertainment industry for 30 years and keeps growing as to her passionate nature and her love of all things related to showbiz and the people in it. Caroline is noted as a Film and TV Pro, but Theatre Music and the Arts are in her blood, and she is very active in keeping up with all sorts of news.
More from the author