Brad Hosking has enjoyed an incredible year in music as a member of Amy Shark’s ARIA Award-winning band. ORM caught up with the talented musician to discuss his burgeoning recording studio, his work teaching Bachelor of Contemporary Music students at Southern Cross University and what the rest of 2021 has in store.

When striking up a conversation with music enthusiasts the world over, you’d be hard-pressed to find one who doesn’t love Amy Shark’s music. Her live shows are equally as mesmerising. 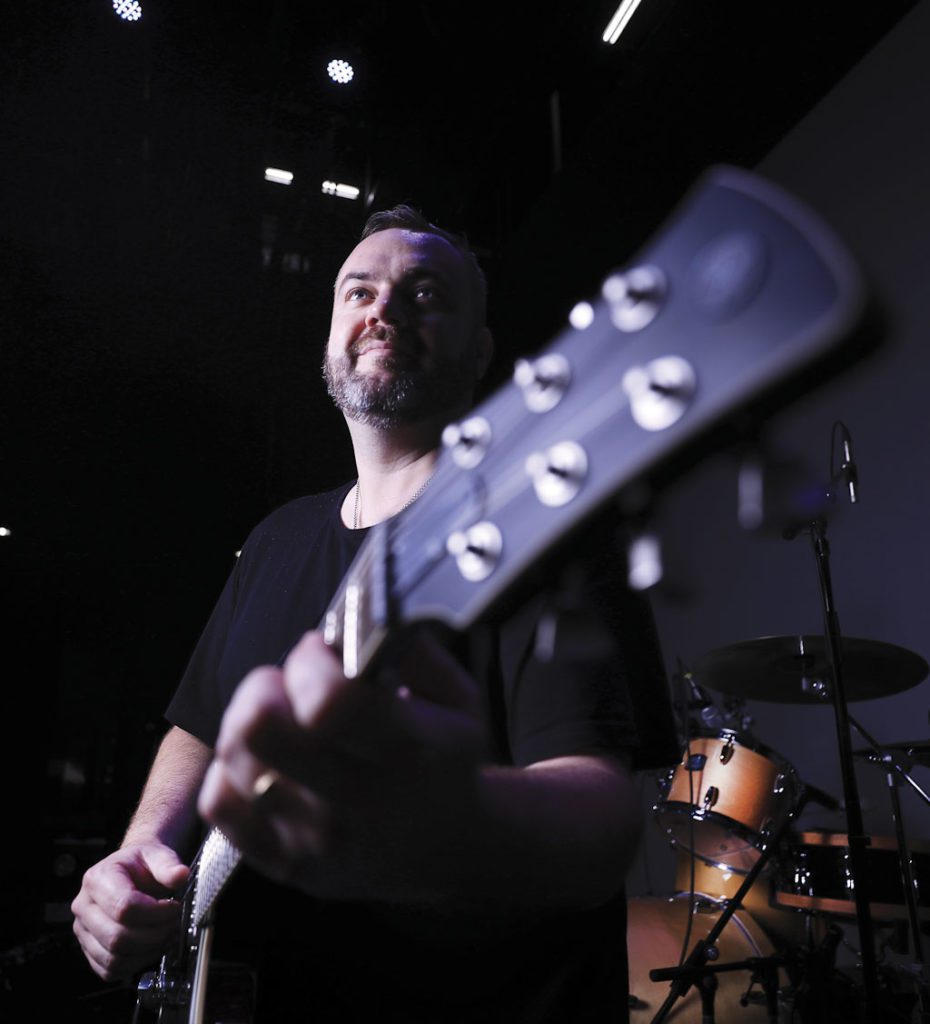 Enter multi-talented musician, record producer and Amy Shark’s musical director since the start Brad Hosking, who runs the stage production for all her shows and performs as her main guitarist, synth and bass player.

Brad has been working with the celebrated songstress since 2011 and says the band was absolutely thrilled to take out the 2020 ARIA Award for Best Live Act of the Year, with Amy also taking out the Best Pop Release ARIA for Everybody Rise.

“I’ve been working with Amy for a decade now and it was incredible to win the Best Live Act award where everyone in the wider team is able to take something out of it – from the band onstage to the lighting crew, audio crew, the monitor engineers, stage technicians and everything that goes into putting on the huge live show. It’s the award Amy and her immediate team were really hoping for,” Brad says.

Amy Shark burst on to the global music stage in 2016 with her hit single Adore. The Gold Coast singer-songwriter has continued to dazzle with 2020’s Travis Barker collab C’MON and recent release Love Songs Ain’t For Us, with Ed Sheeran and Keith Urban, the video for which features Brad Hosking on bass.

“When we tour I generally switch instruments between each song. I play whatever I need to for the set to make it happen – especially touring internationally when there’s generally just the three of us on stage – so it’s always changing and keeps it exciting,” Brad says.

“We deliver the Bachelor of Contemporary Music at both Coomera and Lismore campus locations and were the first university in the country to deliver an innovative music course of this kind almost 30 years ago – and it’s gone from strength to strength,” Brad says.

“It’s great being able to use my experience to train the country’s most promising performers and songwriters and producers and to help students creatively on instrumental, lyrical, performance and production ideas. Our students have such a cool opportunity learning from current industry professionals and technical staff who are regularly touring and playing festivals, making records and helping artists with marketing and releasing, and the things these students are learning are all immediately ‘industry current’, which is a real positive thing. 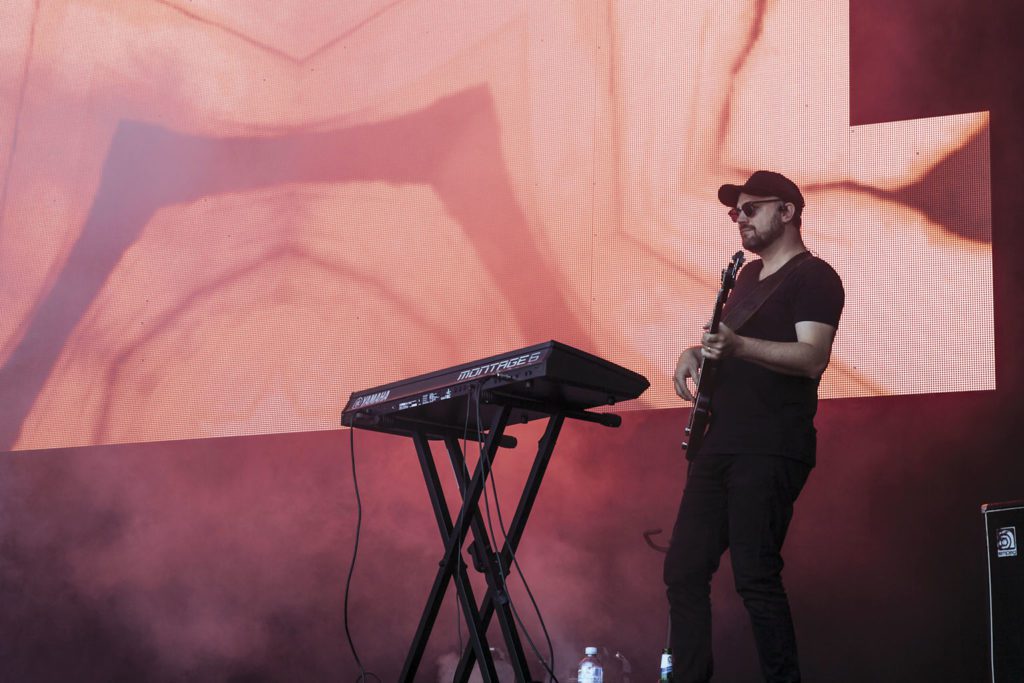 “There are so many benefits these students gain from studying this music course at Southern Cross University – not only is their mentorship experience from industry-leading professionals second-to-none, but our students get to perform at major Australian music festivals and collaborate with like-minded creatives.

“We live in one the most creative regions in Australia, with the corridor from Lismore to Brisbane and surrounds a place that national and international artists have long called home, with iconic studios and major festivals.

“We have strong links to industry events and major festival connections such as Splendour in the Grass, Bluesfest, Groundwater, Blues on Broadbeach and Cooly Rocks On festivals, where many students gain placement experience during their degree. Students have access to numerous performance opportunities and partnerships, paid gig opportunities. We organise shows for students and host APRA AMCOS songwriters’ workshops featuring visiting artists.” 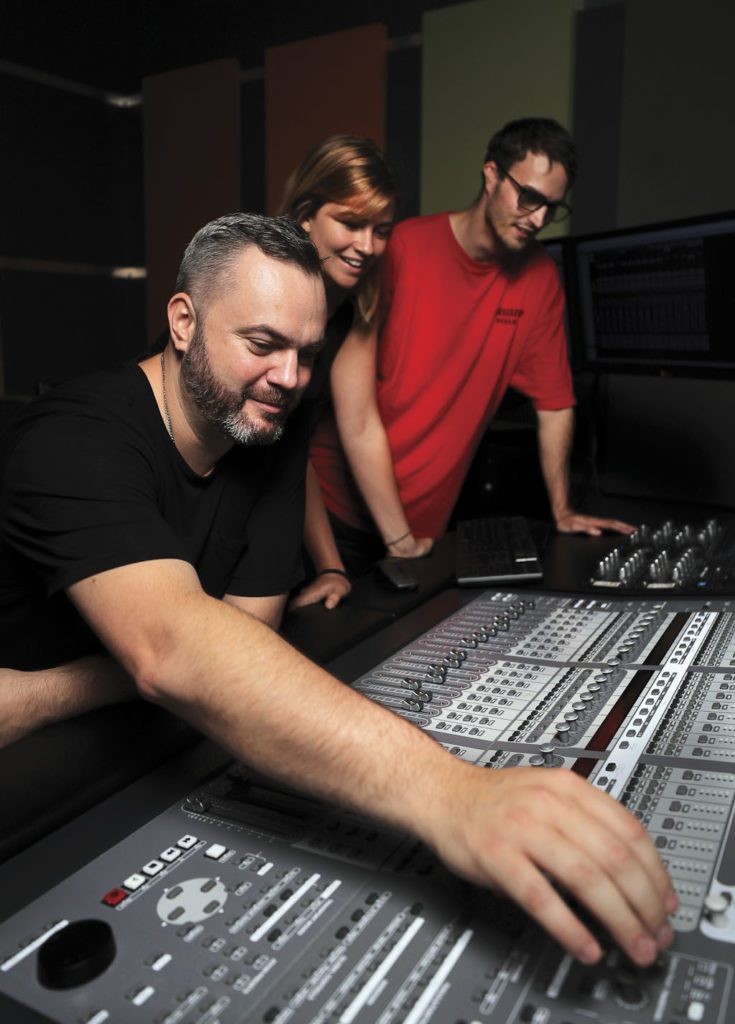 Brad teaches the degree’s specialist songwriting and production units, working with students on crafting and recording their songs in state-of-the-art studios. Students in the degree range from those who want to become performers and songwriters to producers, sound engineers, music educators, session musicians, musical directors, music event promoters and band and venue managers.

“Another thing I love about working at Southern Cross Uni is the music equipment and facilities are world-class. It’s a new facility and we’re always upgrading our music equipment and software and the rehearsal rooms are full of backline, drums, keyboards, bass and guitar amps. Students have access to the studios 14 hours a day, six days a week,” Brad says.

Back at Blind Boy Studios, in his own production time, Brad works with a curated selection of established and emerging artists – from Gold Coast alternative pop queen Ella Fence to folksy-roots gem Calan Mai and country great Casey Barnes. He works with artists to perfect their original songs before recording and producing them.

He said the influx of people from the southern states wanting to move to Queensland and Northern NSW has brought more creative talent to the region.

“Southern Cross Uni has campuses across Coffs Harbour, Lismore and on the Gold Coast – one next to Gold Coast Airport and the other in partnership with TAFE at Coomera – and so with the recent influx of people wanting to move to South East Queensland and Northern NSW from Sydney and Victoria, we’ve seen increased domestic demand for our courses, particularly our music and creative offerings,” Brad says.

“Location is a huge benefit for students, with Lismore and Coomera campuses in the incredible corridor between Northern Rivers, Gold Coast and Brisbane, with exciting networking capability for students with industry. 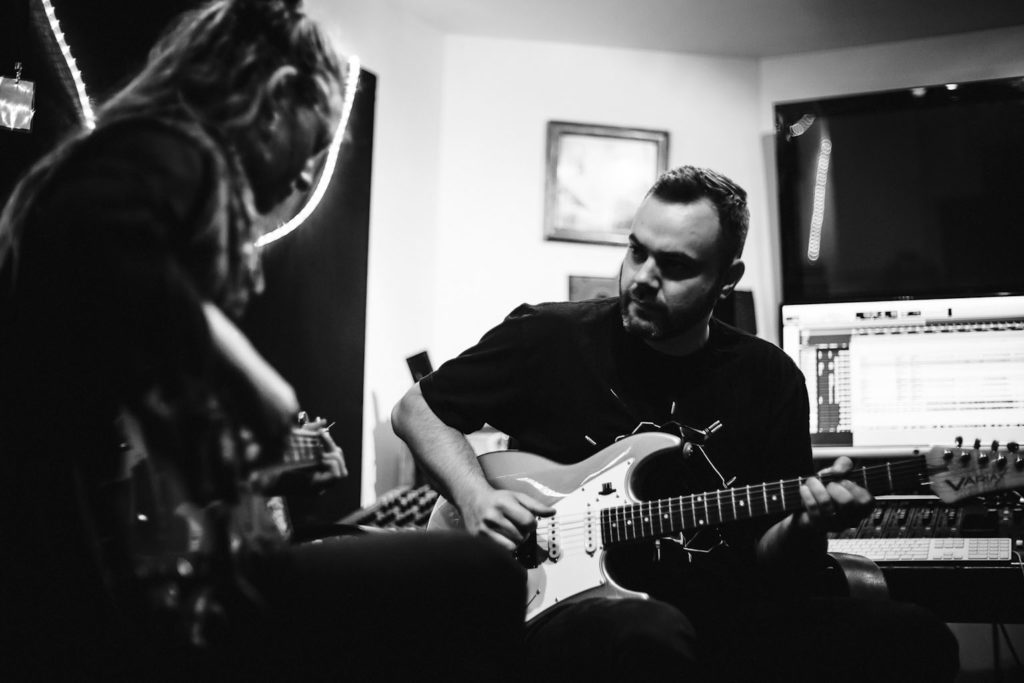 “We just wrapped up our audition process for Session 1, 2021, with more than 80 students now enrolled to start the degree across the Coomera and Lismore campuses, with many talented musicians and aspiring songwriters and producers auditioning and interviewing successfully.

“Applications for mid-year intake will open again soon, for those wanting to study the music degree at Lismore and Coomera campuses this July. We’ve also recently launched an Australian Exclusive Rolling Stone scholarship worth $15,000, which students can apply for ahead of our major 2022 music course intake.”

Brad says while 2020 was full of challenges for those working in the music industry, with cancelled tours, festivals, shows and restrictions on recording sessions, musicians are a collective creative force – one that has adapted and changed, using new platforms such as Zoom to write songs, collaborate and even conduct auditions for studying the degree.

While Brad’s touring plans were upended in 2020, he says he and Amy’s band were able to work on pre-recorded and live online shows for fans, play boutique live performances in domestic locations such as Hamilton Island, produce a live set for breakfast TV program Sunrise and craft Amy Shark’s live set for a national audience at the NRL grand final remotely from Brad’s Gold Coast home (one of his highlights).

When restrictions first hit, Brad was also part of the team of professors and educators who transformed Southern Cross University’s music degree in under two weeks so it could be delivered completely and innovatively online.

“Transitioning our industry-leading course online was a huge task but very rewarding, with students staying really engaged and taking the opportunity to write and collaborate from home while learning more about digital engagement, recording, producing, all while having access to exclusive workshops and sessions,” he says.

“Even our prestigious Gold Coast Music Awards event, supported by Southern Cross University, was streamed virtually across the globe to an audience of more than 21,000.”

Brad is currently working with Decodable Readers, writing and producing 40 songs and educational videos for children aged four to eight, as well as older students with learning difficulties, to teach them how to read and sound out words. The program will be rolled out in primary schools across the country this year.

So what else does 2021 have in store for Brad Hosking? 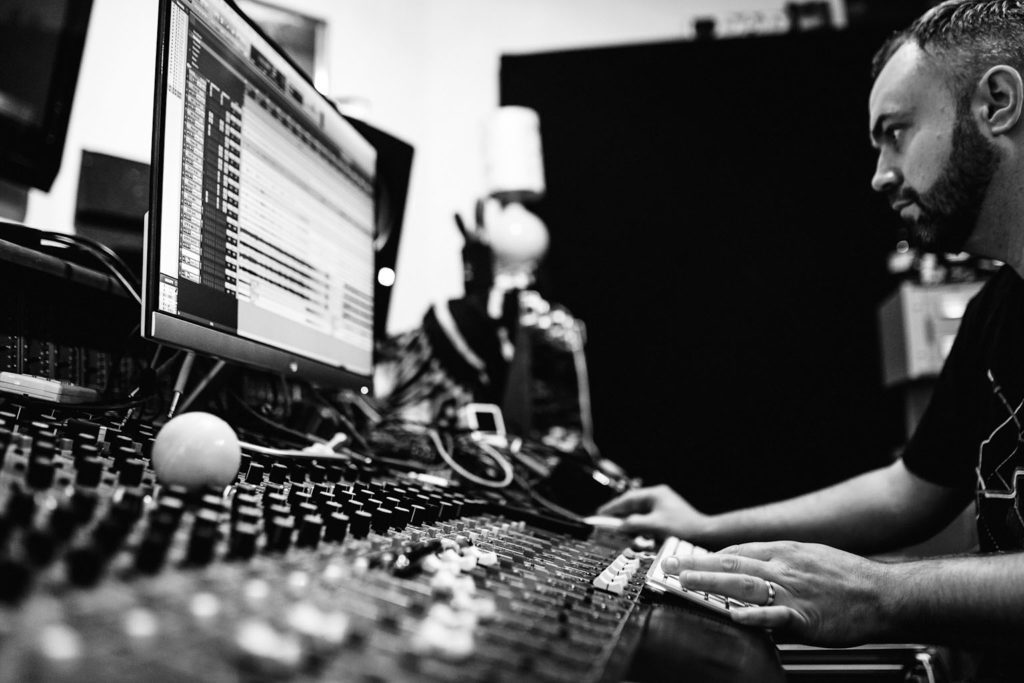 Brad is tight-lipped about details but says he had the honour of producing one of the album’s tracks.

“It’s such an honour to work with Amy again on her upcoming album as she spends a lot of time travelling the world to work with different songwriters such as Ed Sheeran and Travis Barker,” he says.

“It’s special getting back into the studio here at home on the Gold Coast to produce a track with her again, returning to where it all began.”

Amy Shark and her band will bring their national Cry Together tour to Australian audiences in June/July. The tour plays the Gold Coast’s Home of the Arts (HOTA) on June 25.