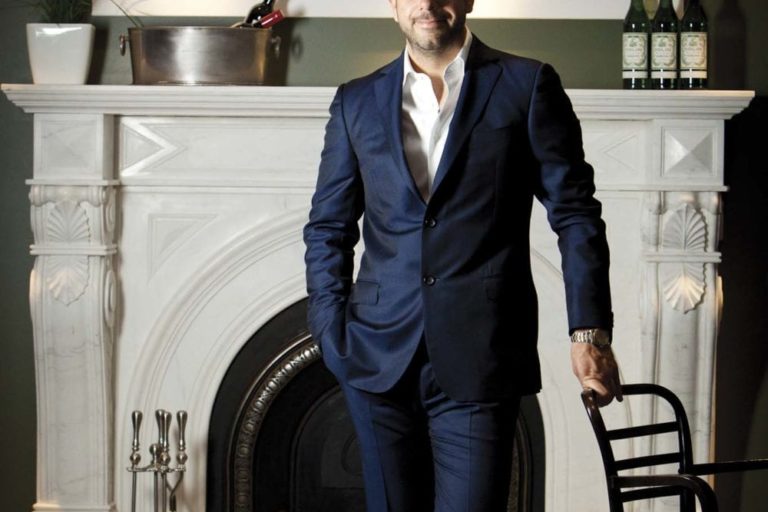 The Gold Coast is a relatively new home for me. After 16 months of living and breathing this sandy-toed, carefree lifestyle, I like to think I can find my way around, and I really like what I have found – and keep finding…

The coffee is great, breakfast culture is progressive and so too is the health food and lunchtime scene. Dining out becomes challenging as you scratch your chin deciding which cuisine you feel inclined to and what part of the coast you’re feeling like.
Like any good metropolitan area, there’s a mixture of foods as well as a plethora of bars that are really putting themselves on the map for innovative, compelling and exciting cocktails. We now have pop-up bars!
The food truck and street food scene are in the foreground and really align well with the very quintessential and perhaps pillar of Australian culture: the car park sausage sizzle!

The Gold Coast dining scene has been on the rise over the last five or six years. Young hospitality professionals are taking their chosen industry seriously, restaurants and bars are no longer the dumping grounds for the ‘washed up’ and college dropouts. 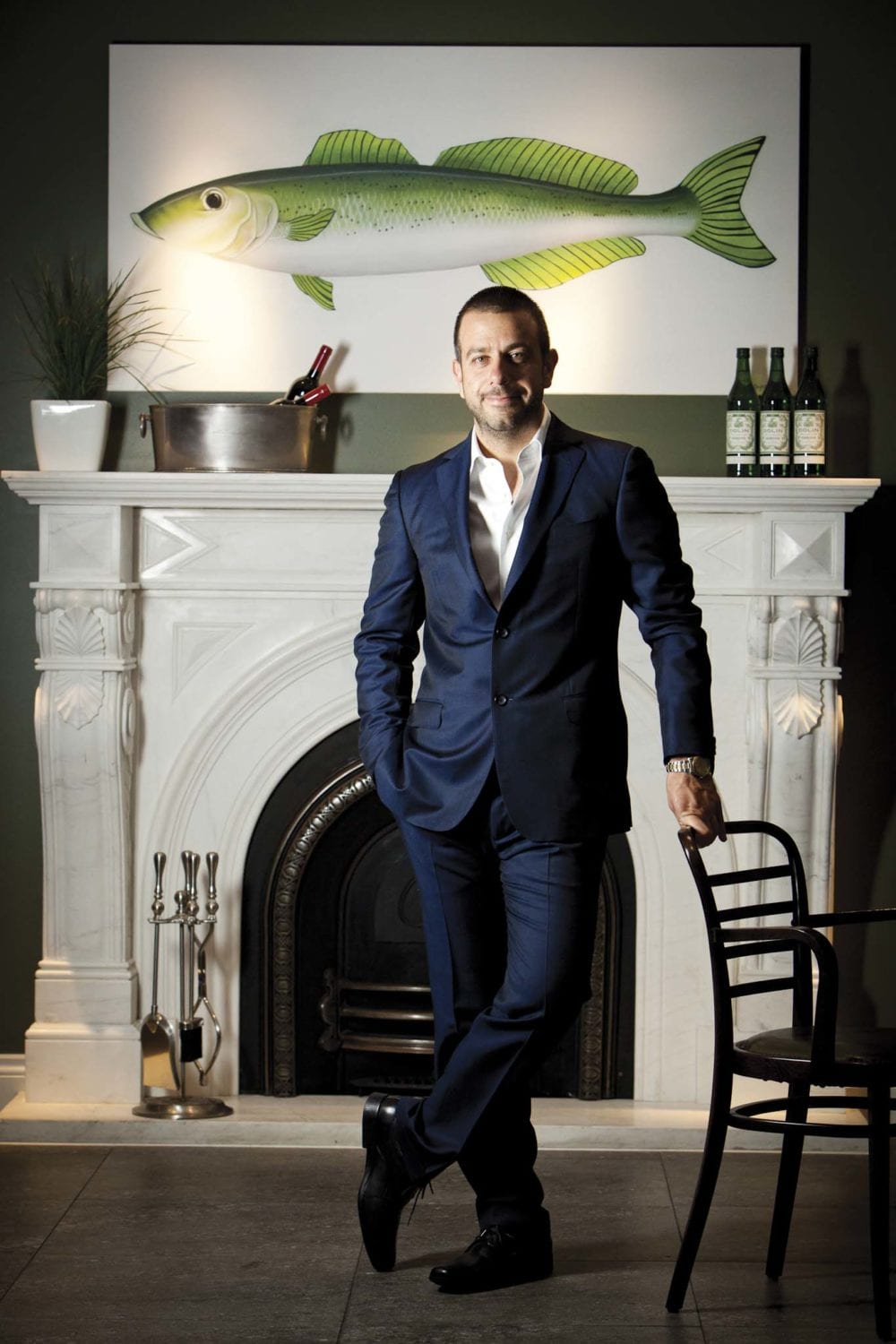 “ I just used to hang by the kitchen door and watch the entire thing, the food, the energy; to me at the time, it was nothing short of riveting” – Simon Gloftis

Born in Melbourne to a Greek father and Polish mother, Simon’s the middle son of three boys. With strong Greek family connections, Simon regularly visited his godfather’s restaurant Yianni’s in Abbotsford. His family upped and moved to the Gold Coast when he was a young age and Simon’s happily settled here.
Simon opened Three Beans (Broadbeach), Little Beans (Nobby Beach) and Piccolo (Marine Parade Miami), before focusing his attention on the well-known Hellenika and one of the coast’s most renowned eateries, The Fish House.
Of course, this didn’t happen overnight. Simon began his hospitality career as a dishwasher in a friend of the family’s restaurant before working as a pizza maker, a waiter, and then restaurant manager before then opening his very first café. He spent a short spell training as a real estate agent, but Simon admits that was a lost cause.

“I would come home at night and instead of studying real estate like I should have been, I was thinking about food,” Simon tells ORM. “Reading recipe books, talking about dishes and the like – it was then I realised I had to follow this path”.

In order to get his first restaurant Hellenika right, Simon took time out and spent several months in Greece eating and researching. On his return, he set about the inception of the Greek-inspired restaurant in Nobby Beach which opened its doors to the public in March 2010.
The Fish House followed, opening in November 2012. The restaurant was a show of Simon’s tastes and personality. Unrestrained, elegant, and showcasing the very best and freshest fish in the country, it truly warrants its accolades and reputation.

Hellenika was ahead of its time. From the word go, the venue was turning tables over twice if not three times a night, something that hadn’t been seen before.
This meant potential booking times were being pushed back into the realms of 8 o’clock or later, this was new ground. He carefully introduced the concept of sharing food. The fundamental starter, main and dessert ideology was thrown out the window to some degree. Instead, he encouraged and inspired people to eat from share plates and order as a table; helping instill the ‘European’ social interaction of eating.

Simon says his customers have ultimately “matured together”. He owes a great part of his success to a sizeable contingent of loyal customers here on the Coast – and doesn’t forget that.

Since he sold the Fish House in July of this year, rumours and whispers have been doing the rounds that he is set to open a new venue. Nothing is confirmed yet.
However, we can all rest assured that if that does happen, the new venture will be innovative, contemporary and progressive. In turn helping foster the already changing and now dynamic dining scene that now thrives here. 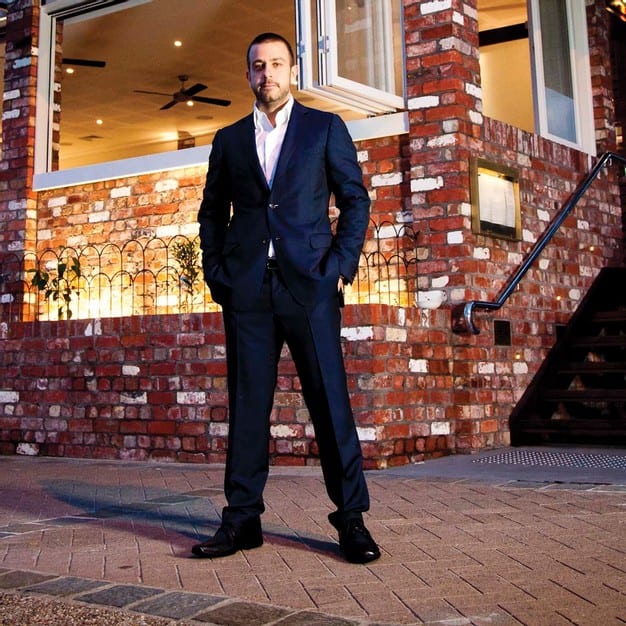 Simon’s become a kind of ‘pied piper’ of the restaurant scene here on the Coast. People who have previously worked for Simon – from chefs and waiters to baristas – have opened NINE popular venues from the Gold Coast to Darwin…

Connection: Jessica was a manager at The Fish House. Morgan was the head bar person at Hellenika.

Connection: Lucas was previously a chef at Hellenika.

Connection: He was first head chef at The Fish House.

Connection: Previously a waiter at Hellenika.

Connection: Previously a waiter at Hellenika.

Connection: Nerissa was previousy a barista at Piccolo and Little Beans.

Connection: Jai was chef at Hellenika when it first opened.

Connection: Nerissa was previousy a barista at Piccolo and Little Beans.

Connection: Shelley was Reservations and Duty Manager at The Fish House. 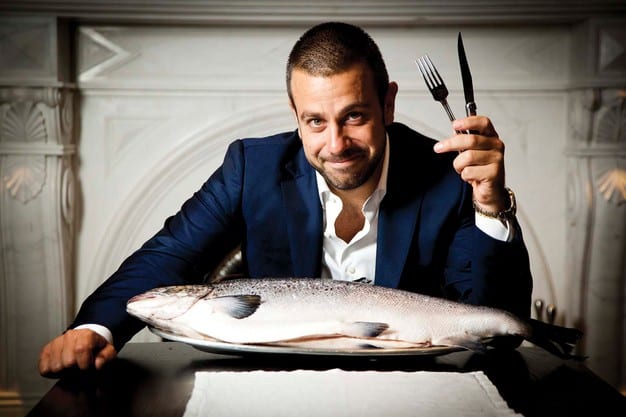 Mermaid Beach’s Bonita Bonita co-owner Morgan Walsh was previously a waitress at Hellenika. She tells ORM:
“Having worked for Simon in the past, I know he’s had a huge impact on the dining scene on the Gold Coast. Hellenika was probably one of the first restaurants that helped kick start the restaurant revolution in the area. He has a natural charm and charisma and has always been very good at building teams and making his staff and customers feel valued.

“Simon’s very passionate and educated when it comes to food, he lives and breathes it! He knows his style and is very good at getting his kitchen and floor team to execute his vision.”

Lee Donily co-owner of Hank, Broadbeach, and Pablo Pablo in Palm Beach was previously a waiter at Hellenikia. He tells ORM:
“Simon has created some world-class venues. These venues make up a big part of the Gold Coast’s dining scene and help set the bar for food, service and atmosphere. His influence will have a lasting effect on the dining scene on the Gold Coast for years to come.

“I think growing up on the Coast in a Greek family that really have a love for food has given Simon the ability to understand the Gold Coast and where it is going. Coupled with his love of travel and the drive to complete his creations to the highest level; I think all of the above make him not just well respected in the hospitality world but also the business realm in general”.

Jai Mathews now owns and runs one of Darwin’s most sought after Tapas Bars, PM Eat & Drink. He worked for Simon as a chef at Hellenika when it first opened, before making the move to the Northern Territory.

“It would to be hard to find a restaurant owner that’s as passionate about food as Simon, that isn’t a chef! His number one priority is the customer.

“Simon was definitely a pioneer. He’s a leader in the GC food scene, always wanting to do something different and better. The Gold Coast dining scene was pretty boring, everything aimed at tourists and a couple of fine dining restaurants. Simon opened a big, beautiful restaurant in the suburbs doing everything different to what his locals were used to.”

Shelly Greaves, co-owner of Jimmy Wah’s in Burleigh Heads was previously Reservations and Duty Manager at The Fish House:

“Simon started the shift that was needed here on the Coast. From Three Beans setting the benchmark with coffee to then opening Hellenika.
“Nobby Beach was a sleeping giant a few years back and it was a gamble for such a big project. Yet the standard of food and particularly being ethnic food with amazing service really helped open that scene up.

“The Fish House was probably the pinnacle of what the Gold Coast’s dining scene has been about, and really helped put us on the map. He’s undoubtedly helped the young entrepreneurs that have worked for him and then gone on to open their own businesses by giving them ultimately, I guess, the confidence to do it.”

“In the last five years, the quantity and more importantly quality, of restaurants on the coast has boomed.

“I think the gold coast will be spoilt for choice in the future. And at the rate we are improving, there’s no reason why we can’t have some of the best restaurants in Australia, right here on the Gold Coast.

“Simon has set the bar high. He has a high standard and, with the help of his team who he treats well, puts out a consistent produce day after day.

The real key is his sincerity, obvious love for food and good service. He hasn’t compromised on ingredients, management and staff, fit out or consistency of his product. All these things equal success”.