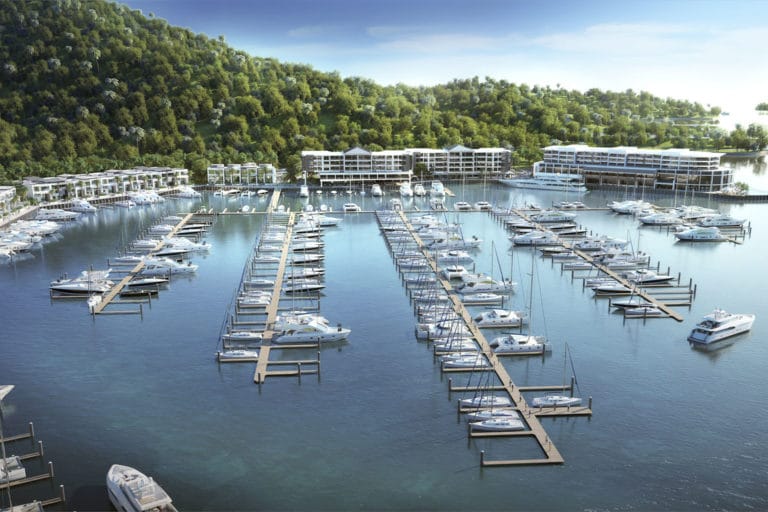 The first resort and marina precinct in almost 20 years is set to be launched in the Whitsundays.

The $350 million Shute Harbour Marina Resort was officially unveiled to the market on Saturday, April 30.

The approved project aims to transform the natural safe haven of Shute Harbour into a world-class 395-berth marina. The master planned foreshore development will feature a resort hotel alongside an extensive residential precinct featuring restaurants, retail outlets and marine services.

Shute Harbour Marina Resort will be the first major marina and residential development in the Whitsundays since 2006 and will create the ultimate waterfront lifestyle for residents and tourists in one of the world’s most sought after sailing locations.

The multi-use marina, located on a prime 28ha waterfront site, will tap into a critical shortage of secure cyclone protected boat moorings in the state’s north. 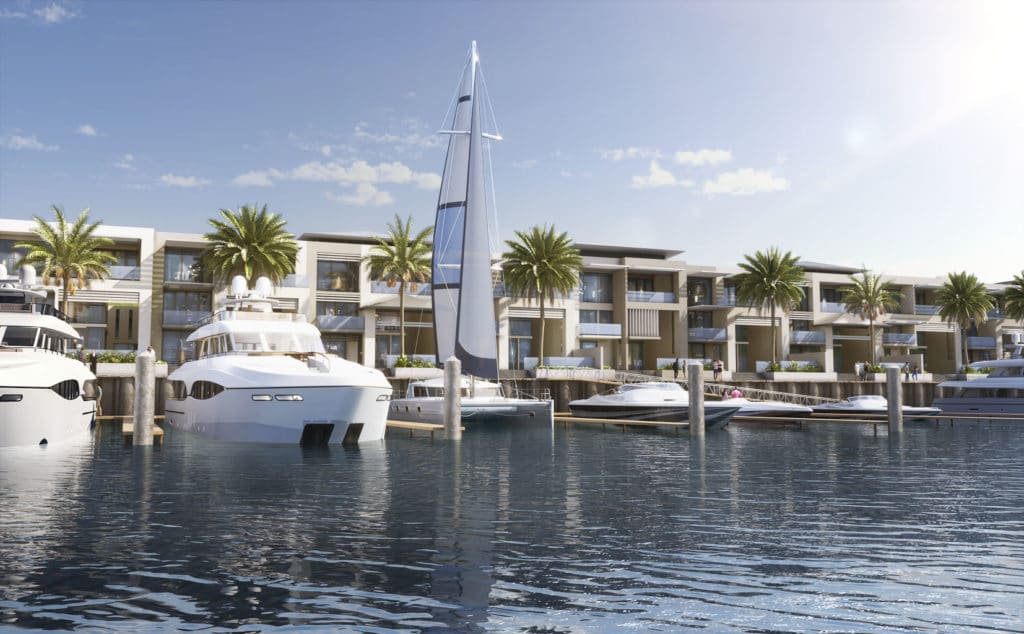 The marina resort will provide a much-needed boost for post-Covid tourism in the Whitsundays region and create 700 jobs during and post-construction.

Shute Harbour Marina Resort will also include a new commercial hub known as Pier 61, as part of a master-planned marina plaza that will create a range of new retail and commercial outlets for the waterfront development.

“This is a development of regional and state significance that will deliver enormous benefit to the local economy,” said Project Director Mark Daniels, who heads a consortium developing the project.

“Shute Harbour is the gateway to the Whitsundays, with an outstanding marina location, and our plans will bring much needed tourism infrastructure to the region and complement the township’s existing tourism and marine facilities.

“In particular, we’ve seen growing demand for marina berths in recent years and this is an exceptional offering that delivers a highly accessible mainland residential marina resort with a superb range of amenities and supporting services.” 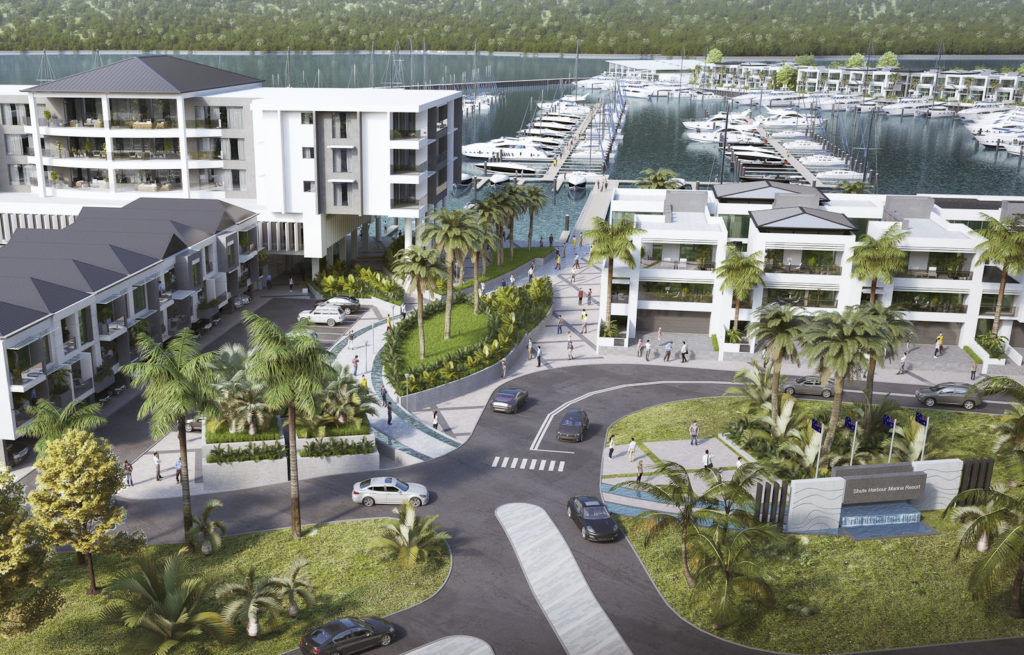 The Shute Harbour Marina Resort master plan comprises 58 managed resort dwellings, each with their own private marina berths of 25 to 35 metres at their doorstep; managed apartments with resort club facilities; and a 100-plus room resort hotel, including function and meeting rooms, bars, restaurants, swimming pool and undercover parking.

The entire precinct will be linked by public boardwalks, lookout spaces and seating throughout, with plans to also establish new public parks and a community cyclone shelter on site.

Shute Harbour Marina Resort is poised to become a popular destination for residents, locals and tourists who will be drawn to the village-style precinct that will host a marina cafe and bar, marina club, supermarket, bottle shop, marina office, chandlery, marine electronics and charter operators. A number of potential tenants have expressed keen interest on letting opportunities within the village.

The project is being undertaken by an Australian consortium headed by Mark Daniels, Mark McLachlan, Greg Phillips and Sam Wade.

The consortium members have a combined 70 years’ experience in the development industry with a collective delivery of projects to the tune of $1.25 billion.

Mr Daniels, who has extensive experience in project delivery in the Whitsundays region over the past decade, said the development is a game-changer for Shute Harbour which is set to benefit from the recent reopening of international borders.

Marina berths will range from 10 to 35 metres for mono and multi-hull craft, while the proposed land and berth packages will include marina facilities to accommodate boats up to 35 metres. Berths are priced between $175,000 and $1 million, with each berth sold on a 99-year lease. 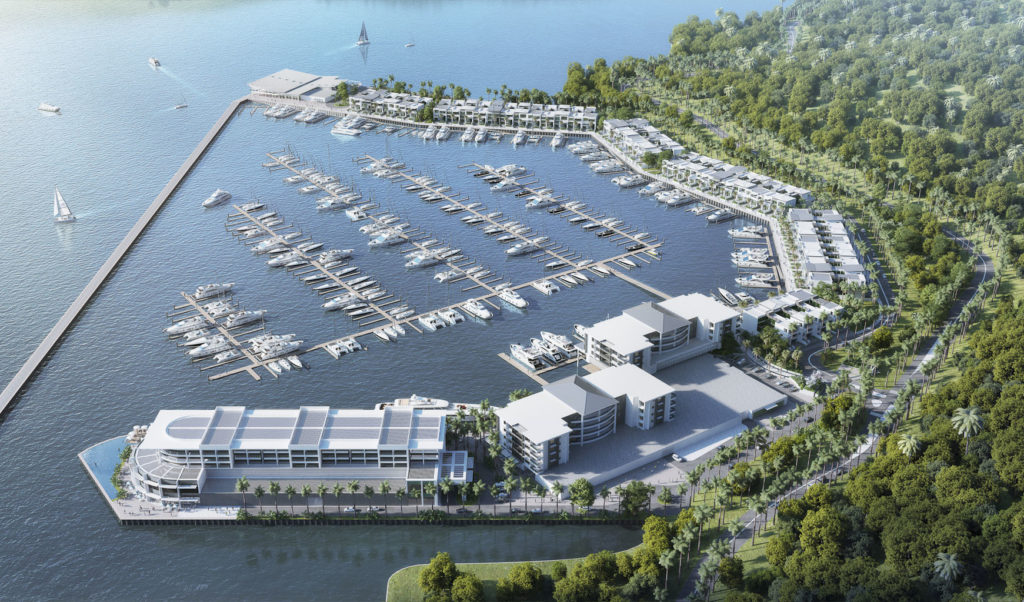 Stage one will offer free-hold residential waterfront sites of 440sqm which are earmarked for two- and three-storey design concepts. Land-and-berth prices start from $1.75 million. Expressions of interest are also being taken on future stages which will include marina loft apartments and plaza terrace homes.

Development of the first stage of Shute Harbour Marina Resort, which will include the marina and the stage-one release of land and marina berths, is expected to take two years to complete. Construction is targeted to commence in 12 months.

Shute Harbour Marina Resort has taken 20 years to gain all necessary approvals to proceed and was identified as a project of significance by the Queensland Government in 2006. 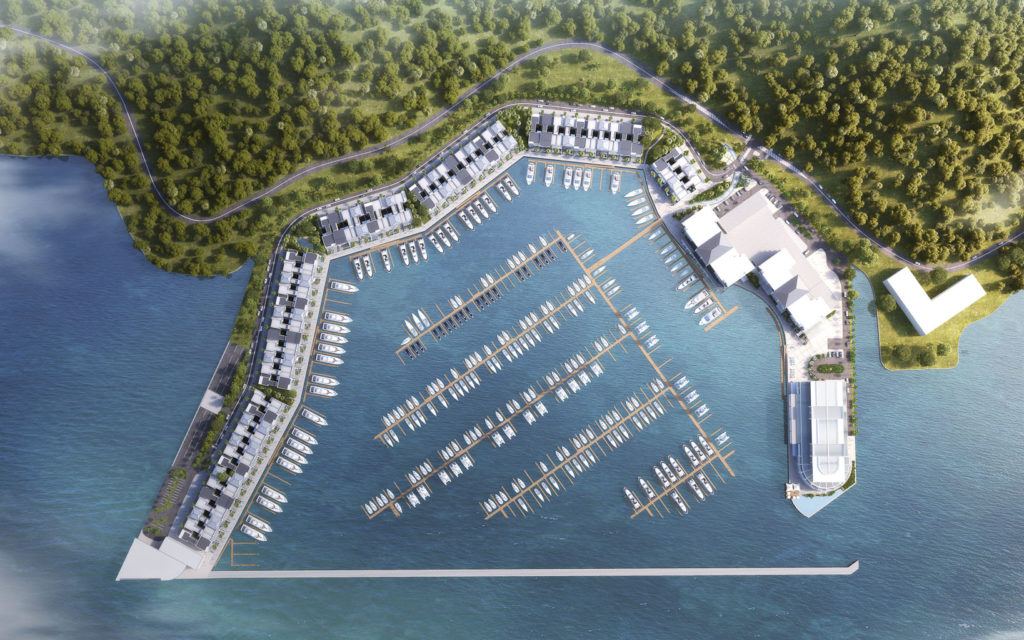 The project benefits from its accessibility by air with three regional airports located within 30-minute to 90-minute drive.

The Whitsundays has a population of more than 35,500 people with tourism among the major contributors to the region’s $5.9 billion economy.