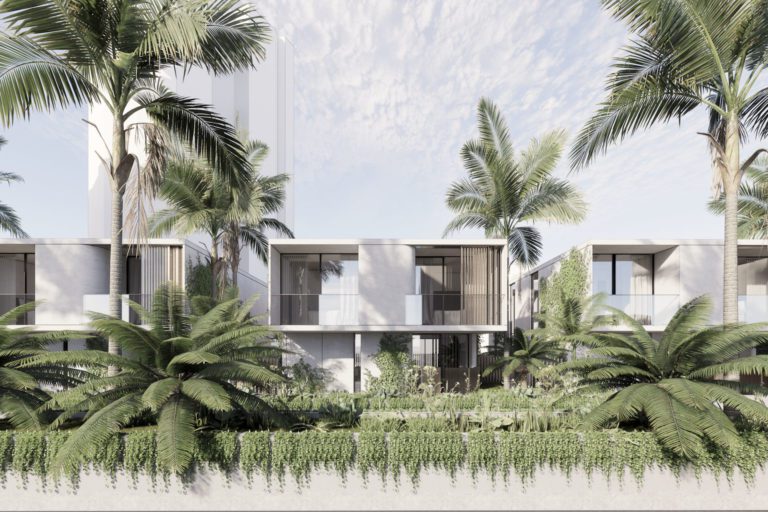 An ultra-luxurious new era is beckoning for Runaway Bay with plans for the first residential tower to be developed in the idyllic Gold Coast waterfront enclave for almost 30 years. 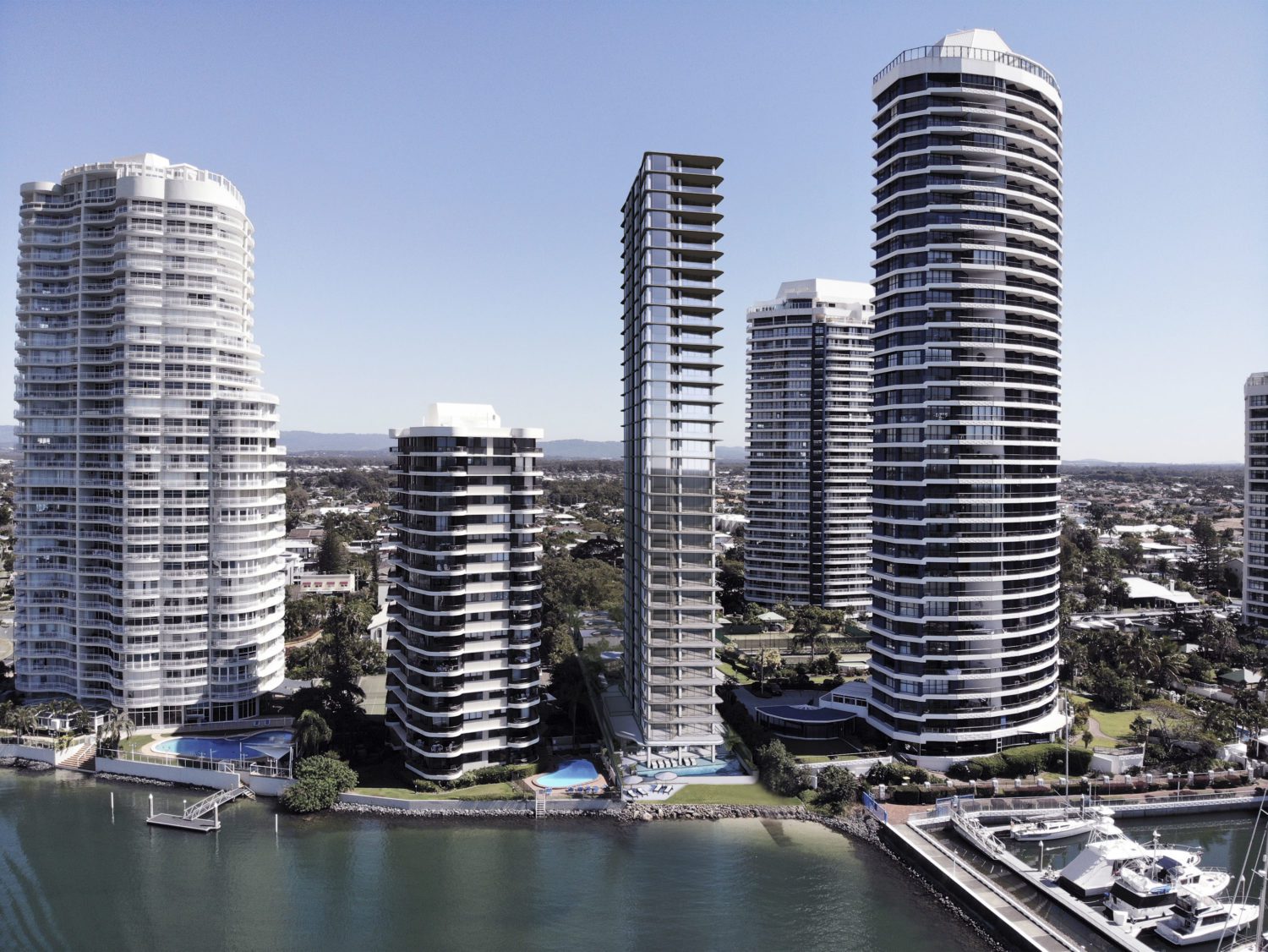 Under its development proposal, the joint venture project will transform a 3116sqm one of a kind, waters-edge site at 13-15 Bayview Street that stretches to the edge of the Broadwater.

Inspired by the iconic Palm Springs aesthetic, Belvue will be an opulent oasis home to three- and four-bedroom floorplans, with each whole-floor apartment spanning 323sqm.

Also integrated into the development will be three exclusive detached villas — each with a sprawling 510sqm of living space, including three bedrooms and three bathrooms, over three levels with basement carparking and a man cave. 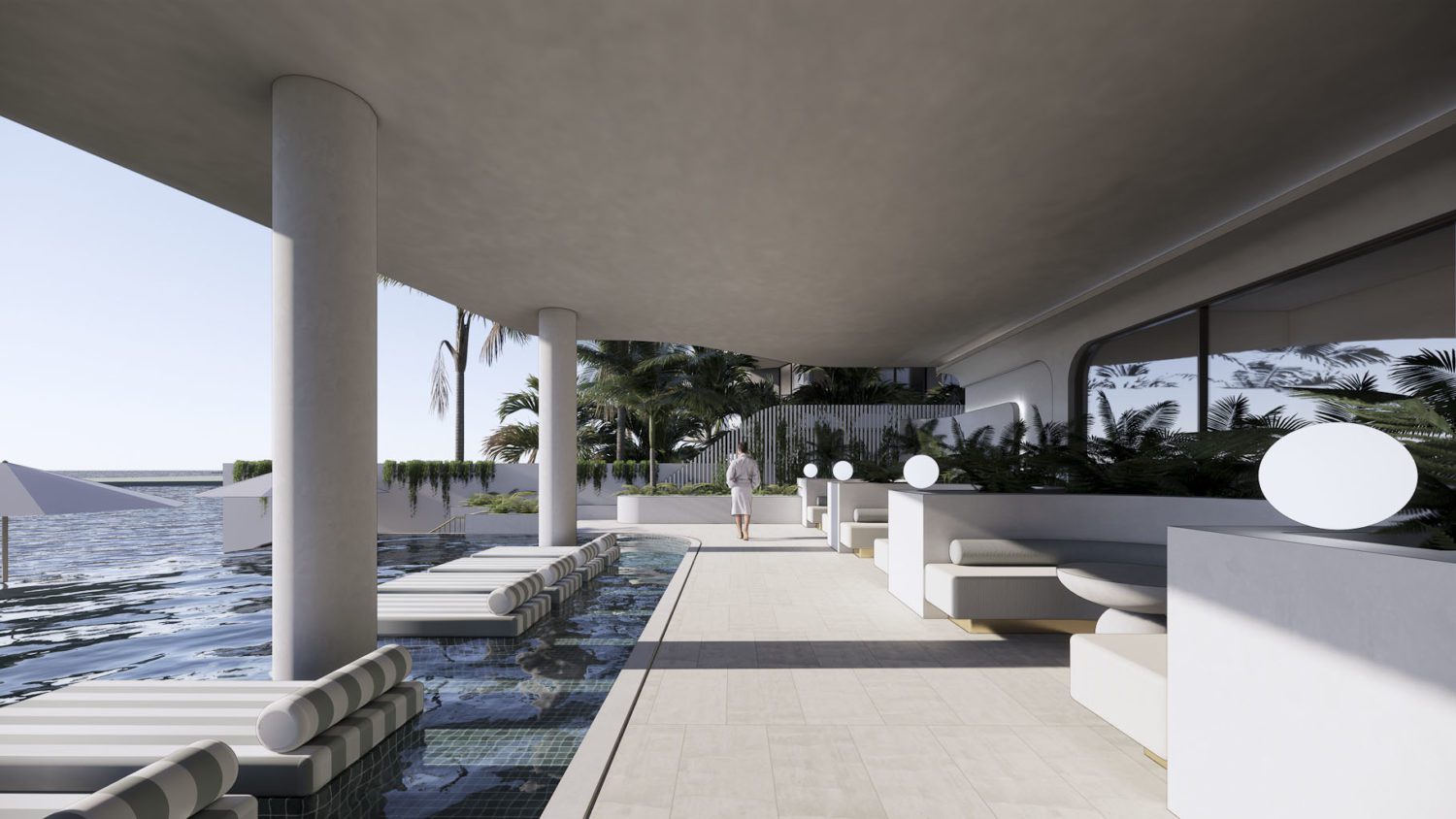 Designed by Plus Architecture, Belvue is a lavish secure gated estate and liveable statement in contemporary coastal living and sophistication. The projects leading edge architecture will redefine Gold Coast high-rise lifestyle and reinvigorate its surrounds.

“Runaway Bay’s development history dates back to the 1970s and it set the benchmark for residential apartment living on the Gold Coast in the 1980s and 1990s,” said Alex Polites on behalf of the joint venture.

“But since then, the Gold Coast has evolved into a sophisticated city envied not just as a holiday destination but for its coastal lifestyle. Now, finally, the time has come for the reinvigoration of Runaway Bay as one of the Gold Coast’s premier waterfront residential addresses.

“All of the 34 luxury residences in Belvue will offer a new design benchmark and the ultimate in sophisticated coastal living.” 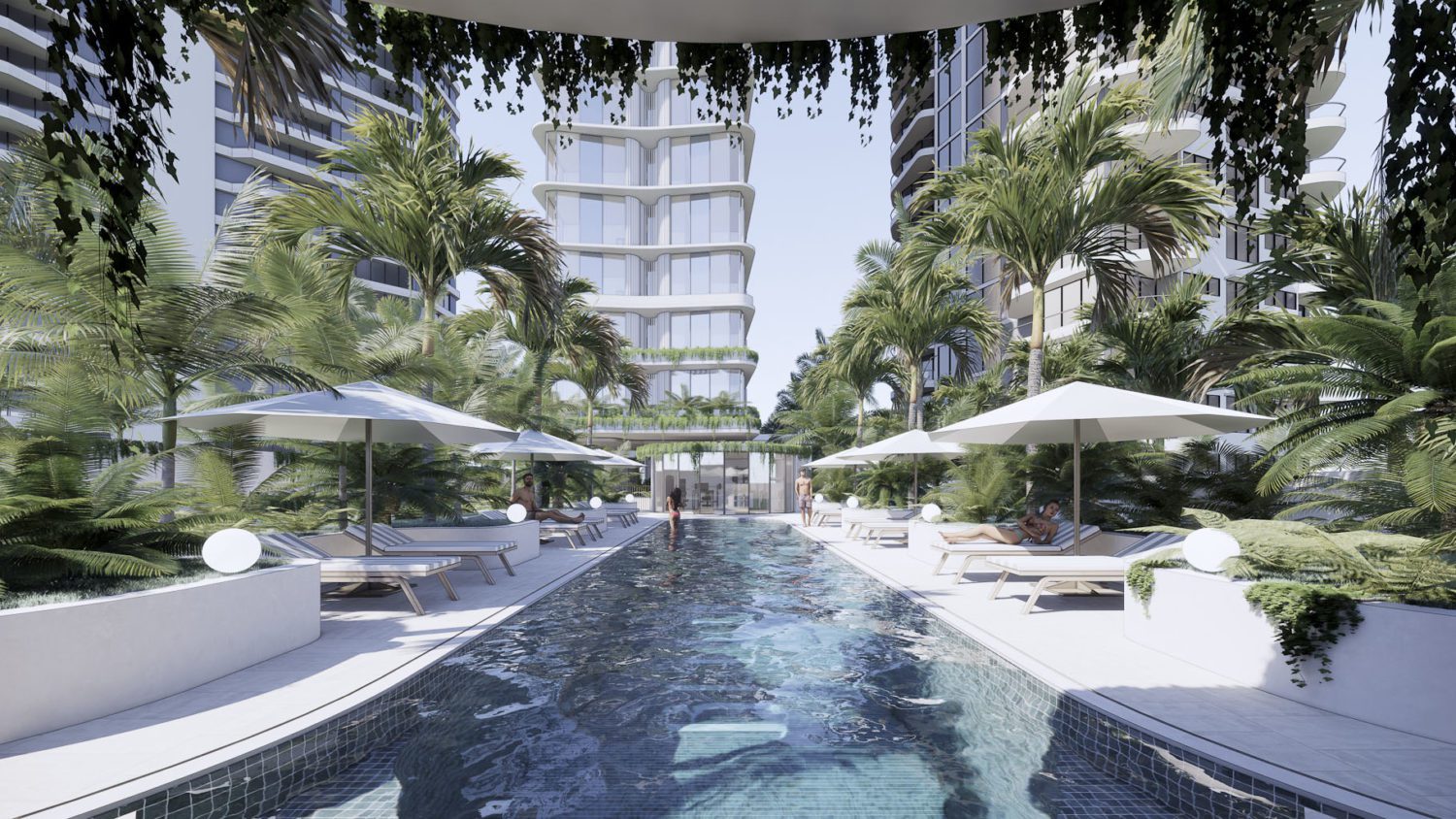 Mr Grasso said Belvue had been meticulously designed to capture the most amazing views the Gold Coast and to create a private resort-style atmosphere on one of the Gold Coast’s quietest and most exclusive Broadwater enclaves.

“Our team has spent a lot of time designing and curating what we believe will be a highly unique luxurious residential offering for this pristine part of the Coast,” said Mr Grasso.

“Our floorplans have been designed with the owner-occupier in mind, offering a larger style of living and a new level of luxury for the suburb. We believe the project will be well received by council, and the community and provide a much-needed injection into the northern reaches of the Broadwater.

“We’ve combined years of resources, knowledge and experience to create something very special and we look forward to taking it to the market in due course.”

Belvue won’t be Polites first foray into joint ventures, coming in quick succession to the company’s partnership with Ignite Projects which saw the complete sell-out of all 34 apartments in their ‘Cabana’ Palm Beach project in just 8 weeks. 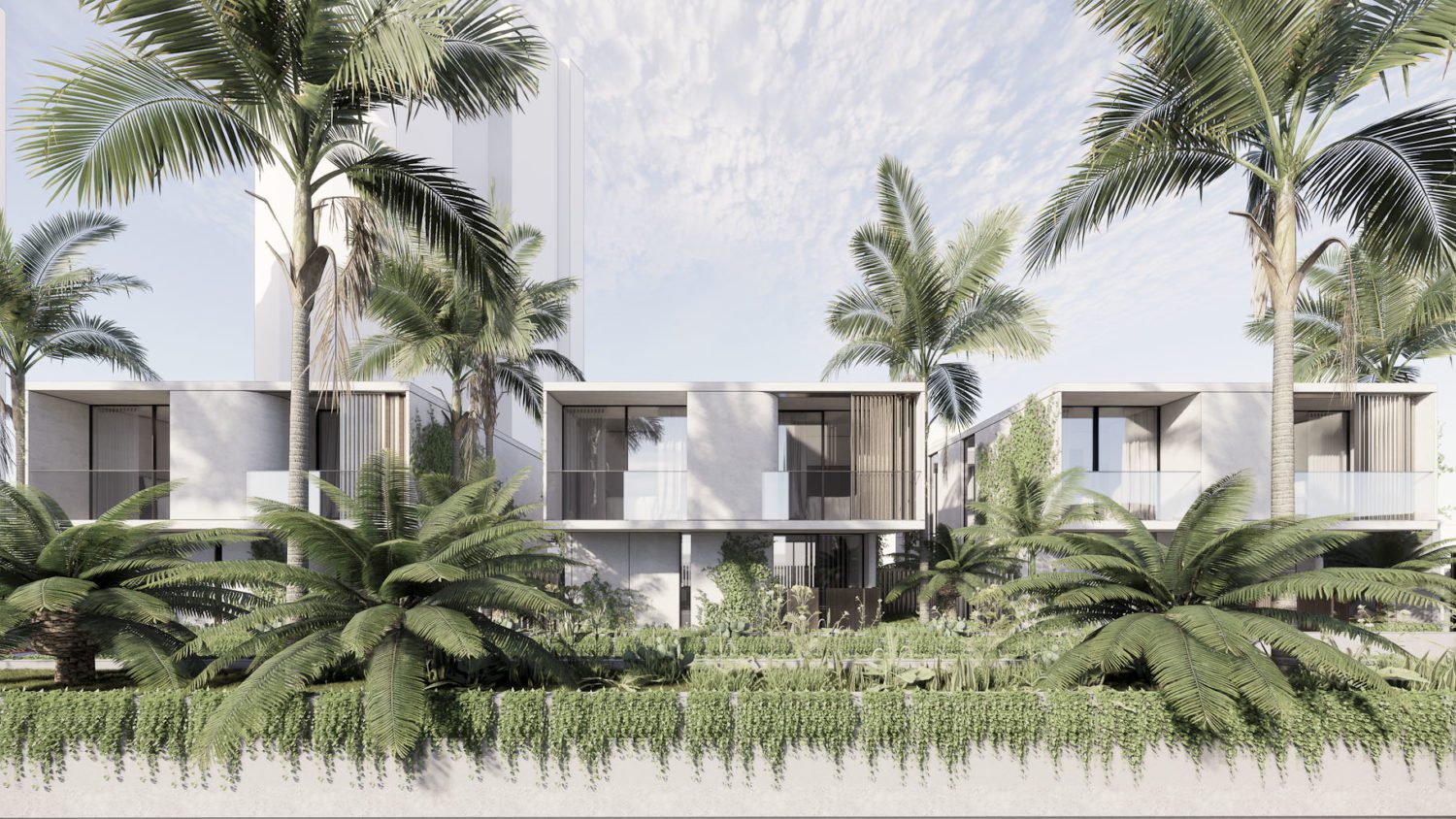 Polites Property Group is headed by identical twins Alex and Marcus Polites, who are from a family with a well-established property pedigree. They are the grandsons of the late property tycoon Con Polites from Adelaide, South Australia, and have followed in his footsteps by forging their own paths in the industry in Queensland, where they were raised and went to school.

Monaco Property Group is an active and diversified property development and investment firm headed by Jonathan Grasso and Jay McPhee, with a profile of developing high quality residential, commercial and industrial assets throughout Australia.

The founding directors have a strong track record in property development, with Mr Grasso’s background in several residential and commercial projects in Queensland and Mr McPhee’s background at McPhee Distributions Services and Industrial development – a 5th generation family run business and Australia’s most innovative third-party warehousing supplier supporting Australasian businesses. The company was established almost a century ago and holds a $1 billion portfolio.